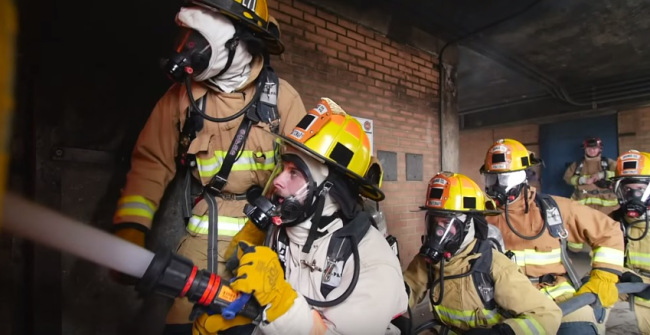 So, last week, Hulk Hogan said shit about black people. He was fired and The Miz was hired to be the new judge on the show. The Miz saved Amanda. Paige went nuts, as did half the WWE Universe and Daniel Bryan was like, “I wish I was on Total Divas right now”. Oh, the memories. Anyhow, we’re on the seventh episode and all bets are off if the last save/elimination are any indication. Let’s see how much more screwed up this show gets…

And we are LIVE(!) from Full Sail University in Florida for WWE Tough Enough!

Renee Young and Chris Jericho introduce us to our judges which STILL features The Miz. The Miz hits on Amanda again and likes Tanner and Sara. Paige likes Josh and GiGi. Daniel Bryan likes Chelsea and ZZ.

Barracks
The contestants are on edge due to what happened. GiGi’s just glad that he won’t be able to “use another save”. Amanda says she has “potential” and that’s why she was saved. Chelsea says that The Miz was looking at something other than Amanda’s “potential”. Amanda’s basically like, “whatevs, bitch”. ZZ whines about wanting to be here. Tanner and Josh gang up on him before ZZ loses it and tells them not to acknowledge him anymore.

Gym
Gunn, Booker and Lita want to some cardio to start things out. ZZ can’t keep up and nearly throws up. Gunn tells him to leave the ring. The competitors have to create their own little sequences. ZZ nearly kills the trainer on the first hip toss, but manages to rebound. The other competitors wince at how terrible he is. Tanner is paired with him and ZZ manages to pull off a 360 body slam which “impresses” the judges. Meanwhile, GiGi can barely perform her moves while Sara nearly drops her on her neck and head. Chelsea and Amanda face off next and they’re basically like Emma vs. Eva Marie. It’s pitiful. Josh and Tanner work together and they work well together.

Gunn says that Tanner and Josh worked well but that Tanner and ZZ sucked. Gunn chides ZZ for being lazy. ZZ isn’t able to shut up about being from Louisiana and says he’s an “alligator”. He gets tired. Like an alligator. Nope, that’s just not it, ZZ.

Barracks
Josh heard about Tanner’s fail in the hot tube with Chelsea because this angle, like Zack Ryder’s occasional wrestling spots, just won’t go away. He wants to help Tanner out with Chelsea. He wants Tanner to hit on him. Tanner hits on him. Hardcore hits on him. Tanner even whispers in his ear that “the bedroom is right down that hall”. Josh thinks Tanner’s gay.

GiGi whines to Sara about being “dropped on her head”. Sara calls her a liar. More bickering. Seriously, every single female segment is written like this.

Gym
ZZ is working out HARD. Josh talks him up and says that ZZ needs to remain focused and not lose sight of what’s important.


Central Florida Fire Institute
The recruits are here. Fire tests are done here. So, that’s why The Prime Time Players are here: to say stuff about the recruits and this building. They need to “work as a team” to put out the first in the building and get the “victims” out. ZZ, as it turns out, was a “volunteer firefighter” and this is “right up his swamp”. Like an alligator, he will adapt to the heat. Just kidding. He didn’t say that last part.

ZZ, Tanner, Chelsea and Amanda do the thing in 12:02, while PTP (wearing the tag belts like they’re on defense 24/7) cheer them on. Team Josh does it in like 14 minutes.

Barracks
Tanner and Josh sit ZZ down. They ask how ZZ feels about this week. He’s unsure, as always. Meanwhile, Amanda and Chelsea jaw about how Chelsea was trying to show off. Chelsea says she’s here to win. Amanda bitches about what the judges told her. Chelsea says the only reason Amanda’s here is because of The Miz. They bicker and Amanda says she’s hotter. Chelsea throws something at her.


Arena
The Miz puts Amanda in the Bottom 3 because she let Miz’s bullshit go to her head. Oh, the irony. Everyone tries to come down on ZZ for his weight because that’s always a standby when there’s no other material. Paige criticizes Chelsea for selling stuff. Bryan says that nobody is saying they’re sorry for not-really-injuring one another.

In other news, Paige wants to fucking kill Miz for the second week in a row.


And wouldn’t you know it, THE VIEWERS VOTED GIGI OFF THE SHOW. So, that happened. Anyhow, Chelsea’s going home, marking the second undeserved elimination of the show. Amanda should have been gone but is only being saved because Miz has a boner for her. It should have been GiGi, Amanda and Chelsea with Amanda going home. The judging on this show is embarrassing.

Matt Perri is one of those literary Ronin you’ve never heard of until he shows up and tells you he’s a literary Ronin. He’s a native Californian, a film buff, old school gamer geek, and a sports/entertainment fan. A lifelong Giants, 49ers and Sharks fan, he also covers the world of pro-wrestling, writing recaps for WWE Monday Night RAW and Total Divas at Scott’s Blog of Doom. You can follow the guy on Twitter via @PerriTheSmark as well as here at The Workprint and his own blog, We Hate Your Gimmick.
@PerriTheSmark
Previous ‘Mr. Robot’ Review: Elliot mourns while Angela deals with Colby
Next Pretty Little Liars: “The Last Dance” Review