Let’s be frank about this right up front: Disney’s Tomorrowland is not for everyone. In fact, in a world dominated by cynicism and haters, the number of people that might actually find it appealing is quite small. And to be totally honest that makes me sad.

It makes me sad because on one hand it means that a large portion of moviegoers around the world are going to miss this genuinely wonderful film due some undeservedly sour word of mouth. But it also makes me sad because it proves the saddest part of the movie’s core message in that we as humanity are embracing negativity and blindly trudging along through the worst of circumstances without doing anything to change things for the better.

Does this sound a tad heavy for a PG-rated science fiction adventure starring George Clooney? Yeah, it probably is. But isn’t any good piece of science fiction a little heavier than it appears on the surface?

I totally understand the complaints that Tomorrowland‘s screenplay by director Brad Bird and Damon Lindelof) is a bit heavy-handed in its’ messaging, but at the same time this is a “Disney film” in the strongest possible meaning of that label and one should absolutely expect that to be the case. Classic Disney films have a history of preaching great moral lessons and ideals and this film fits into that tradition like a glove.

But what also makes Tomorrowland so reminiscent of the Disney films of old is the sense of wonderment lurking around every scene change. In telling the story of an idealistic young woman (Britt Robertson) learning the truth about a perfect city of the future existing in another dimension, Brad Bird delivers an adventure that had me grinning like a little boy at every twist and turn of this futuristic fable. My eyes widened in wonderment at the visions of the future unfolding in front of me through Claudio Miranda’s beautifully crisp cinematography and Michael Giacchino’s rousing score. Throw in some perfectly choreographed action scenes that deliver genuine thrills and you’ve got a movie that honestly made me feel like a kid again.

And yes, the adult in me could spot the preachiness of the plot and the somewhat puzzling depiction of the film’s “villain” (Hugh Laurie), but when all was said and done I just didn’t care. Tomorrowland took me on a thrilling, emotional journey for two hours and by the time it reached the stunningly beautiful final shot I couldn’t help but smile and wipe a perfectly earned tear from my eye. 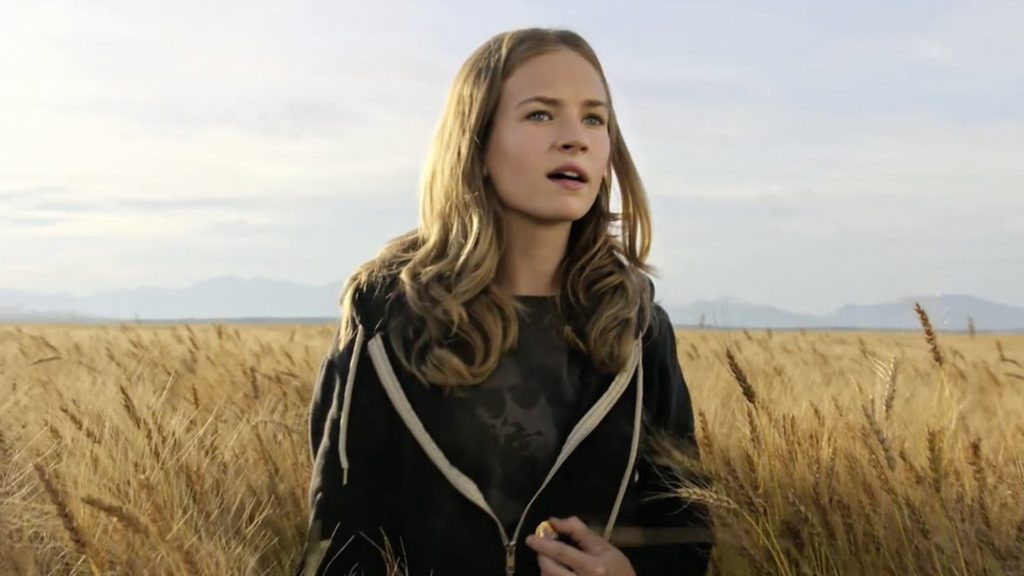 I’ve avoided saying much about the plot of film because I truly believe that this is a movie best left discovered as the story unfolds in front of you instead of being given everything ahead of time as happens with most blockbusters nowadays. There’s something about the film’s sense of mystery and never quite knowing where it’s going to go next that adds to it’s excitement. But in the end this is a film very openly about the power of positive thinking and hope. And yeah, that might sound a little cheesy, but that’s the kind of film this is and it doesn’t apologize for it. Nor should it.

And if you can’t handle that please just leave it alone and spare my fellow optimists from the buzz kill of cynicism that is likely to surround this film until it finds the audience it deserves. Those of you with open minds and big hearts are in for a treat so don’t let the naysayers keep you away.

Now excuse me while I go listen to John Lennon’s “Imagine” while building a jetpack.

@theworkprint
Follow
Previous article
Dancing With the Stars Review: And the Winner Is …
Next article
‘Supergirl’ First Impressions: Heroism With A Slice of Cheese, Please