‘The Theory of Everything’ is…well…Everything 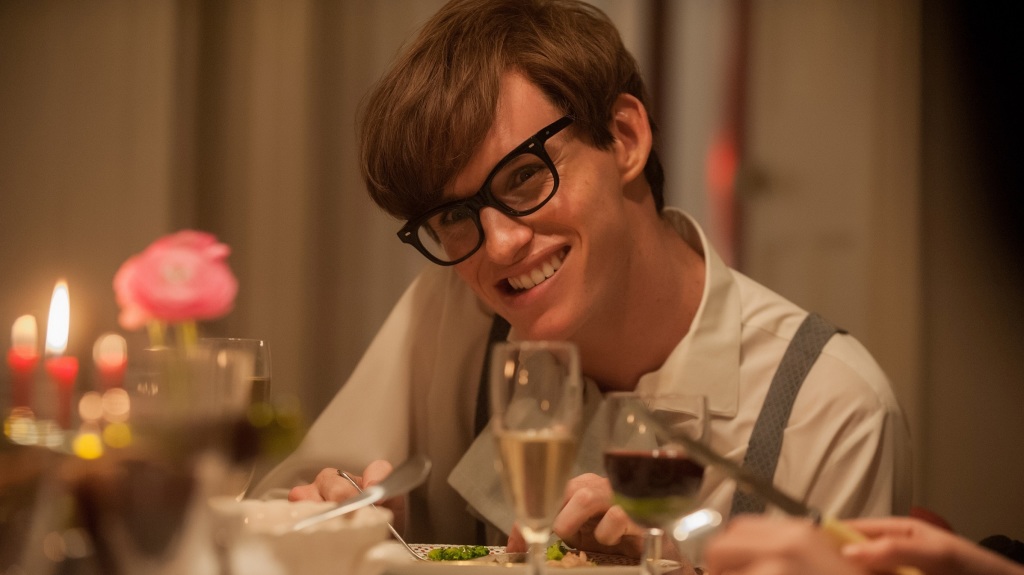 The Theory of Everything

A film as classy and delicate as The Theory of Everything very much deserves descriptions beyond basic, modern-day slang but it really is true that this film is “everything.” With remarkable performances and a screenplay that is both witty and touching you’ll find yourself holding back tears at this real life love story of a scientific icon and the woman who stood by him through the most difficult of health challenges.

Stephen Hawking is one of those rare academics in the modern era that has actually risen to a level of celebrity. One might be tempted to chalk this up to the fact that he’s achieved everything he has while also combating the ravages of Lou Gehrig’s Disease, but health problems or not, Hawking is one of the most exceptional minds in scientific history and the theories he has put forth will likely stand the test of time longer than most elements of pop culture.

But in many ways Theory of Everything, a biopic of Hawking, isn’t about those scientific achievements at all. Those speak for themselves. Instead, the film is about the immeasurable love between him and his first love, Jane, who stood beside him and raised a family that would become a completely unconventional yet beautiful and honest one. 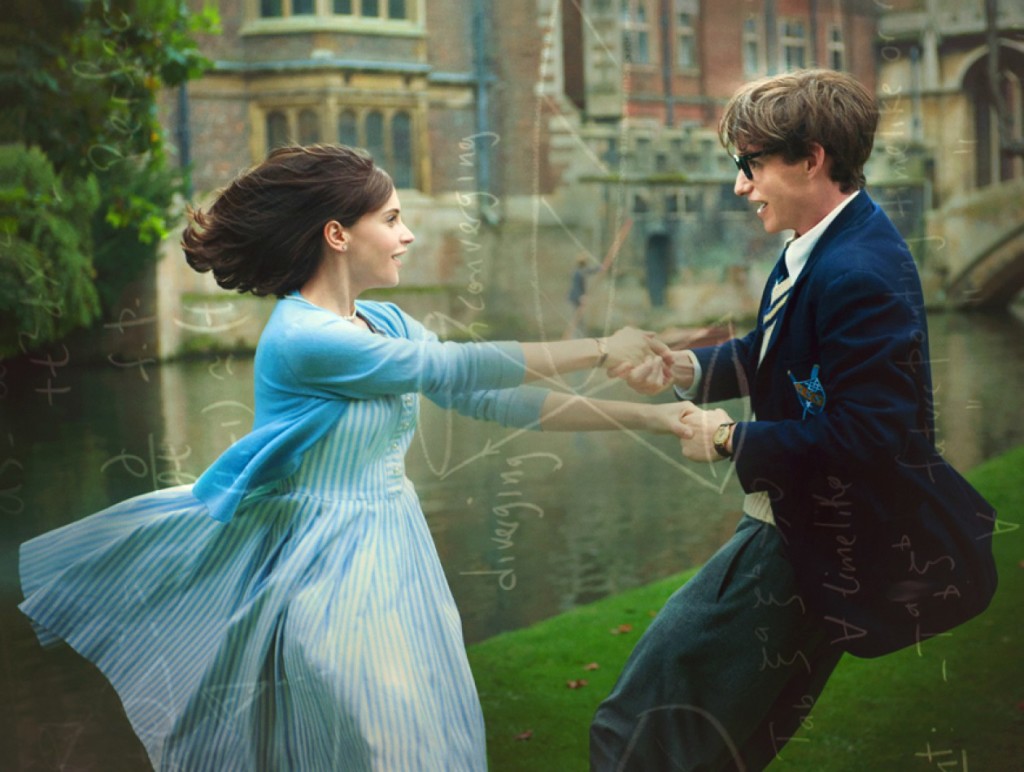 As played by the spectacular Eddie Redmayne and Felicity Jones, we follow Hawking and Jane from the moment they meet at university through his diagnosis with Lou Gehrig’s Disease and on to their marriage with three children. As the years go on and Hawking’s body continues to deteriorate, Jane becomes friendly with her church’s choir director, Jonathan (Charlie Cox), who out of his own loneliness and desire to help becomes a sort of new member of the family. Jonathan is there to help do things like lift Stephen in and out of his wheelchair, help him use the toilet, and getting him up and down stairs. But he is also there for things like family outings to the beach and finds himself completely integrated into the family. It is only when people start whispering about the nature of Jane and Jonathan’s relationship that they are forced to address it themselves and what transpires is both incredibly mature, understandable, and fascinating.

By really delving into these complicated relationships the film happily avoids many of the tropes that a biopic attempting to cover the subject’s entire life usually succumbs to. And luckily, the entire cast is completely game for this difficult task in a way that makes the movie soar. Redmayne is nothing short of spectacular by believably conveying a man with a brilliant mind trapped inside a failing body. His physical transformation is heartbreakingly realistic and will make you break down to just see him struggle with the simplest of tasks. One scene where we see him fight to get up some stairs while his young son watches from above absolutely ripped me into pieces. 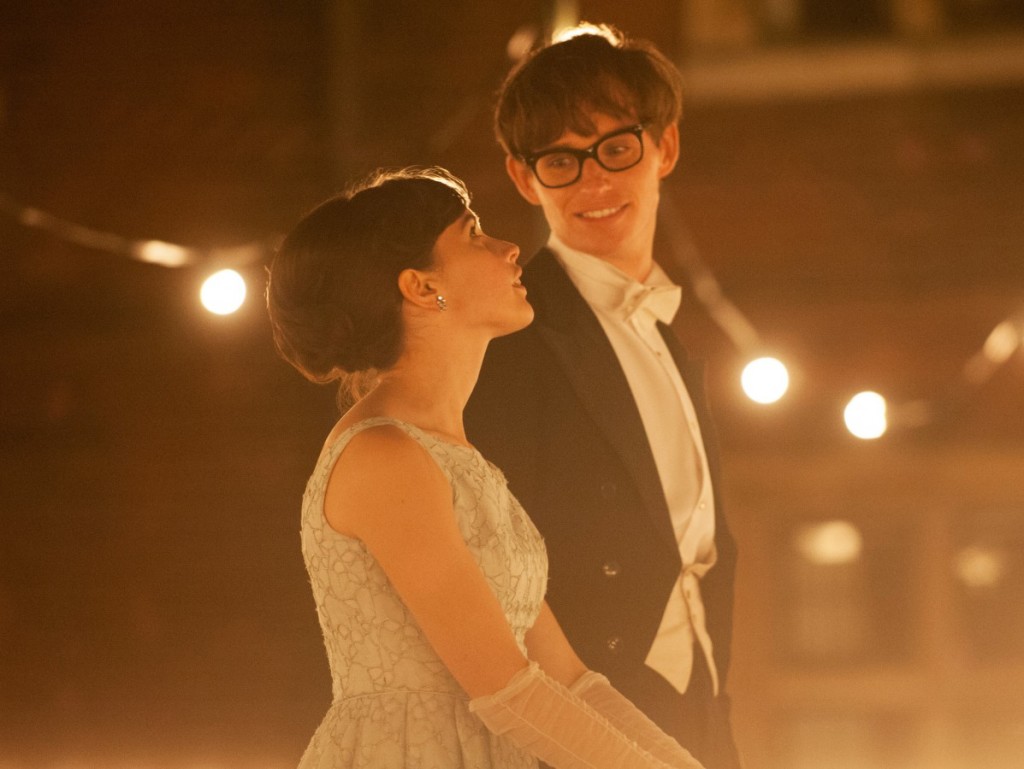 And although Jones doesn’t have to convey any big physical changes in her character, her performance is equally impressive as Redmayne’s. Her warmth, charm, and unconditional love all come across beautifully clear in a performance that absolutely clicks from the first moment she’s on screen. If Jones doesn’t become a significantly bigger star from this movie, there is no justice in the world.

If the film has a downside though its a lack of visual flair on the part of director James Marsh. The cinematography is flat as if its unnecessarily reminding us that we’re watching a period piece and there are definitely some missed opportunities to do something visually bold with Hawking’s theories and thought processes. Had the visual aspect of the film been a bit more impressive or notable this might very well be a perfect movie.

But visual flair or not, The Theory of Everything is still a remarkable piece of work that examines science, love, and relationships in an extremely beautiful and memorable way. Look for it to definitely get some love on Oscar night.

Previous article
‘Big Hero 6’ Review: For Your Health
Next article
‘Homeland’ Review: “Redux” of a Redux of a Redux