Fans of the books and video games rejoice! The Witcher Season 2 delivers a sheer perfect adaptation

The Netflix television series The Witcher was a surprise hit back in 2019 generating over 500 million viewing hours for its first season. Coming from a franchise whose fandom was as equally interested in Andrzej Sapkowski’s original stories, as much as they were enamored with CDPR’s series of video games, this franchise was a rare gem in that it was already a successful novel, video game, and comic book series, before considering its screen adaptation.

Tastefully, showrunner Lauren Schmidt Hissrich knew just how important this was for its fans. The execution of her vision has been neigh shy of fantastic in keeping faithful to the books, but also, keeping some aesthetics of the Witcher video games. A series that I, like millions of others, ended up downloading and playing through thanks to the success of the Netflix TV series.

This is why Season 2 of the Netflix series was a big deal for its fandom. Which I’m proud to say, only delivers in quality for its sophomore season. Whereas season one was a tale about destiny, this one is much more about family. Though not in the ways most were expecting regarding Yennifer, Geralt, and Ciri.

How The Series Compares – Season 2 Review 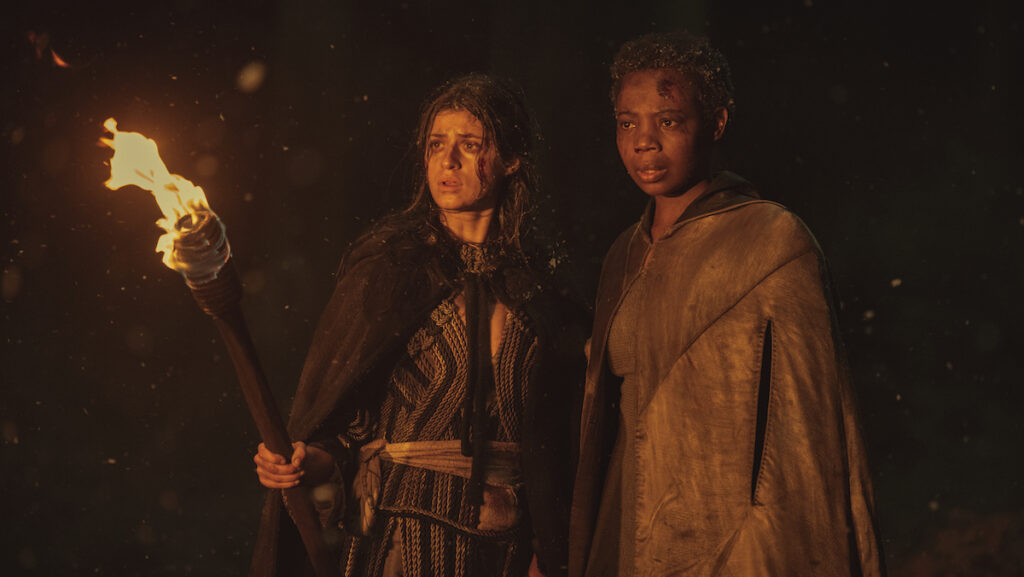 Picking up just after the battle of Sodden, where Geralt and Ciri are looking for Yennifer, the series takes a rather hard right turn. Going in a direction unexpected by exploring more of the things we loved about the original season: Geralt’s monster of the week, but also, Yennifer off doing things in an assertive – out of my way at all costs – sort of fashion. Fans of the video games will also absolutely love that this season takes a lot of liberties in pulling from The Witcher 3: Wild Hunt regarding both the lore and its aesthetics, as there are A LOT of cities and kingdoms and even characters featured that you’ll almost immediately recognize from the game.

At the same time, there’s also a bit of The Witcher short stories referenced in episode one as well as the beginnings of the Blood of Elves saga featured in Season 2. Overall, the story goes in a very different direction than fans were probably expecting. Whereas last year featured episodes investigating monsters such as Strigas and Dragons, this one is fascinating in that we spend a lot of time establishing the world.  Less Geralt’s escapism on his adventures with Jaskier and Yennifer, and more about his time parenting Ciri as we learn about the lore and nature of Witchers from the father figure of all remaining Witchers, Vesemir.

Now, one of the most brilliant aspects about The Witcher as a series has been its take on morally grey ambiguity. How monsters are often misunderstood as less-than monsters, and how people are often eviler than the very creatures that are being hunted. Season 2 kickstarts some of this with an adaptation of the short story ‘A Grain of Truth’. A sort of retelling of the beauty and beast fairytale with its own Witcher twist much like last year’s pilot episode, which was actually a retelling of the fairy tale of Snow White but with Renfri.

With the exception of the pilot, however, this season is mostly set in the Witcher’s home of Kaer Mohren. It’s focused on Ciri’s training and Geralt’s relationship with her and his fellow Witchers. Meanwhile, on the opposite end of the story, there are also a lot of political intrigues. Especially in regards to what’s happening with Fillavandrel’s surviving Elves and Tissai’s council of mages, who are increasingly becoming more paranoid after their very close defeat that ended the first war against Nilfgaard.

It goes without saying that the writing is incredibly tight this season. In season one, fans felt Ciri was a bit underdeveloped, though, in this one, her growth and destiny take the front and center of this story. Watching Tissaia, Yennifer, and Ciri, there’s a lot of development of character from when we first see everyone to where this season actually ends. The writing is also a lot more fairly distributed in terms of screentime, which is rather impressive given how much each character gets to accomplish in a short 8 episode season. 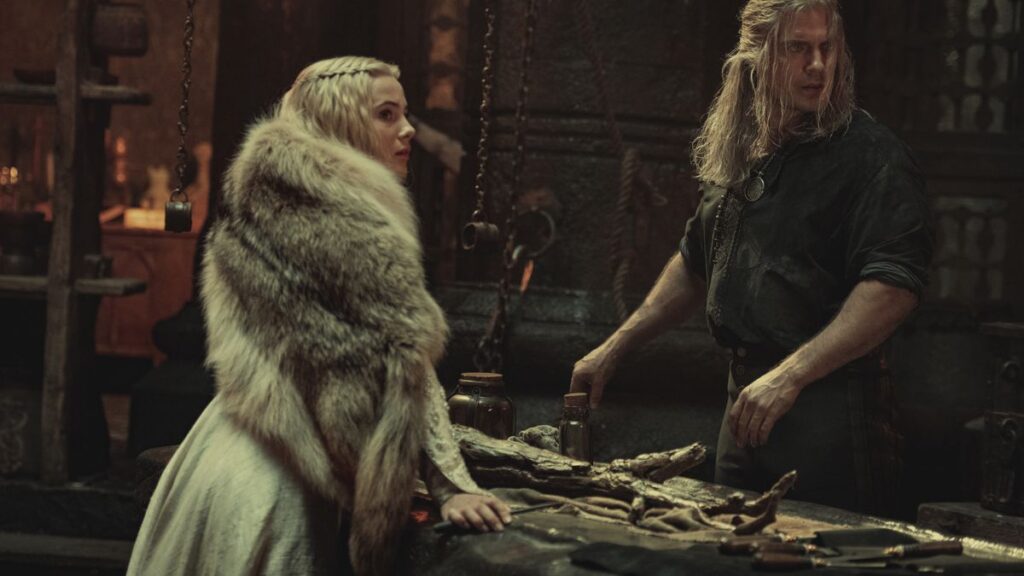 Henry Cavill still nails it as the gruff hero that is Geralt of Rivia, though it’s really Freya Allen’s Ciri that stole the show for audiences in season 2. There’s a lot of finesse needed in showcasing a Ciri who is looking to take control of her own destiny, and I think Allen does a phenomenal job of winning over the audience to root for her character, her development, and her destiny.

I also think Anya Chalotra and MyAnna Buring are fantastic as Yennifer and Tissaia this season. As Yennifer’s original storyline continues to be layered as someone who incessantly has to prove how strong she is because of how difficult her life has been; while Tissaia, shows us an unprecedented amount of vulnerability we’ve yet to see until now. Mostly, in that, she genuinely cares about the people she loves.

One bad thing about season 2, however, is the end of the Witcher adapted short stories. Which are honestly some of the best things about the books and are seemingly somewhat finished, especially as Ciri and Geralt are now together. There were also some other small nitpicking differences in how some of the monsters are used this season. Particularly, the Leshen, which was always a strong Witcher monster, though seems somewhat of a shallow usage here. I also was not a fan of the revealed villain this season, as it felt more like a convenient plot device to tie everything together, than an homage to the substantial story/role that character plays. That said, I did like a lot of references made this season about the end of days, which serves as great foreshadowing for the series.

Elven racism is really touched upon in this season, as humans hate almost anyone with magic. I thought this was a great throughline to introduce for world conflict down the line. One that coincides well with some of the new players we meet this season. Racial tension also sets up for some very major storylines within the books, showcasing the plight of the elves, how each kingdom responds in turn, and most importantly – the build-up of the background intrigue regarding Niilfgaard and Fringilla.

Overall, season 2 delivers in almost every way you can imagine building upon the lore, the kingdoms, the relationships, and the overall tensions that the first season wasn’t able to touch upon. It seems like Netflix has itself a gem here that will last multiple years. And I for one, am very excited, to follow even more Witcher stories for a long time.