‘Hawkeye’ Episode 6 Review: So This Is Christmas?

Tis’ the season! The end of the season in the Disney+ Hawkeye finale! Just in time to see Kate and Clint save Christmas. In the final episode every established conflict in the show thus far finally comes to a head, seeing Kate and Clint’s journey. With Kate finally acknowledging Clint was not only a mentor but her hero, and Clint acknowledging that Kate really is his partner. An emotionally touching journey filled with lots of heart and holiday cheer!

Whereas last week introduced The Kingpin, this week sort of resolved his arc rather quickly, seeing this MCU crime boss and tracksuit mafia leader come head-to-head in a final showdown we didn’t even know was coming until last week. The final battle brings the three major Hawkeye plotlines to resolution. Yelena confronts Clint over the death of Black Widow, Kate tries to save her mom and absolve her family’s sins by taking on the Kingpin, and Maya deals with her confidant and the murderer of her father: in challenging her former bff, Kazi. It’s chaotic, yet somehow, works in a satisfyingly tie all loose ends to make it in time for Christmas sort of way.

First and foremost for MCU fans, it was really nice to see Clint and Yelena come together to grieve Natasha’s death. There was fighting and some exposition, though it was quite therapeutic for both characters, as both some much heavy baggage carried was sort of alleviated by listening to each other. The beautiful part about this series was most definitely resolve and resolution, with both Yelena and Clint confessing how much they both loved Natasha and how much regret Clint’s been carrying regarding his biggest failure: his inability to take the fall.

Now to be fair, it’s obvious that lots of Yelena wanting to kill Clint was placed mostly for the sake of conflict. The refreshing thing was not only that she didn’t, but that we still got to see her fully capable abilities while having some gem-of-a-moment bantering and comedy between her and Kate. Effectively building even more chemistry between the future Widow and Hawkeye, in what’s promising to be a very entertaining future partnership down the line.

What’s weird I think about the series was seeing the Kate versus Kingpin final battle. A Kingpin who somehow was even more resilient/powerful than when we last saw him. It’s semi-unbelievable he’s this strong but he did serve as a perfect boss fight for Kate. However, I will say that the leadup did feel somewhat anti-climactic only in the sense that Kate and Kingpin had no actual stakes against one another having only discovered each other’s existence in this episode. If anything, the real battle/resolution was more of Kate’s own taking agency against her own mother’s sins. Getting her convicted while putting the family behind her. 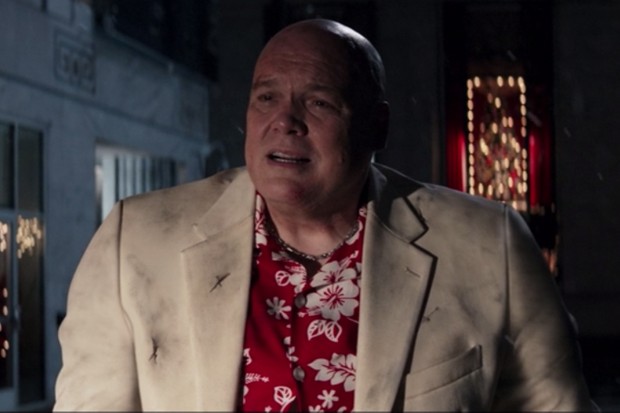 Kingpin on the other hand was seemingly killed by Maya. All for a nod directly to the comics. Maya’s story was surprisingly involved in this series, and though she didn’t get as much screentime to look into her origins as much, the show did give her enough of an arc for her to attain vengeance against her former uncle/mentor, the Kingpin. Given that this is the comic book world, it’s highly doubtful this end is permanent. D’Onofrio is amazing in the role and it would be a disservice to end the Kingpin’s journey here.

Finally, the best thing about this episode was easily the battle sequences. Moments where everyone partakes in saving the day while Clint and Kate finally get to team together – much to the excitement of Kate Bishop (whose infectious enthusiasm rivals only Peter Parker’s in my opinion). The fact this battle happens to take place at Rockafeller Center, on the ice rink, in front of the gigantic tree, is about as Christmas as it comes for any sort of holiday story. Add-on some Swordsman Jack and the Larpers, and yeah, this was a ridiculously campy yet positive holiday TV series. One that I think fits the family-friendly vibe of Marvel and was sorely needed at this moment in time. Almost as needed as this gem of a Christmas Avengers Musical:

Hawkeye was a fun show that brought the character of Kate Bishop to light while letting Clint let go of his past with Natasha. A positive affirming experience and great holiday message about family. Bringing in Kingpin was needed for a big-bad and the series overall was funny. I do look forward to seeing where both Hawkeyes go, and more importantly, am excited for all the future ‘Good Boy!’ moments of Lucky The Pizza Dog.