The Leftovers: “A Most Powerful Adversary” Review

The Leftovers
Season 2, Episode 7: “A Most Powerful Adversary”
Grade: B

I have to admit, it gets harder and harder to write these reviews each week. It’s not because I’m lazy (though I definitely am), but because I feel this show has just gotten a lot cheaper. At seven chapters into a ten episode season, we’re finally starting to see things tie together but I really have no incentive to care. To this point, the writers have not served Jill (Margaret Qualley) well this season at all. Earlier in the season we saw Jill and Michael’s relationship begin to bud. Beyond a few nods to its progression here and there, we haven’t seen much on-screen development of their dynamic. As a result, when Jill chastises Michael for fooling around and not fucking, the tension seems forced. This moment is made all the worse by Jill’s bratty f-bombs, and Michael’s fairly unbelievable justification that he doesn’t know if he loves her yet.

Of course all of that is pretty much a distraction from Jill’s main conflict, which is her lingering anger over mother Laurie’s (Amy Brenneman) abandoning her and Kevin. To set up the inevitable confrontation between mother and daughter, the show has to somehow justify a sudden Laurie visit to The Lonestar State. As I predicted in my “Off Ramp” review, Laurie and Tom’s (Chris Zylka) efforts to supplant the “false belief” provided by cults like Guilty Remnant with their own belief system has backfired. This failure has drawn Laurie to Jarden under the assumption Tom has tried to reconnect with Jill. Unsurprisingly, when Jill sees the woman who almost caused her to die a slow fiery death, there’s no shortage of contempt. I have to admit I am interested to see how this conflict is resolved, if at all, given how much the estrangement has affected both characters. Of course there’s no catharsis in this episode, and I presume we’ll see another extended bout of scene chewing between Jill and Laurie during the next few installments. Yet, with Tom’s disappearance and the all but certain return of Meg Abbot and whatever fucked up plans she has, I would not be surprised if we see some act of sacrificial love by Laurie, atoning for her past and closing out her arc.

Then of course there’s Kevin and Patti, the worst onscreen pairing of a schizophrenic and ghost since Pacino and De Niro in Righteous Kill. I have no idea what the writers want to do with either of these characters at this point. As I’ve mentioned before, Patti roves back and forth between providing comic relief (I did laugh out loud at her missive that Kevin drink a chalice of his own man-butter) and harbinger that all of Kevin’s deepest fears will come to fruition. Kevin’s arc here is sadly the least interesting. The episode serves as one big tease the he’ll follow Virgil’s advice – despite more sensible counseling by Laurie – and finally rid himself of Patti by confronting her  “on the otherside” ala A Nightmare on Elm Street.

Predictably, things don’t go quite as planned since Virgil gives Kevin some moonshine concoction to stop his heart and promptly kills himself, denying the latter an opportunity to be revived. After the fact, Michael is visibly distressed (but not surprised) at the scene and the episode ends with him dragging Kevin out to (presumably) be buried. In setting up the tension for the last three episodes, we get no resolution here, just a predictable cliffhanger. I doubt they’ll actually kill off Kevin – though that would be more interesting – opting instead, perhaps, for some bullshit prophecy that Virgil made to Michael that Kevin would survive if he was a just man or something to that effect. 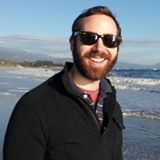