This week’s episode of The Fosters starts off with everyone around the eating dinner in the Adams-Foster. Mike and the AJ (the guy who got Callie fired) are also in attendance. Mike has decided to foster AJ, but since he doesn’t have his foster license yet, AJ will have to stay with Lena and Stef. Just like Roemer’s law, Stef and Lena live by the saying “a built bed is a filled bed” so AJ will will be sleeping in Jesus’s currently vacant bed. Callie is not comfortable with this new setup since she doesn’t trust AJ due to the whole stealing spray paint and getting her fired thing.

After dinner, Callie wanders upstairs to find AJ snooping through Brandon’s room,  where AJ is eyeing Brandon’s priceless signed baseball. Remember the term “foreshadowing” you learned in middle school, keep that in mind as the episode progresses. Brandon walks in on Callie and AJ in his room and gets suspicious. He is worried that AJ will take advantage of his dad. He is also worried that AJ’s sports knowledge will make him Mike’s favorite (which turns out to be a bit true). Ends up AJ steals the baseball but has a change of heart. AJ returns the ball to its rightful place, but not before Brandon catches him.

Like every other child on this show, AJ has to attend Anchor Beach summer school. AJ decides to ditch mid-class, though. When Callie realizes that AJ has done a runner, she and Mike go on a manhunt. They arrive at the San Diego Park and find AJ on a roof spray painting bat signals on a water tower. When the pair reach AJ, Mike and AJ have a touching bonding moment. As she watches Mike give AJ a new cellphone,  Callie suddenly figures out what her new independent study project should be (since AJ got her fired from her previous one). She will recruit Mariana to create a drop-in app to help foster kids communicate. Bravo, Callie and The Fosters for putting this project out there because it is an amazing idea. This show does a really good job of showing the issues and struggles surrounding the foster system that is rarely seen on television. 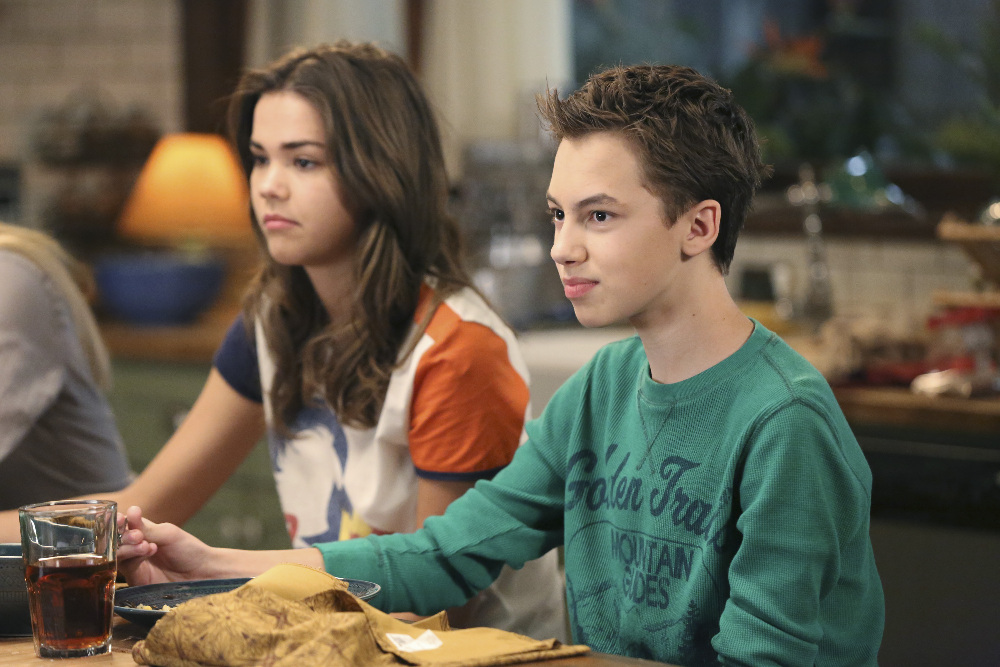 Mariana starts her new  job at her abuelo’s bakery, but sadly, the shop has no customers. She and her cousin come up with the idea to start selling Chorronuts (a churro donut) to make their bakery the next big it thing. Mariana, I hate you so often, but this idea makes me love you so, so much. The only thing I don’t love is that her marketing campaign for the new pastry came from a text Wyatt had earlier sent her. Wyatt proved he knew his calculus and wrote the phrase “U+Me=Us Cool?” in the sand and snapchatted it to M. Mariana used her mathematical skills to create Churros+Doughnut=  Myyyy Choruonut (sung to My Sharona). I have to admit, that is pretty brilliant.

The Stef and Lena storyline was in the forefront of this weeks episode. After the family dinner, the couple sit in the foyer reminiscing about the first night Callie dined with them, in which Callie asked “if they were dykes.” Ha, season one Callie, how different you were. Their cuddle session is cut short though when Stef receives a text from her friend Jenna, who requires the Wingman services of Stef.

Stef arrives at the  local lesbian watering hole where Jenna immediately falls in love with a hot  girl at the bar. That really hot girl turns out to be Monte, the principal who kissed Lena last season. Fortunately, Stef is not privy to the kissing story, so she introduces Monte to Jenna. The next day, Jenna calls Stef and Lena, makes a cursory lesbian u-haul joke, and forces them on a double date with her and Monte. At dinner Stef recounts how her and Lena first got together. When the couple first met, Stef was freshly separated from husband and thought she was straight while Lena was in a relationship. Sounds a little familiar, eh? Lena is really uncomfortable with the whole situation of Monte dating Jenna, and the next day confronts Monte

Lena: I don’t want you to date any women. I mean. What I mean  is that I want you to be straight, because if you’re straight then there is no reason for me to tell my wife that you tried to kiss me because it really didn’t mean anything. But, if you’re gay, then not telling her is like…

While Lena is just expressing her feelings to Monte, it feel like she is really asking Monte to never come out of the closet. This is so unlike Lena. Lena is a nurturer and wants everyone to succeed and be happy. In this case though, for Lena’s own well being, she wants someone to be untrue to who they are to make things easier for herself. I am very eager to see how this storyline plays out. 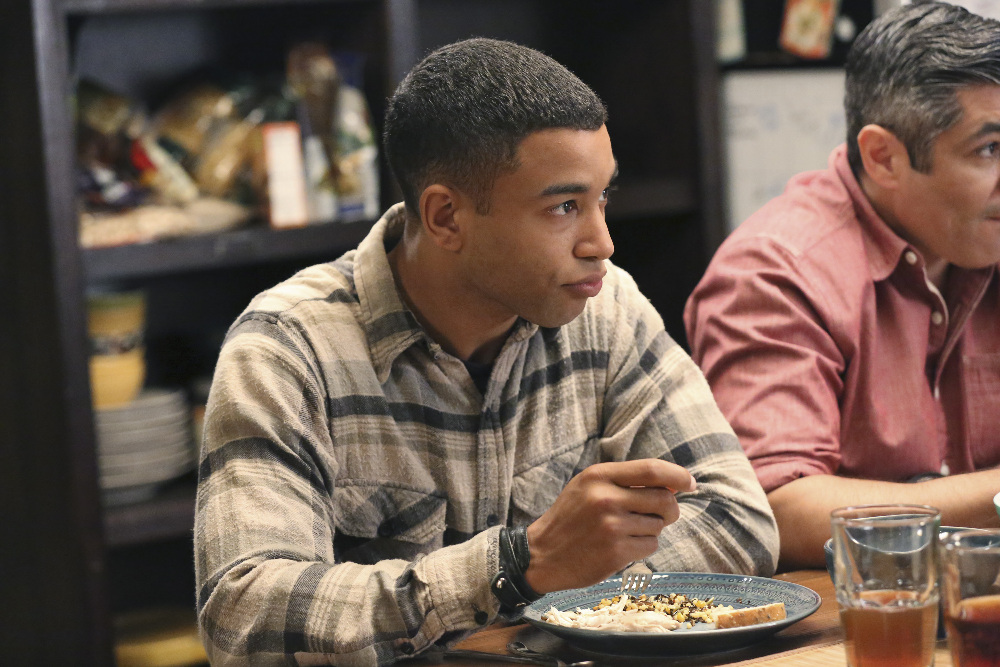 The young couple sit together in the living room playing video games.Sadly, the two are not playing together. Connor is playing a killer zombie game while Jude is playing Bejewlled on his phone. Jude realizes that he doesn’t want to play video games with guns  because he is still reeling from the shooting. Jude walks into Stef and Lena’s room  just as Stef is pulling her gun from her gun locker. She sees his discomfort around the gun, and explains that after she got shot, she went to the firing range until she felt comfortable holding a firearm again. The next day, Connor invites Jude to play some FPS games and calls Jude a Granny when he declines the invite. Jude responds by saying, no he cannot play videogames because he will be shooting a real gun, in a real shooting range with his real mom. Connor up and invites himself, and the three amigos go to fire range.

Jude is the first of the boys to hold the gun, and as raises it up, he realizes that shooting a bullet won’t solve his problems. Connor takes his turn, steps into his stall and shoots the gun. Shooting the a bullet brings up memories and feeling about the shooting that Connor has been trying to repress, and Connor has to excuse himself to get some fresh air.  Later, Stef joins Jude and Connor sitting outside of the shooting range, and the three discuss their recent experience of being shot at, and it was truly really touching.

Quote of the night