‘The Flash’ Review: “The Man Who Saved Central City”

Season one of The Flash ended on such a huge cliffhanger that it left me so angry I wasn’t sure if I wanted to watch season two out of spite. However, with The Flash back on TV, I’ve become a giant hypocrite eagerly awaiting each new episode.

“The Man Who Saved Central City” doesn’t follow up immediately after season one’s finale and instead tries my patience by not granting me all the information I need up front. Central City is still in one piece-ish so that means that Team Flash at least somewhat succeeded in controlling the wormhole that could have easily swallowed all of humanity for breakfast. In honor of his speedy, heroic deeds, the mayor plans to throw a little shindig for the Flash astutely named Flash Day. Barry isn’t on board with the celebration idea because he’s spent too much time around Oliver Queen and instead says that other people were heroes that day, not him. 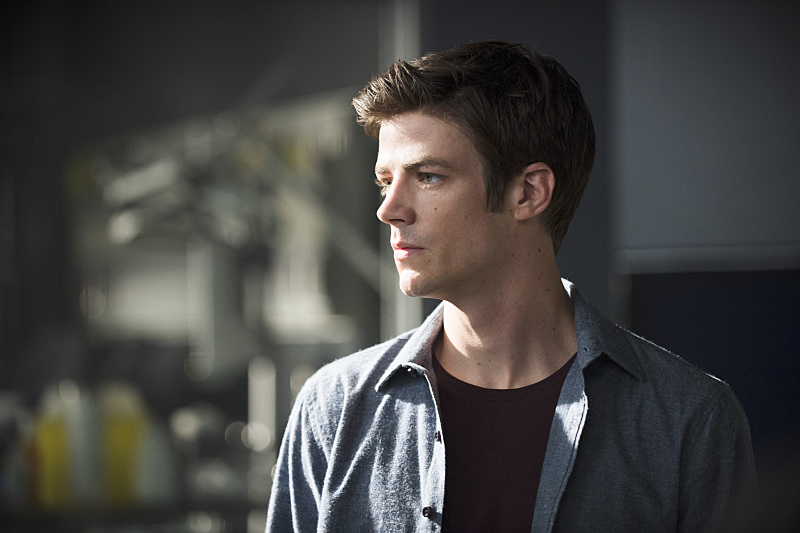 We then learn through flashback and some scientific mumbo jumbo that Barry can’t stop the wormhole alone so Ronnie Raymond and Martin Stein become F.I.R.E.S.T.O.R.M. in order to stabilize the chaos. In doing so, Team Flash loses Ronnie and poor Caitlin has to deal with losing the man she loves for like the fifth time. I’m a bit tired of this thing Ronnie and Caitlin have going on here and if I’m honest, I feel as though she’s lost him so many times already that any emotion I was meant to feel at their parting was lost.

Barry feels guilty over the loss of Ronnie, so instead of talking about his feelings and going to his friends for help, he tries to save Central City on his own. He avoids every aspect of his life: not talking to Joe or Iris; refusing to go to Flash Day (which admittedly seems like a baddie trap); ignoring lawyers about Harrison Wells’ will. Generally, Barry just closes himself off to others.

However, after a chat with Joe, Barry’s brain grows three sizes and he decides to make an appearance at Flash Day. Surprise, surprise, a meta human shows up to ruin his heroic moment and “Atom Smasher” makes Barry and Cisco (with his baby super powers!) look stupid. Barry then decides to work with Team Flash once again to stop this man who absorbs radiation like I absorb pumpkin chocolate chip cookies. 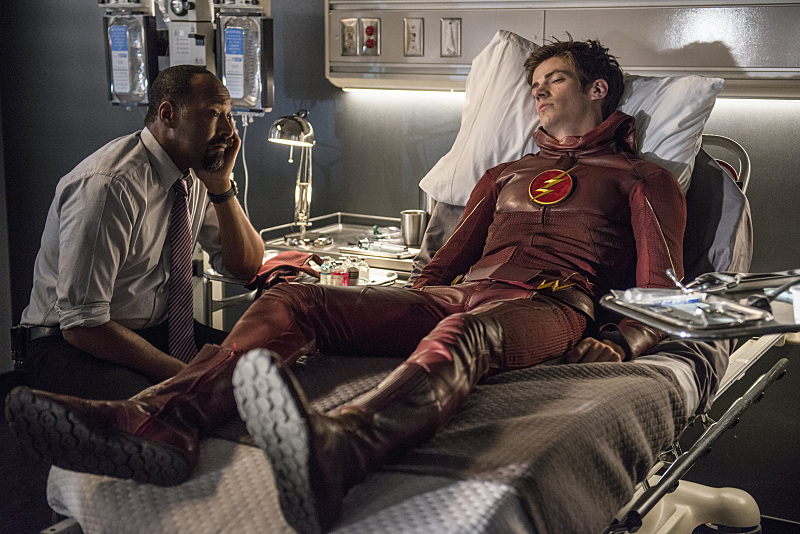 While concocting ways to handle Atom Smasher, Barry finally watches the video left by Harrison Wells/Eobard Thawne. I have to admit, I love the way Wells was handled last season, his relationship with the other main characters, and the fact that he wasn’t an over-the-top villain like most of the ones we’ve seen on Arrow. He seemed to genuinely care about Barry, Caitlin, and Cisco and his relationship with the former is most evident in the fact that he finally gives Barry what he most wants: a confession to killing Nora Allen.
Cisco, the adorable genius, comes up with a plan to take out Atom Smasher and the premise is so ridiculous I can’t believe it actually worked. Barry kited Mr. Smasher through town, only to lead him into a radiation chamber, where said Smasher got caught and zapped with so much radiation, it overwhelmed his powers and shrunk him down to a more manageable size. It was like something out of a Tom and Jerry cartoon, something even Wile E. Coyote wouldn’t fall for, but Atom Smasher did and hooray, Central City is safe(ish) once again. In his weakened state, Barry asks who Atom Smasher is working for and Smasher only says one word, “Zoom.”
We know from preview trailers that Professor Zoom is the main enemy for Barry this season, or he seems to be as much. However, Professor Zoom in the comics (if I’m remembering correctly) is the Reverse-Flash, so I’m curious how they’ll bring that character back or if instead they’ll introduce him as a new foe for Team Flash (especially since he will be voiced by Tony Todd). Just as Cisco discusses the improvements made to S.T.A.R. Labs’ security, a new face, Jay Garrick, makes an appearance to warn Team Flash about Zoom and the danger to Central City. Garrick is a staple in the Flash universe, also know as Crimson Comet. The CW did a neat little promo picture for the introduction of the character: 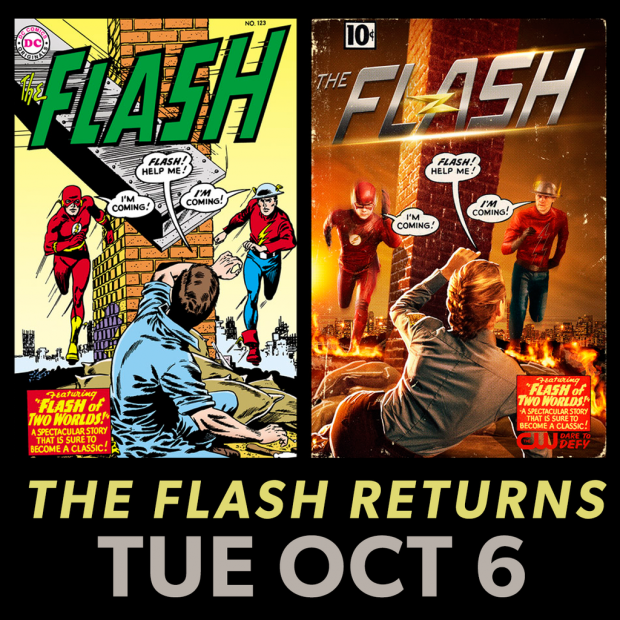 But that wasn’t the end of the episode. Since Wells did confess to the murder of Nora Allen, Barry’s father, Henry is finally released from prison. There are so many things wrong with scene, but I can overlook most of them for the sake of Barry’s happiness. Freeing his father has been his goal for years and years and years. It is what drove him to BE the Flash, among other things, so this is a life-changing moment for him. And then, just like that, Papa Allen leaves. Not because he’s afraid that he’s already labeled a murderer or because he’s spent so much time in prison he isn’t sure how to live with Barry, but because Barry already has a family…. Are you kidding me? I know that season two is rife with new characters, love interests and plenty of faces to forget, but to completely dismiss Barry’s dad like that almost ruins the episode for me.