The season two premiere of iZombie starts off a little slow with a forgettable crime of the week and a self pitying Liv, but the episode concludes with a unexpected twist laying down the framework for what could be another entertaining season.

Three months have passed since Liv’s younger brother, Evan, was injured in a Meat Store Zombie Explosion, and Liv refused to donate her blood to him due to her being a zombie and all. Liv sneaks into the hospital where her mom interrogates her to find out why she refused to save her brother’s life. As the two get into a fight, Evan wakes up and tells Liv to get herself and her blood as far away from him as possible. Has he been in the hospital for three straight months and if so why have those cuts on his face barely healed?

The episode’s crime of the week begins with “All You Zombies” by The Hooters  playing in the background. This scene is pretty awesome. The way it is shot makes you think that whatever is about to happen is zombie related– there is a song about zombies playing in the background, an innocent young girl is jogging in the dark with her headphones on, kids are playing hockey in the middle of the street, in the middle of the night, wearing creepy ass goalie masks– but no, all that happens is a good old fashioned human murder. 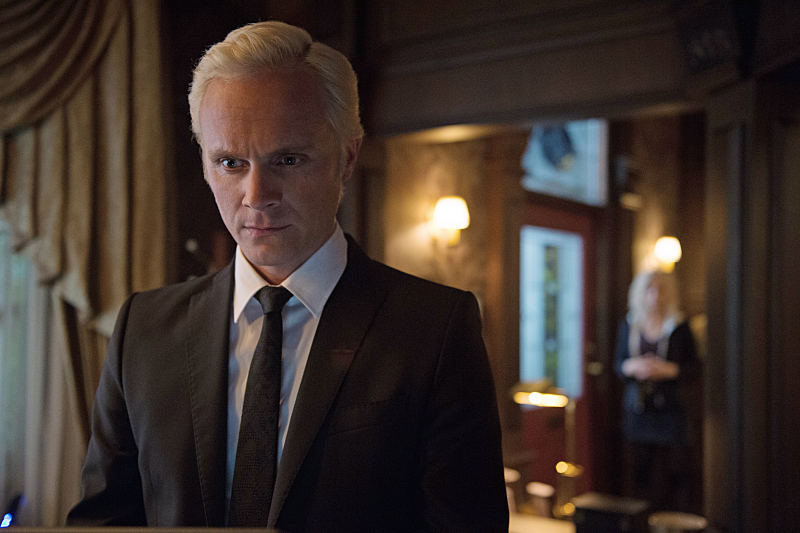 Ol’ Man Wendell is this week’s ‘Victim of the Week’ (aka Liv’s new meal) and Det. Clive Babineaux, Ravi and Liv are on the case. Wendell was a crotchety old man who died by having a large object fall on top of him, just like the Wicked Witch of the East. Instead of his legs dangling from beneath a house, Wendell’s limbs are sticking out from underneath his car. His sister-in-law comes rolling on by on her electric scooter to tell the gang that Wendell wasn’t always a curmudgeon. After his Fibromyalgia kicked in he hated “the laughter of children, puppies, other races, his own race, trick-or-treaters, Christmas carolers.” Basically, everyone in a ten-mile radius was happy to see this dude dead. This is going to be a fun brain for Liv to eat!

I am not sure what this says about me, but seeing what inventive Cuisine de Brain Liv comes up with each week is one of my favorite parts of the show. This week she prepares spaghetti with fresh hand made brain meatballs.

After discovering that even New Hope (the rat Ravi cured of Zombieism) hates Liv she decides to have no more interpersonal relationships until she is no longer a zombie. Being a zombie has ruined all of her relationships as well as all of her friend’s lives. Peyton has left and is nowhere to be found so Liv now has a boring new roommate who works for the IRS. Major has it even worse. Not only was he turned into a zombie and turned back to human in the same night, he now can’t find a job that brings meaning to his life and is forced to be a personal trainer. He spends his days personally training out of shape middle-aged men while staring longingly at the teenage youth he used to work with who are skating through the park. That isn’t something people should be suspicious of or anything. Major has also discovered that when he is in the presence of other zombies his pulse races, and his hairs stand on end. Major is essentially a human zombie detector.

The only problem with curing her Zombieism is that Liv used up all of the materials needed to create the cure. Liv will need to get her hands on some tainted Utopium if she ever wants to be human again! Which means she needs to find…… Blaine, whose debut this season comes with this golden monologue:

Blaine: “Death, I can’t sugar coat it, this won’t be easy. But I’m here to make the process… what’s the word… palatable. It’s what I do. You’d be hard pressed to find anyone with more experience. I bet ever since you got the news you have been walking around like a zombie, am I right? Yeah. I thought so. Just know this, my number one priority is your piece of mind. I never stop thinking about it.”

Wow, just wow. That bit of dialogue could not be oozing with any more creepiness if it tried. So yeah, Blaine now runs a local funeral home in order to keep his brain harvesting business afloat. It should also be mentioned that he is using the funeral home as a front for his Utopium drug trade. Oh Blaine, what a standup guy. Liv pays him a visit, and before he even sees her the hair on his arm hair stands on its end just like Major’s did earlier. It is official, the zombie cure also makes people zombie detectors (hence why New Hope hates Liv). The entire time Blaine rubs the fact that he is human in her face by sexually eating chocolate while moaning. Liv rains on his human parade by revealing that the cure she stuck him with may very well kill him to the point of being dead dead, not just undead, so if he wants to stay alive he better well get her some tainted Utopium. 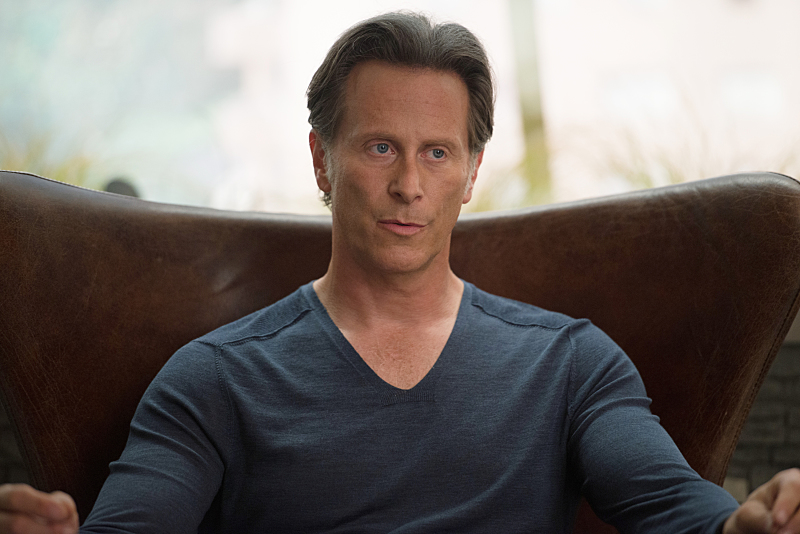 Up until this point this episode was not amazing, but it was decent. But then the last five minutes of the episode happened and the show blew my mind.

The evil Max Ranger CEO, Vaughn Du Clark, starts giving a speech about how he loves submarine movies because in the end one man is forced to seal off  a door and sacrifice some men in order to save the rest of the vessel. He compares this to how he needs to kill zombies in order to save the world. And who might Max Ranger CEO bro be talking to? None other than our new favorite zombie detector, Major! Vaughn wants to apply this submarine logic to the little zombie problem that his company created. Kill all the zombies in Seattle in order to save humanity. He seems to have no issue that the only reason that he has to kill these zombies is BECAUSE HIS COMPANY CREATED THEM. Major tries to refuse the job, but Vaughn has evidence that connects him with the Meat Cute explosion which killed 5 zombies and a police commissioner so Major is SOL. That night, Major goes on his first mission, and drugs and kidnaps a zombie dad while his kids are fast asleep in their rooms, shoots him in the head, and dumps his body in the river. The entire time, Vaughn’s evil red-headed assistant is watching, possibly turned on, to make sure he gets the job done. Evil red head girl goes home to her apartment to sit down with her new roomie Liv! Turns out Liv’s roommate is not a boring IRS employee, she is actually an evil Max Ranger minion. What a turn of events. I am very excited for what’s to come!

Oh, and in case you were wondering about who killed Wendell, it was the hipster neighbor wearing a T-shirt that says, ”T-shirts are passe.” Wendell stole and kidnapped Byron’s dog, and after night downing some pints of beer, Byron decided to confront him. During the drunken confrontation, Byron kicks Wendell’s car, and Wendell dies. Case closed.

Liv: “That is just a little game we like to play. ‘Does the person we are questioning own a dog?’”