The Boys Season 2 Episode 7 Review: Rise Of The Neo-Nazis

In the penultimate episode of Season 2, chaos ensues, as almost everyone runs around like a headless chicken

One of the things that The Boys does beautifully well is in its balancing act of the series’ ensemble. With multiple storylines and story arcs regarding a cast of 14 different characters — which is slightly more than rivals: Umbrella Academy and Doom Patrol — this season has been successful in juggling its multiple storylines. Though The Boys is still not as big a hit as some Netflix original series, it is performing very admirably well and even broke the Streaming top 10. With a fast-tracked spinoff on the way, and of course, its large corporate sponsorship via Amazon, the future of The Boys looks brighter than ever.

In this episode, we get tons of revelations and some resolutions with almost every character in the show’s large cast.

Congresswoman Victoria Neuman — the series AOC fill-in — cooperates with The Boys in a powerplay to take down Vought in a congressional hearing. Before it begins, they’d like the full details on the Sage Grove compound V subjects, and so the team visits Dr. Vogelbaum.

We also meet Connie (Lesley Nicole) and Sam Butcher (John noble), Billy Butcher’s parents, in what’s a very heated reunion. It’s funny seeing Karl Urban and John Noble together, as both worked together as Eomer (The future King of Rohan) and Denethor (The Steward of Gondor), from Lord Of The Rings.

Meanwhile, Kimiko teaches Frenchie how to speak with her. Maeve has her out of the closet romance implode. A-Train gives The Deep a fish as the two are informed of a possible Seven comeback. Noir and Starlight fight. And Hughie and Lamplighter watch a whole lot of The Seven based pornography, arguing which one of them is the bigger Cuck in the series.

We breakdown this episode below.

In the opening of this season’s penultimate episode, we see something that feels akin to the current struggles across America. As a white disenfranchised internet troll brainwashed by Stormfront’s message of hatred, ends up shooting and killing a minority. It’s a jab at groups like the Proud Boys and Neo-Nazis. A result of Stormfront’s indoctrination of people on pro-hate messages, not unlike President Donald Trump.

In a series about greed, and to speak quite frankly: losers, what The Boys captures rather grittily in this episode is what happens when we push the underdog too far. People like Stormlander’s followers, but really, also any of these so-called ‘special’ people. Whether they actually are uniquely special, or if it’s simply how they see themselves, doesn’t really matter, so much as it is the image of talent gone to waste. Lives that never lived up to their own potential.

People with an awful sense of self.

Some fantastic examples of this revelation in this episode: Hughie is very much just the giant fluffer cuck. Lamplighter, a failed prodigy desperate for daddy’s approval who murdered and incinerated everything he built and loved. Homelander, despite the vastness of his power, struggles all season to be loved by both the American people, the results of which see him becoming the figurehead of the American Nazi. Worst of all is Maeve’s forced out of the closet openness as to who she truly is to her partner, leading to an inevitable split between the two.

None of these people have a good sense of self and it shows in many dysfunctionally fragmented ways. In fact, the only person who seems to have their shit together is Stormfront, The Nazi. And she had generations more than most to figure out who she is trying to be.

Give LampLighter a Hand 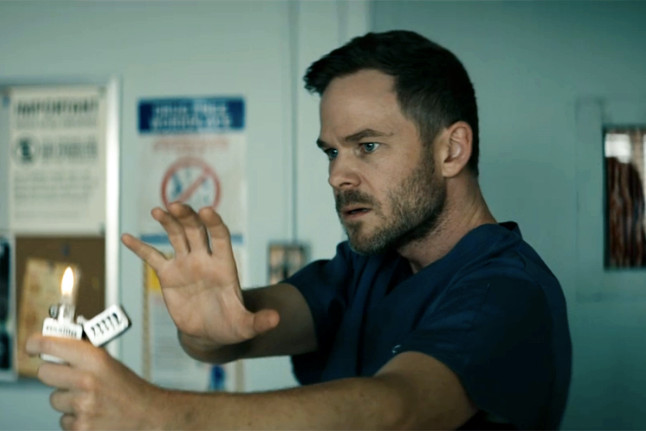 I think where this theme of failed self-identity really shines is in Lamplighter. A prodigy at the age of 4, he sees himself as the cuck of The Seven, sitting in the sidelines as all the heroes are fucking. With the only semblance of playing hero again, being Hughie’s quest to go and save Starlight, revealed by Vought and Homelander as traitors.

Yet, we the audience know that it’s going to fail because Hughie’s projects often do in this series. What’s interesting is not only does Hughie succeed — albeit at the cost of Lamplighter who self-immolates — we also get some deep looks and layerings of different characters.

Starlight sees Hughie in a different and more heroic way really emphasizing his growth, Black Noir finally shows an achilles heel, and most importantly, Queen Maeve shows that she’s sick of the bullshit and finally getting things done in a small moment of redemption.

It’s all beautiful moments of growth. Though I think most importantly, it shows both Annie and Hughie’s growth and how they can function a bit more on an equal footing. She’s super, he’s surprisingly cunning. It’s the seeds of a sweet little setup of what’s oddly becoming the series’ healthiest couple in the making. Albeit they’re not officially together… yet (or so I speculate).

As for Lamplighter’s semi-tragic end, it serves its purpose as he goes out of his way to save the day and be a hero, intentional or not. His moment does provide the power and the opportunity for Starlight’s escape, but it also layers himself as a tragic afterthought in corporation Vought.

The Aryan Face Seeks a Family 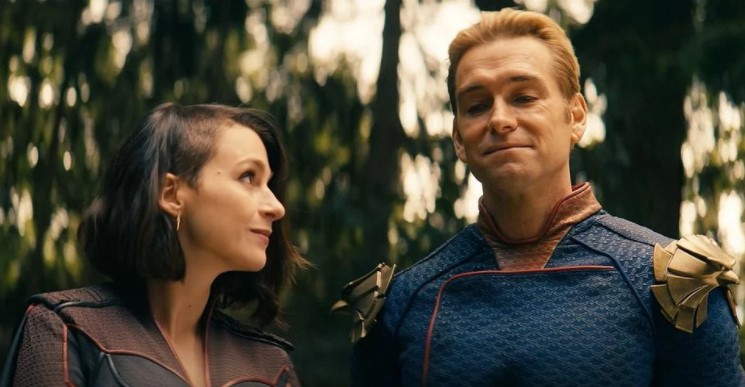 It almost seems like Stormfront and Homelander do nothing but build up the neo-nazi family angle this entire season. During a heated rally led by Stormfront, the couple play towards their base audience, as Stormfront even teases Congresswoman Victoria Neuman as an SJW. Fulfilling their duties to Vought, they sell the idea of the need for Supes, rally against a supposed enemy in Starlight, and even secretly get people hyped for more Compound V.

Seeing just how important family seems to be for Stormfront, Homelander invites her to see his son. The first naturally born superhero.

Homelander wants to be a superhero family. Stormfront helps fulfill her Aryan champion’s dream, by seeding distrust to Ryan about their mother and the fake life they’ve setup for him, along with selling him the glorious fantasies about the outside world: Movies, Voughtland, and promises of a life he’s been too sheltered to see. Enough to whisk him away from his mother, Becca.

The taking of Ryan sets up an inevitable conflict of team Homelander and Stormfront versus Billy Butcher and The Boys. It’s the long-awaited build-up of this season though how it will go down isn’t entirely certain given how much of a branching story we’ve been given this year.

At the climax of the episode, a power-play by Grace Mallory to recruit doctor Jonah Vogelbom to testify, Vought’s former CSO and head scientist, sees a foreboding warning about the cost of Family in this war. The memories of Grace’s now-deceased family, Mother’s Milk’s desperately distanced family whom he misses, and most importantly Butcher and his views of family. The last of which is the most important, because Butcher has a harsh view of his father and sees the fallacies in his own wife’s son. In fact, Butcher is pretty awful and seemingly hates families. This is why it’s unsurprising that he coerces Jonah by threatening the safety of his unless he testifies.

And in the Vought Congressional hearing where Vogelbaum seems like he’s going to spill the beans and shift the tides of this war between The Boys and The Seven, heads explode. Chaos ensues everywhere. And multiple people are murdered.

With an angry Butcher, cornered and without options, aggressively staring at the fallout.

This was a solid one where a lot goes down. As just when we think Vought is cornered, things go entirely awry. I think next week we’re likely to see Stan Edgar again given the aftermath of the events and the needed PR announcement Vought will desperately try and spin. The preview for next week also shows that Billy’s wife is asking for aid about where they took their sons meaning we’ll see a Homelander confrontation that we’ve been waiting for all season.