The Boys Season 2 Episode 6 Review: Homelander Is The Ubermensch

In this episode, we acknowledge that Homelander is the dreamchild of the Aryan Race, a White American poster child of Nazi Germany

We did not ask for more Supes, but it looks like we're getting 'em next week on #TheBoysTV pic.twitter.com/9Z2iHPKRht

One of the things The Boys is great at is in asking the question: who are we when the rules don’t apply? When larger than life people — these superheroic symbols of our time — go unchecked, what’s to stop them from taking what they want and leaving a path of destruction in their wake? Persons who reign not only with brute force and superheroic abilities, but also with power, status, and authority. Because if absolute power corrupts absolutely, then what does Homelander — a narcissistic and unhinged Superman — choose to do with it?

This episode hints at the answer to that question. It also focuses in on some pretty big backstories about The Boys. Particularly, the pasts of both Frenchie and Lamplighter (Shawn Ashmore), the former Seven member and murderer of Malory’s grandchildren.

The Boys Season 2 Episode 6: “The Bloody Doors Off” 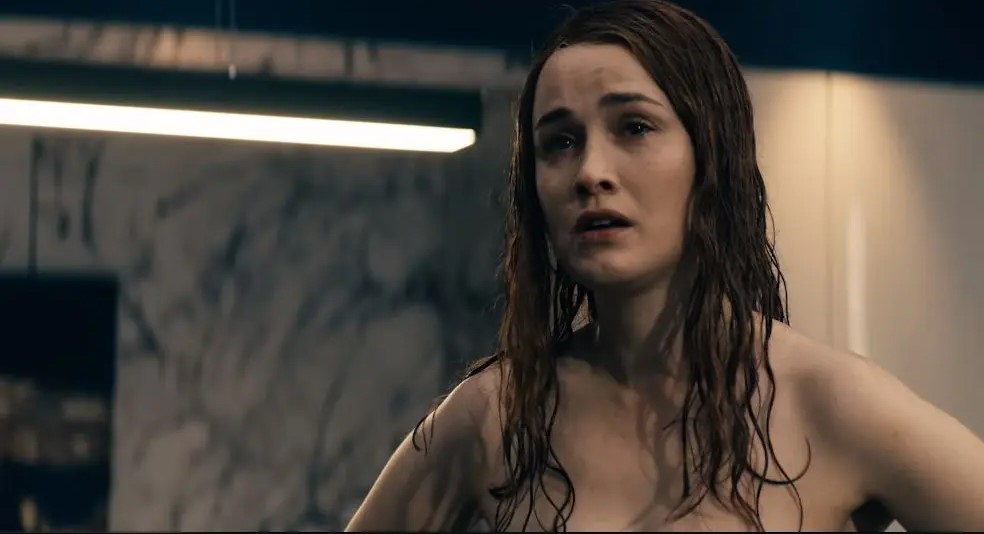 This episode of The Boys is broken up into two parts. One is the mental hospital investigation and resulting shakedown. The other is a nice little bonding moment between Hughie, Starlight, and Butcher. Though like most things in this series: nothing goes according to plan. A lot of casualties die.

We also get some minor reveals in this episode, mostly in that Queen Maeve can’t keep letting Homelander’s sins step aside as it’s killing both her relationship and identity (Vought has REALLY capitalized on her coming out with a lot of LGBTQ centered products), and that A-Train and The Deep become, well let’s just say, better friends in what looks like a parody of Scientology.

The biggest breakthroughs in this episode are hands down the revelations about Frenchie’s past. A beautifully written and acted episode that provides context to these characters, what’s great about “The Bloody Doors Off” is that it layers the characters in such three-dimensionally portrayed dramatic depth that you can’t help but sympathize with them. I think by the end of this episode it’s hard not to love Frenchie. And oddly unexpected, I think Lamplighter is less a maniacal serial killer and more a flawed hero who made a horrible accident when pushed to his edge, by the very Boys we’re supposed to be rooting for.

Also,  kudos to a brilliant casting of Shawn Ashmore. Though Lamplighter in the comics is a parody of Green Lantern, in this TV series he’s a pyrokinetic. All for what’s essentially a parody of Ice Man, the character Shawn Ashmore had played in numerous X-Men films.

Here’s the breakdown of this episode below. Warning there will be spoilers.

We get a little background as to why Frenchie abandoned his post that fateful evening years ago allowing Lamplighter to murder Malory’s grandchildren. The entire segment has a very Requiem For A Dream feel to it, where a bunch of bank-robbing golden girls loving

drug addicts sort of live life on the edge. Though our deepest sympathies are with Frenchie. Being the sympathetic sort of healer and discount surgeon that he is, he’s sort of forced to choose his post or to save his best friend from an overdose. What sucks is in the end, his actions didn’t matter, and by choosing one way… he indirectly let innocent people die.

As someone who has been in those circumstances many times, albeit not as extreme, yeah I sympathize and Frenchie, you’ve won me over as The Boys character I related to the most.

Now, because Frenchie never forgave himself over stopping Lamplighter he’s been on a quest for self-redemption. He’s even made Kimiko his saving grace project even though she’d never deemed it necessary.  Together, the two seem to finally understand each other… And possibly, maybe more. I’ll admit I’m a shipper of the two as I think they’re both awfully sweet in a fucked up kind of way. 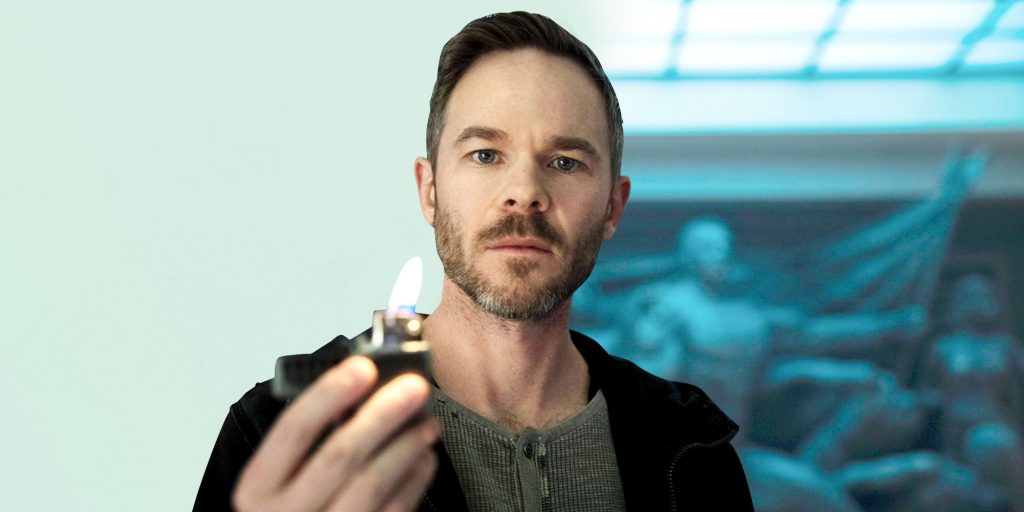 Still, it’s somewhat difficult to fully sympathize with a wealthy famous celebrity. What’s interesting is that Lamplighter accepts the guilt and takes the blame wholeheartedly, not unlike Frenchie. He also doesn’t tell anyone their identities nor the events of what happened that day. In fact, it seems like Lamplighter more-or-less just wants to die in a corner but doesn’t.

So Vought fires him and makes him their disposal man. A person to burn the evidence at a compound where Vought is testing to stabilize Compound V for use on adults. Information that Lamplighter shares all in his odd redemption story we didn’t even know he wanted or needed.

Where the Vought is a pharmaceutical company, not a superhero company reference thus far this season has been sort of a reluctant explanation. This episode brings to light how all of that comes to fruition. Because if that drug is released for the wide-audience there is a lot of money to be made. The world be damned if it becomes bloated with superheroes..

He’s Too Good For Us 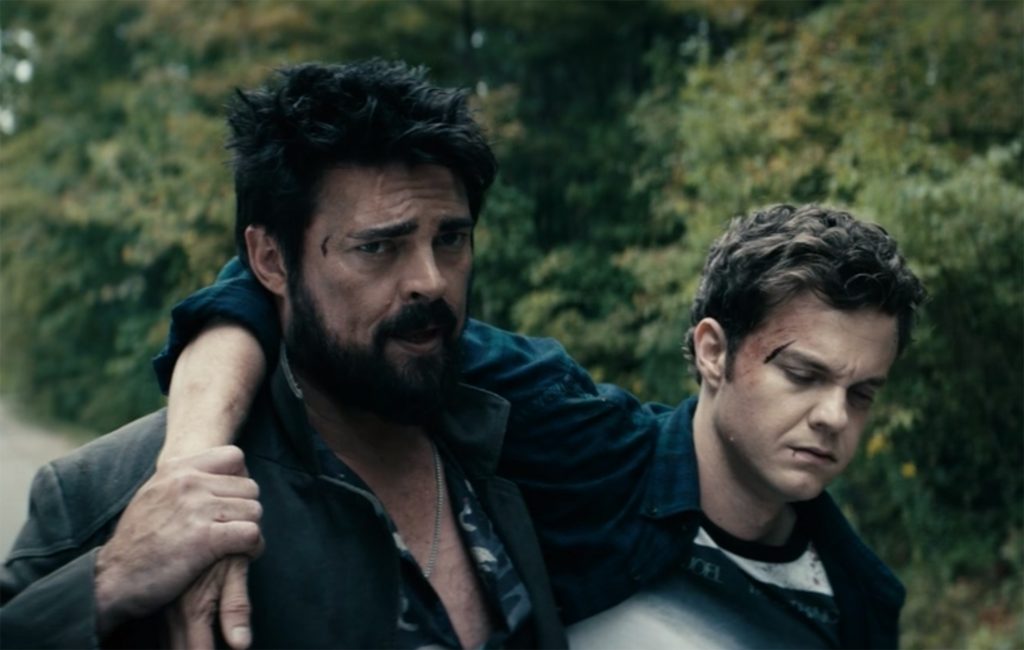 Now, besides all this, Hughie is pretty badly injured in the chaos and is almost killed. Starlight seems to fit into The Boys better than everyone realized, and Butcher, starts to oddly respect her. With everyone in unanimous agreement that the seemingly only decent human being in this show: Is Hughie.

And they’re right. Because so far, he really is the only good person on the show, proving time-and-time again that he’s selfless, brave, and caring. A voice of reason that’s keeping almost everyone on this show, human. 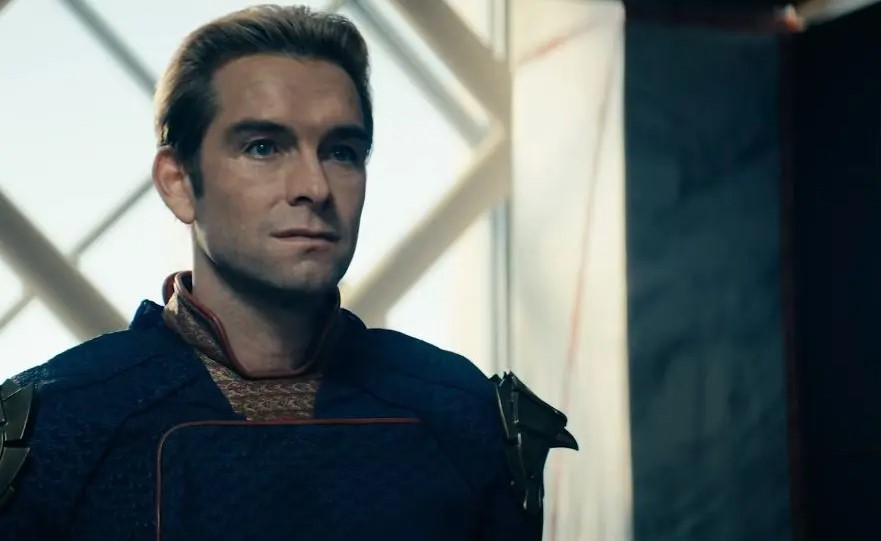 As for the reason you’re reading this. Something is up with Homelander in this episode, in that he has this twisted love affair with Stormfront, but gets upset that she’s hiding from him. Something which we learn by the episode’s end in that Stormfront was born in 1919 Berlin. The former wife of Frederick Vought, she was the first successful Supe. Homelander, being the first perfect Supe.

Together, they’re a Nazi’s dream come true. The Ubermensch. The Aryan Race.

And though it technically falls on Homelander whether he wants to accept his symbolic role as the Aryan Face, and by proxy, Stormfront’s deranged and twisted love; what this show bravely acknowledges is that they are in a war together for America’s soul. Not in a war of fists but in a war of culture, with a person who was quite literally a Nazi leading the way along with her champion: Homelander. What’s crazy, is just how much this hits rather close to home. Especially, with the rise in white nationalists and resurgence of the Neo-Nazis the past few years.

Just how this will affect Vought and The Seven will be interesting. Especially, because now it seems like Homelander, and likely Stormfront, are playing their own sort of game that might not coincide with Vought’s plans.

Like a giant flopping superdick in Mother’s Milk’s face, this one came as a surprise given how much I didn’t like the last episode. Whereas last week I was worried The Boys had lost track, this week was pretty solid by diving deeper into the characters and this world’s history.

I’ll admit, it is super grim that the two strongest people on the planet are both horrible human beings working for an evil mega-conglomerate run by the villain from Breaking Bad.

But is it any worse than 2020 and what we’re living through now? The fact that you have to think about that I think is proof, just how relevant this season has been.

Previous article
The 100: Season 7 Episode 15: “The Dying of the Light” Review
Next article
Review: ‘Enola Holmes’ Brings Women To the Forefront