The Boys have gotten bigger by going deeper, and in this episode, that’s not just a euphemism.

Tremendously flawed and incredulously narcissistic, The Boys is a series about a self-centered group of Superheroes who care more about public opinion over saving actual human lives. Thus far, the season has taken a deeper dive into the lives of each character.

Billy Butcher is back with The Boys and feuding with Hughie over the role of leader. He seeks to liberate his wife Becca from Vought and Homelander, making last-ditch deals with his ex-mentor, Grace, to find leverage.

Meanwhile, Hughie secretly works with his ex-girlfriend, Starlight, in taking Vought down from the inside. Thus far, he’s succeeded in blowing up agent Raynor’s head, becoming The Boy’s unofficial Harry Potter, and confessing his love for Starlight by calling her his second wind. At least, before getting caught in a crossroads between her and Homelander.

Speaking of which, Homelander is losing his mind along with the trust of everyone around him. He’s regretting his murder of director Stillwell, imbibing in her breastmilk, and living out odd sexual fantasies about her. He’s also in conflict with Vought itself this season and desires to train Ryan, his son, to showcase and use his powers… Mostly, so that he can feel less lonely in the world.

“Fuck This World for Confusing Nice with Good”

This season also introduces Stormfront, the newest member of The Seven. With an emphasis on ‘Girls Get it Done’ Stormfront’s character balances the scales embracing a female empowerment approach that seemingly contrasts the in-your-face approach towards Vought’s wholesome American corporatization. Yet, all’s not well, as it’s heavily Stormfront is a racist and possible even white supremacist. Befitting, given how we’ve also discovered Vought’s compound trials began the same time as the Nazi regime.

Speaking of Vought, badass Giancarlo Esposito serves as Vought Executive Stan Edgar this season. A man who plays damage control once it’s publicly known Compound V makes superheroes, Edgar holds his own against Homelander using nothing but his wits and business acumen. He surprises the Leader of The Seven with a revelation: that Vought isn’t a Supes business. It’s a pharmaceutical one. Pushing a product most didn’t even know they wanted by selling the celebrity associated with the Supes brand.

Meanwhile, The Deep is having abandonment issues of his own this season but finds the Church of the Collective welcoming him with open arms. This is of course after a mushroom fueled drug trip with his Gills. Culminating in a moment of spiritual acceptance by singing, “You are so beautiful to me…” The deep acknowledges some hard-hitting truths this season: that he can’t accept his own body and so he violates women’s in return to feel better.

Finally, Queen Maeve wants to officially run away with her girlfriend once the shit hits the fan. And Kimiko finds and then loses, her brother to Stormfront after it is revealed that he’s a member of the anti-supes terrorist group the Shining Light Liberation Army.

And that’s this season thus far. Feel free to tag along as we review every remaining episode of The Boys this season.

The Boys Season 2 Episode 4: “Nothing Like It in The World” 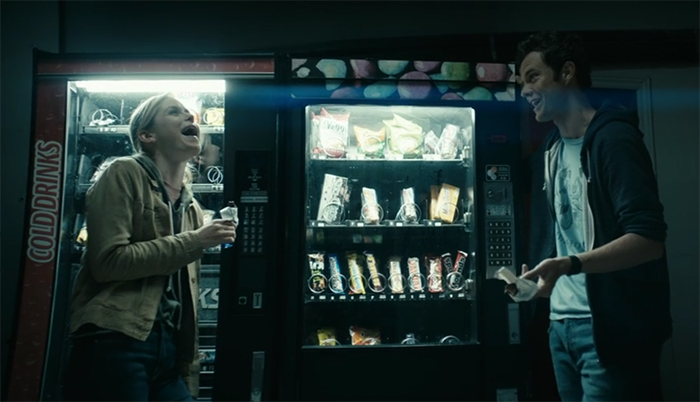 So far, it’s been a fun journey with a lot to unpack, but this episode oddly enough serves as a tension relief. Quite literally. With most of the major cast having sex with each other. And while there’s a little bit of skin revealed, mostly, it’s just some deep character reveals along the way.

Becca is discovered by Butcher thanks to some intelligence gifted by Grace. He finds his wife and the two make plans to getaway. After a reunited night of passion, we learn a thing or two about their rocky relationships. How Butcher has always put Becca on a pedestal. How, although he really loves wife, she can’t trust him to care for her son because Butcher’s been on a warpath long before the two ever met.  She admits that Homelander raped her and how she was scared and went to Vought for help knowing Billy would seek revenge until they all ended up dead.

Meanwhile, Homelander is mad about how Stormfront has the face of the Seven. He creates an arrangement with the shapeshifting Doppelganger to pretend to be Stillwell and comfort him. Angry by the episode’s end over surmounting failures, mistakes, and a poor public image, Homelander shares the sentiment that no one needs to love him but himself. So, Doppelganger obliges, transforms into Homelander, and offers to suck him off. He’s then murdered by Homelander who realizes: he needs no one in his life. 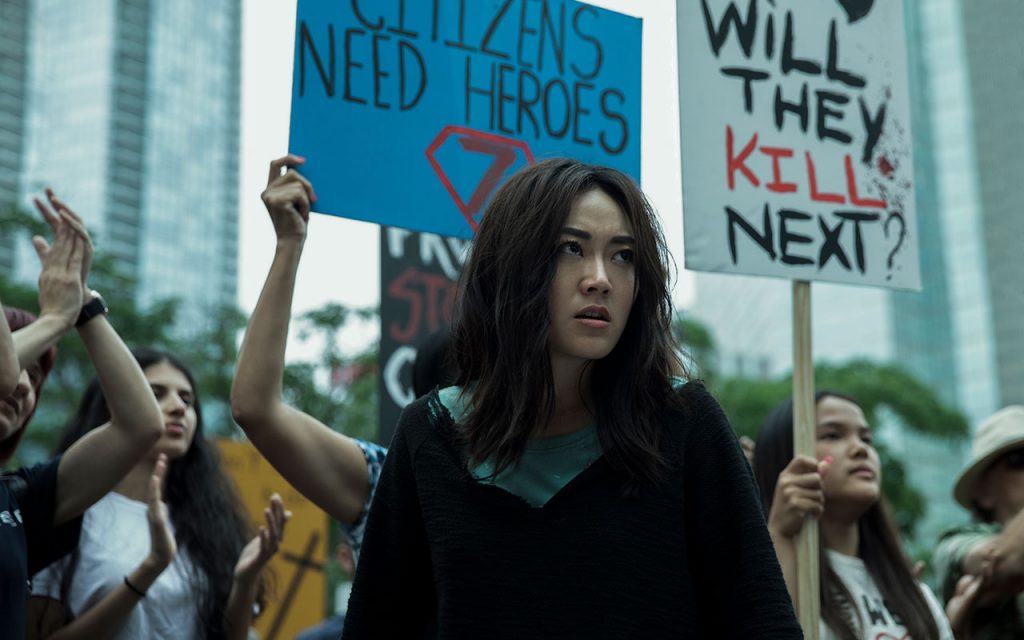 Frenchie tries to kiss Kimiko to comfort her, and rejected, falls into the arms (well, less arms more vagina) of his ex-lover. At the moment, Kimiko is too focused on vengeance against Stormfront over the murder of her brother. Elsewhere, Mother’s Milk chaperones Hughie and Starlight on a mission to find the truth about Mrs. Liberty, revealed to apparently be Stormfront. In an odd homage to fathers and sugars, the trio bond, up until a car crash ruins their fun. Though not entirely, as Annie and Hughie find themselves in each other… yes, you guessed it, sexually. And after a night of passion, agree to never do this again. Because though they’re great together, Starlight thinks attachments are bad as they can’t afford to feel safe right now. 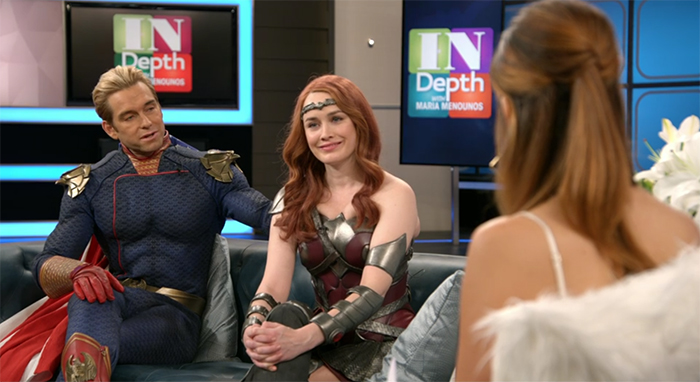 As for the other Seven, Queen Maeve is outed as a lesbian online as Homelander publicly announces how he knows about Elena. Black Noir tracks Billy with some aid (later revealed to be on the tail of the Boy’s in the episode preview). A-Train is fired. And the Deep, runs through dating couple tapes for an arranged marriage to save his PR. 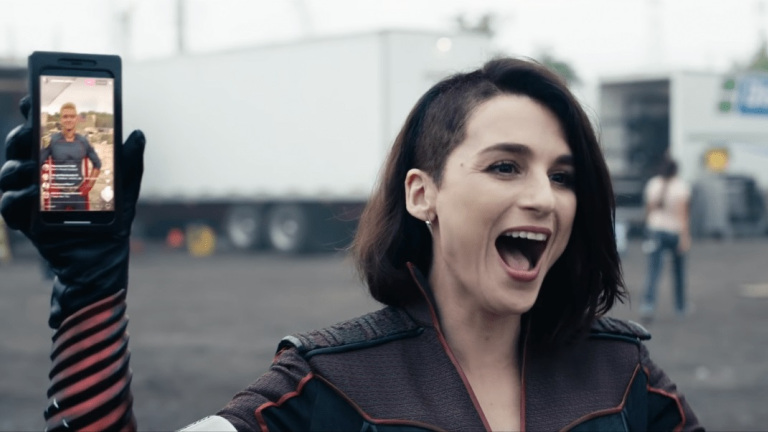 Finally, Homelander confronts Stormfront, who reveals that she thinks he is the best of them but needs help connecting with the audience due to the changing times. It’s implied even more so that Stormfront might be an alt-right fanatic who’s great at social media. It’s also brave and very telling how the show is unafraid of touching hard-hitting topics, especially in regards to Supes-on-blacks brutality.

A pretty good episode that reveals a lot about each character, it’s nice to have these tension release reveal episodes. Though the sex metaphor was a little too spot-on.