The Book of Life Visually Dazzles but is Otherwise Lifeless 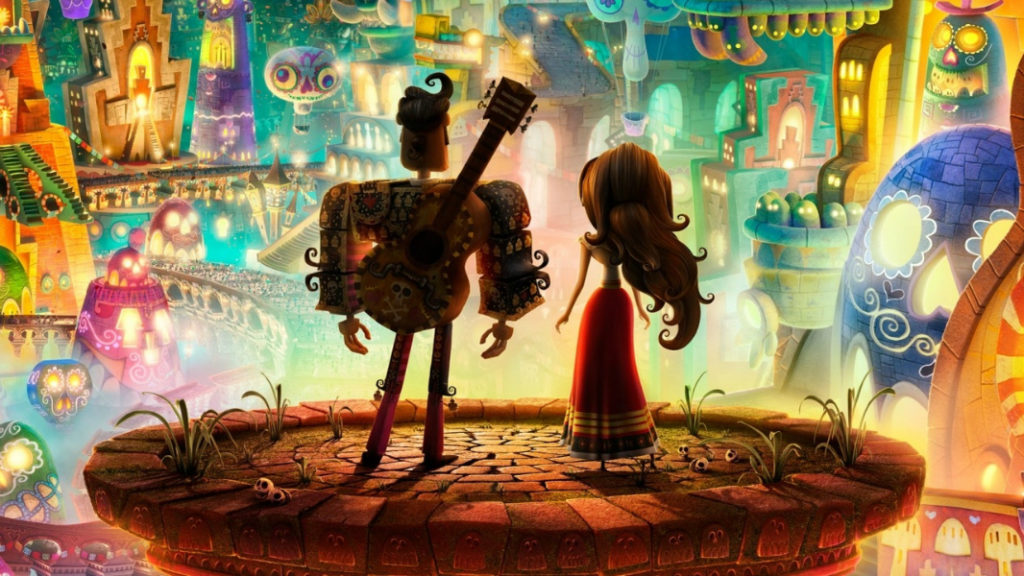 Computer animated comedies have essentially become a dime-a-dozen in today’s cinematic landscape. An art form once dominated by the geniuses at PIXAR with occasional competition from Dreamworks is now ubiquitous at every major film studio with a steady stream of films hitting the market every month.

The Book of Life, the latest of these animated films from 20th Century Fox and Reel FX Animation Studios, was a reason to get excited though thanks to Guillermo del Toro‘s involvement as Executive Producer. Del Toro isn’t one to deliver routine or typical films to the marketplace so there was reason to believe that this Dia de los Muertos-inspired love story could really be something special. And on one level that turned out to be true.

On a purely visual level, this story about two young men (voiced by Diego Luna and Channing Tatum) vying for the affections of their now grown up childhood sweetheart, Maria (Zoe Saldana), packs a wallop. Set in a fanciful island city somewhere in Mexico, the love triangle drama is populated by gorgeous vistas and inventively designed characters that make your eyes and imagination dazzle at the artistry placed before you. 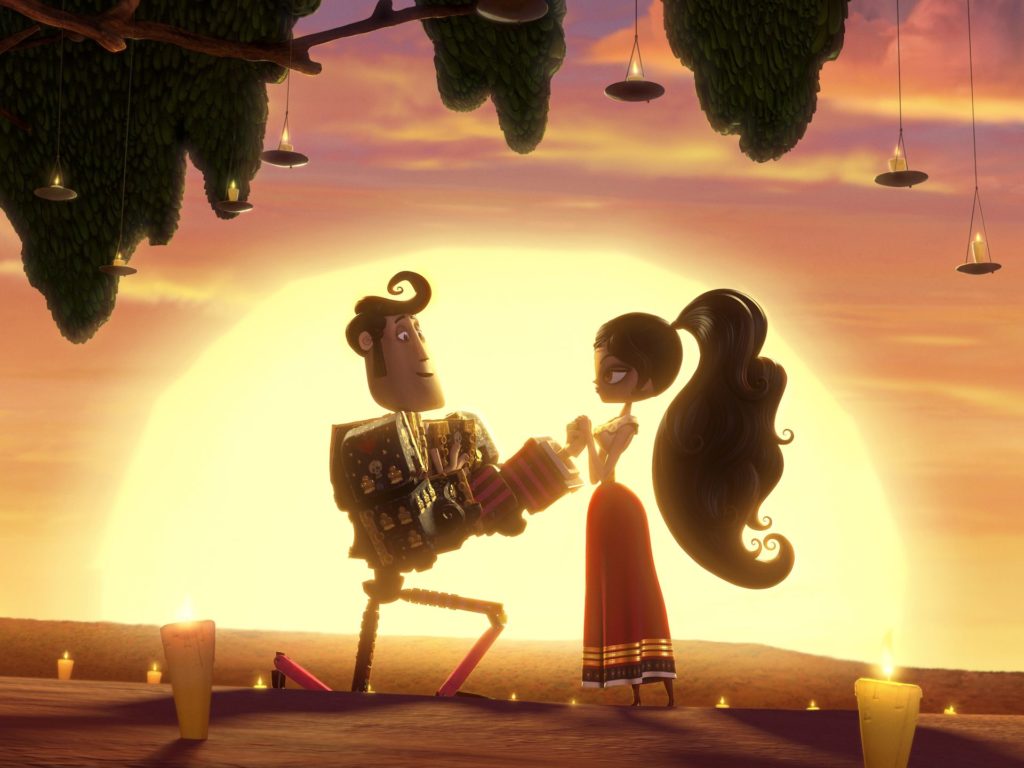 But things get even more stunning and mind-boggling when one of our combatants for love ends up being bitten by a two-headed snake just as he is about to seal the deal with Maria. He passes on to the land of the dead where he is reunited with his ancestors and must go on a quest to earn the right to be alive once again and finally be with Maria.

The afterlife worlds presented here are even more eye-popping than what we see in the first half of the film. With vibrant colors, skulls aplenty, and the stylistic characters associated with the Day of the Dead holiday filling every inch of every frame I couldn’t have been more pleased with what my retinas were taking in.

I only wish that the screenplay itself could match the pure beauty of the images used to depict it. For every gorgeous, original element presented in The Book of Life there are probably five studio-demanded things shoehorned in to attract as big of an audience as possible. Some of these things include tossing in a bunch of mildly outdated pop songs for the cast to perform, hiring a well-known rapper (Ice Cube) to voice one of the roles, and making sure the film ends with a large scale battle that has every man, woman, child, and animal seen throughout the film take up arms in violence against a largely superfluous villain. These things – and many, many others – have become staples of this family-friendly genre and The Book of Life checks them all off the list in blatant fashion.

The film is also hampered by spending a significant amount of time with a narrator character (Christina Applegate) telling the story to a group of children in a modern day museum. These scenes feel like stuffing for the relatively thin plot to make it to 90 minutes and are really only necessary for viewers otherwise incapable of following the plot on their own.

But let’s be real. This is a movie meant for the kids and for the most part I think they’ll like it. It’s full of the kind of jokes that make them crack up hysterically and they’ll likely be dancing in their seats to the music. But adults shouldn’t expect to be blown away by anything more than the visuals, a handful of laughs, and a few heartwarming moments. Oh, and there’s also an adorable baby pig.