The Americans has brought their A-game so far this season, and episode 4 is certainly no exception. Though this installment of the show lacks some of the painful shock value of episodes 2 and 3, it packs an emotional punch that actually dropped open my mouth at one point.

The Jennings, as always, have a lot going on in their lives. They’re trying to work a source at the CIA, one who can get them information on the new counter-terrorism effort, and have landed on the daughter of a high-ranking official…and the tarty babysitter for another agent. She is, they agree, the youngest American they’ve ever tried to turn asset but as usual, Elizabeth (Keri Russell) chooses to be obtuse about the fact that the girl is pretty much the same age as her daughter while Philip (Matthew Rhys) obsesses over it. Because sex and attraction seem to be the best ways to get close enough to someone to learn their weaknesses (duh), Philip draws the short straw and goes to work seducing a teenager.

On the positive side for Philip, he starts to gain insight into how he might forge a stronger connection with Paige. He buys her an album that the potential asset claims is awesome and they have a sweet father-daughter moment. Which pisses Elizabeth off, because the two parents are no longer on the same side. They’re entrenched in a battle for their daughter’s future – Philip firmly on the side of keeping her away from any knowledge of the KGB and what her parents do for a living and Elizabeth anxious to indoctrinate Paige into the only life she’s ever known.

It would be easy to condemn Elizabeth, I think, except that she’s so passionate and resolute about right and wrong. Being a KGB agent isn’t simply what she does, it’s who she is and it’s killed her all of these years to raise her children in a foreign land, with shallow values and a skewed worldview. Now that she has the blessing of the KGB to let the cat out of the bag, she’s more than ready to untie the strings.

The moment that shocked me, when my mouth fell open and the only words that came out were “oh, snap,” (because I am a mental 12yo), was when Elizabeth looks Philip straight in the eye and stops playing games. “Yes, I’m doing this. With or without you.”

Boom. This thing with Paige is happening.

Philip is pissed, and what’s worse is that he has to go out and do the very thing he’s fighting against at home – ruining the freedom and happiness of a young girl. It’s so nauseating to watch him flirt with, put his arm around, a girl only a few years older than his daughter and it’s easy to imagine how he has to turn off his feelings. Turn himself into a monster.

And that he probably goes home and throws up his dinner. 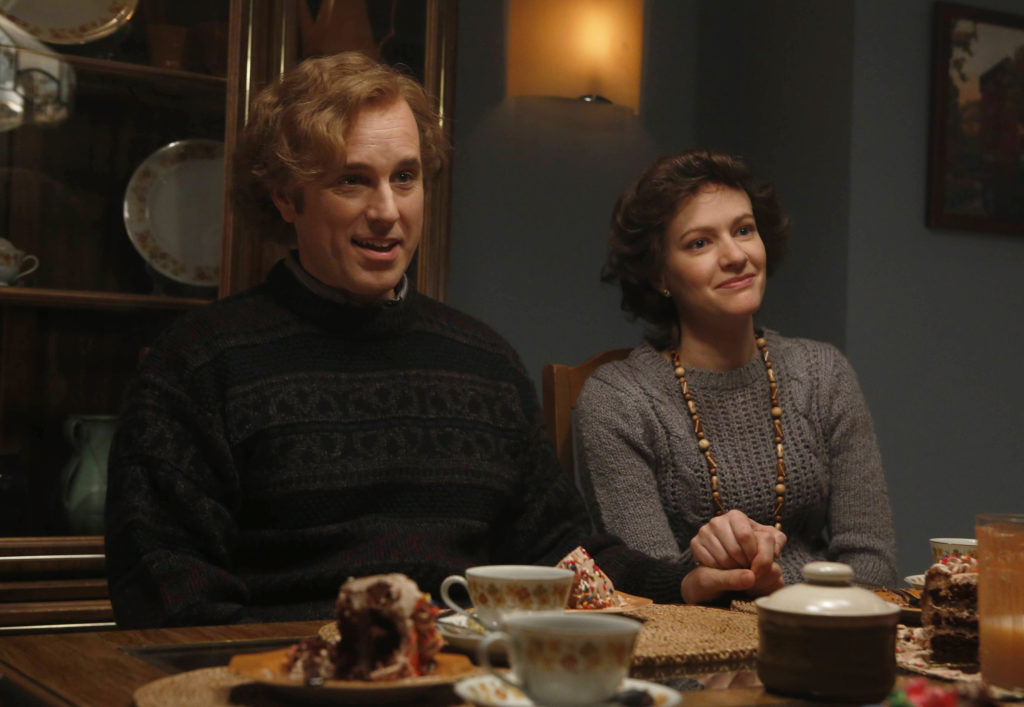 Paige, for her part, isn’t letting up on the religion thing. Instead of inviting friends over for a birthday celebration she requests they ask her pastor and his wife, then drops the bomb that she wants to be baptized. Elizabeth and Philip have a quick conversation, one I’m sure millions of parents have had and millions more will, in which they acknowledge that telling her no is only going to push her harder toward the church. I’m not sure how this whole religion thing is going to play into her official recruitment into the KGB once it begins, and I can’t tell right now if Philip thinks it’s going to hurt or help him keep her away from the life that’s slowly killing him. Right now, I think he doesn’t mind because it drives Elizabeth batty and it’s about the only kind of enjoyment he gets at home.

As an (relevant) aside, Holly Taylor has really grown as an actress and is starting to flesh out her role in a really compelling way that has me sort of rooting for Elizabeth on this whole recruitment thing. I’d hate to have her part diminished at this point.

The theme of this episode is definitely loss of innocence, and the juxtaposition of Philip trying to protect his daughter from the brutality of the KGB and him out actively ruining the innocence of another teenager is heartbreaking. Along the same lines, Paige’s desire to “wash away her old self and be clean for Jesus Christ” plays into the same thread and leaves me with lots of existential thoughts about American society and what it means to be “clean” to begin with. But that’s a topic for another day.

The storyline that’s dragging for me, that seems to have little to no point, is this whole thing with Stan going to these counseling sessions and trying to win back his wife. Dude. You fell in love with one of your assets, didn’t give a crap if your wife knew because you loved Nina, and then want to go crying home when your girlfriend gets deported. None of us think you love your wife or deserve to have her back in your life and wake up – she doesn’t, either. I did enjoy the return to seeing Stan as the very good FBI agent that he is, and I’m curious where this storyline with the Russian asset is going to go – is she legit, is she undercover? We just don’t know but everything we know about Stan’s abilities say we should trust his instincts. 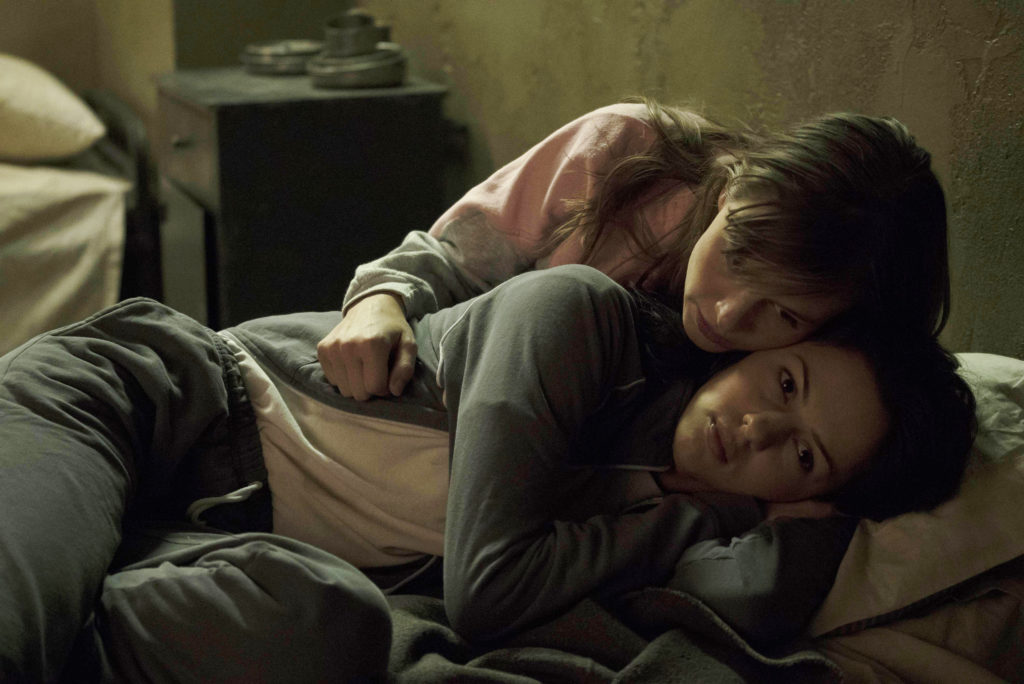 Speaking of Nina, she’s still in prison! They have assigned her more spy duties, though, giving her a roommate from whom they need some information. In exchange, they’ll grant her a more lenient sentence. There may be something wrong with me (there is) but I love seeing Nina as the total badass spy I always knew she could be.

The writer’s of The Americans are doing a beautiful job building the tension with each scene, each episode, and if they continue they’ll have us all right where they want us in time for a big finish – at our breaking points.