The Americans Review: Are You Falling Apart?

That’s the question that Gabriel poses to Philip toward the end of this week’s episode – “are you falling apart?”

Philip (Matthew Rhys) answers that he’s fine, just pissed at the world in general and Gabriel’s platitudes and pretend friendship (I can’t blame him; I’m really beginning to hate the guy, too), before storming off with a thinly veiled threat. The fact is that Philip is falling apart, and the sight of him barely holding it together is breaking my heart. Elizabeth (Keri Russell) can see it, can sense it, but as usual she’s got a mountain of her own troubles keeping her from being the support that he needs to pick up the pieces.

Paige (Holly Taylor) is clearly freaking out about her parents’ secret, and who can blame her? She hasn’t moved past the asking a million questions phase from the expressing how she feels about it stage and I’m dying to find out what thoughts are rolling around in her head.

Things are re-heating with Martha at the office, with the investigator asking her to come in for another long session. Phil (or Clark) teaches her how to look convincingly innocent, how to lie well, and it seems to be working. The thing is, this is going to end badly and everyone but Phil seems to realize that–Martha is going to crack, she’s going to get caught, or she’s going to decide that lying to protect a husband she really hardly knows isn’t the smartest thing in the world and it’s going to blow up in their faces. 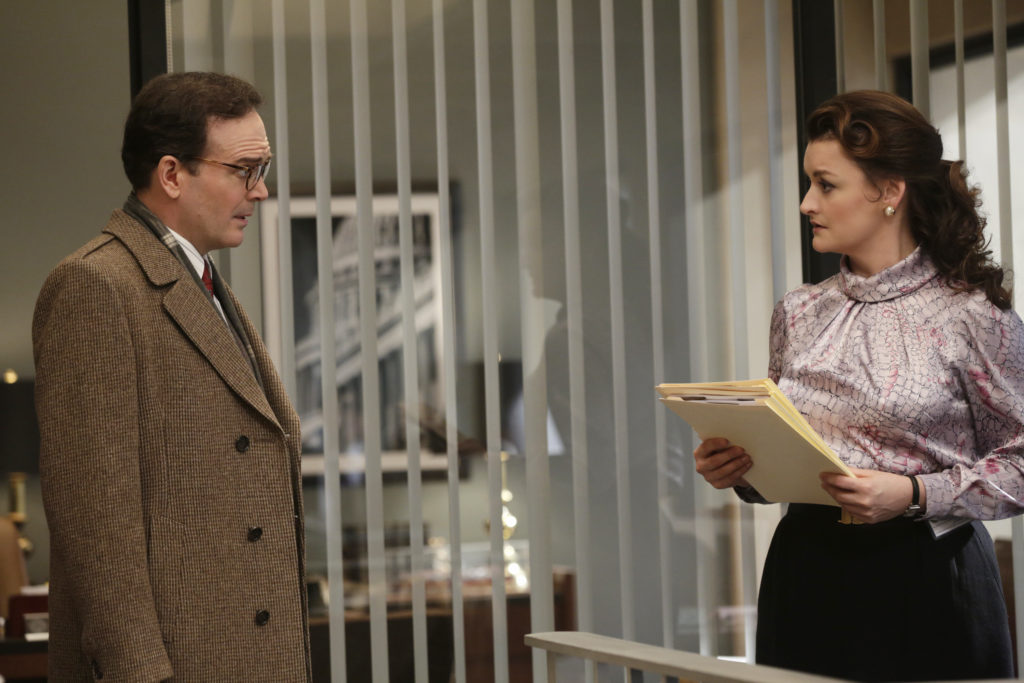 Elizabeth is running the job at the hotel, getting the manager to trust her so that she can copy keys and get into the computer system, and what she’s going through is one of the most interesting struggles and transformations in all three seasons of The Americans. See, Elizabeth is starting feel–for her daughter, for her husband, her marriage, the things she has to do in service to Mother Russia. Using sex to get to the hotel manager bothers her, it’s eating away at her (that said, coming home from making out with him to go down on you husband is kind of…off).

She’s falling apart, trying to figure out how she can reconcile what she believes with what she’s starting to feel. He’s falling apart, the news of his son and what happened to Annalise and Paige’s newfound knowledge swirling into a volcano he’s determined to not have erupt. He’s turning of his emotions as Elizabeth turns hers on, and the coming rift in their marriage is making me want to cry even in anticipation.

I’m not sure what’s in store for us in these past couple episodes of the season but as always, I’m nervous. The Russians have access to the FBI (I appreciated this bit of humor). Paige is a wild card. Nina is making headway with the scientist, but perhaps her heart is getting the better of her, too. Who knows what’s going to happen with Stan and Martha, and whether Phil’s going to lose his shit completely and do something stupid. I’m afraid that his not getting his way when it comes to Elizabeth going home to see her mother is going to be the spark that lights the fire and then all bets are off.

All bets are off with this show right now the way it is and even though it’s exciting, I might need someone to start holding my hand on Wednesday nights.

The Americans, Season 3, Episode 11 “One Day in the Life of Anton Baklanov” originally aired Wednesday, April 8th at 10/9c.