In Honor of President’s Day, Here Are The Ten Worst Leaders in Film History

While everyone else is off celebrating the presidents of the United States (good and bad), I would like to honor the worst of the worst in the Film Leadership Category.

Oh, sure. I could include the likes of Viper, for letting Maverick run amok in Top Gun, or even Bill Pullman’s president in Independence Day (whose name I can never remember), but that would be too easy. (Besides, I’ve had a crush on Bill Pullman since forever and I don’t care how cheesy he is, I won’t include him on this list.) And there’s no way I’d include the likes of Miranda Priestly because she’s so damn funny.

But this group of ten? They aren’t funny. They aren’t wise. They aren’t crush-worthy. They have nothing positive going for them, each squandering their respective positions of power. They are THE WORST.

I’m cheating. Technically, I have two mini-series on this list, but I tend to count mini-series more as film than TV shows because of reasons. Besides, it’s my list. Don’t try to tell me who I should hate! 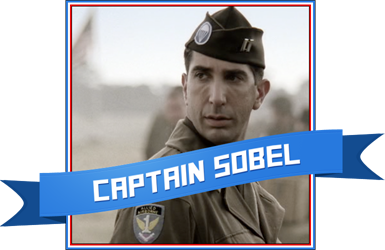 seen Band of Brothers about a million times, then you hate this guy. There’s really no way not to. Right from the beginning he’s cowardly, manipulative, and cruel. He pushes Easy Company to the brink, and they do come out on top for the better, but when it comes time for the real thing, Sobel chickens out, proving he’s not worthy of leading a group of men into combat. 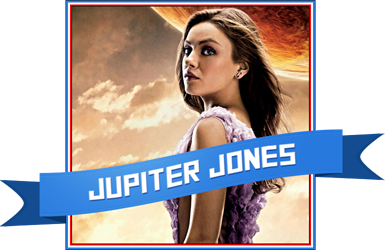 This list needed more women and Jupiter Jones is a pretty pathetic leader. Jupiter is given reign over several planets, doesn’t actually rule over them, and is consistently manipulated by others, even her savior. The amount of agency in this girl is equal to the amount of work ethic in me. That is to say, it ain’t much. Her only independent act was to shoot a guy in the knee. There was opportunity for so much more, Jupiter, so much more than gravity boots. And that’s why this hurts. 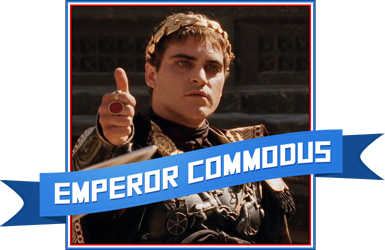 Commie?–look, I love a good, barbaric Roman Emperor. And hey! You earned that gig fair and square, what with murdering daddy and all. But you see, Commie, there comes a time in every Emperor’s life when the kicking and screaming “LOVE ME” has to stop. Believe me, I know it’s hard to be an adult, but you wasted away the Roman Empire. You know who else destroyed a kingdom by acting childish? Joffrey. Yea, that’s the kind of company you keep.

I love a good Disney villain. 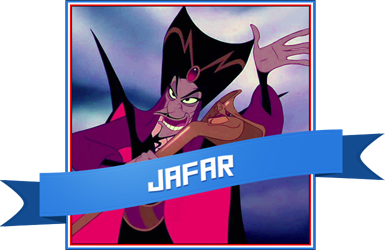 Actually, I think I love most Disney villains. “Poor Unfortunate Souls” is my jam. But Jafar, you ruined it for the rest of the class because you couldn’t keep your damn mouth shut. Oh, I’ve got everything I could ever possibly want, with the street urchin who could stop me in my grasp, dying, and I’m going to commit the greatest villain sin of all: I’m going to gloat and talk and talk until I’m forced to lose. Scar may have talked his way to death as well, but at least he was funny. Also, get a real beard. You look ridiculous. 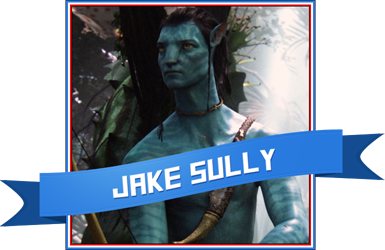 Jake lives in a stunning cinematic world, but also like Jupiter he suffers from a case of the Blahs. All of his decisions are made for him and even though his history should make him somewhat interesting, it doesn’t. Jake is never truly forced to answer, “Should I take the legs and run or should I help my own people?”  Jake could have done much more as a liaison between the two factions, and instead, things go the easy route and lead to war.

5. William Hamleigh (Pillars of the Earth) 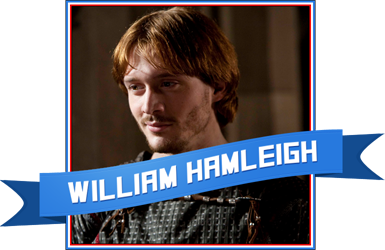 the least well-known of the group, but I assure you, after his deeds in the mini-series (and especially the books), he belongs firmly entrenched on this list. Hamleigh is a weasel. He’s a rapist, a murderer, a mama’s boy that takes family love too far. Petty, arrogant, and a coward, there’s absolutely nothing going for William Hamleigh. 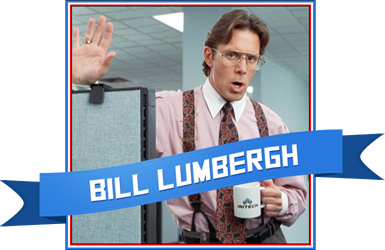 3. Dolores Umbridge (Harry Potter and the Order of the Phoenix)

I actually didn’t want to include 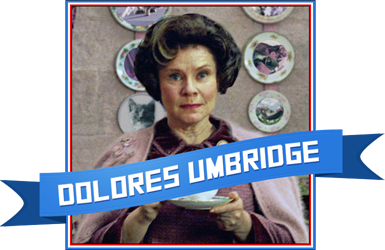 Umbridge on this list because at times, I find her absolutely hysterical. However, Bilal saw fit to remind me that I’m the monster who cackled when Dobby died and Cersei is my favorite Game of Thrones character, so I had to give in. Dolores Umbridge is a terrible person. Guided by the Ministry of Magic’s absurd ideals about education, Umbridge tortures students, terrorizes professors, and most horrifically, teaches straight from the text book. Also, she’s a cat lover. Yeesh.

Look at that old man’s smile. 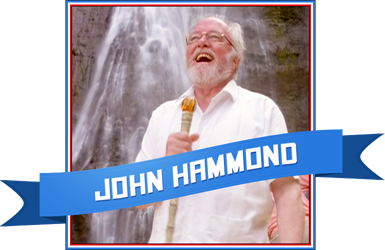 He could be your grandpa, with that cute little beard and a belly that jiggles with each wholesome laugh. Except John Hammond is not like your grandpa. John Hammond is a monster who unleashed the dinosaurs upon our population, killing dozens (hundreds?) of people in the process. His arrogance over an ability to control such creatures is asinine. Unfairly, he also manages to make it off the island alive.

1. Jar Jar Binks (The Prequels That Shall Not Be Named)

I almost included Padme on 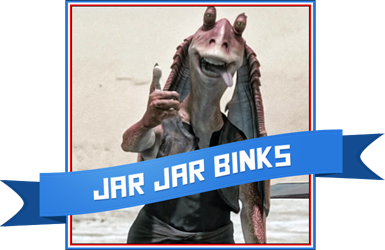 this list because she’s the idiot who left Jar Jar Binks in power, but I can’t hate her. She made a mistake. Jar Jar Binks, on the other hand, is the mistake. Not a single person likes this idiotic asshole. NOT ONE. Even his creators would have thrown him in the dumpster if it weren’t too late. Instead, they didn’t have the balls to go against George Lucas, and then JJB advocated control of the Senate to Palpatine, and we know the rest. Blame should also rest with the members of the Senate who essentially created the Empire, but none of those members have such a punchable face as Jar Jar. No one even cut off his ears as punishment for his idiocy.
That’s all I’ve got. Who else am I missing on this list? Anyone you wholeheartedly disagree with being on here? Let me know in the comments. I promise not to include you on my next list.

Previous article
’12 Monkeys’ Review: Into The Night Room
Next article
‘The Walking Dead’ Review: Them