I am the worst when it comes to platform video games. I’ve loved and played them since before I can even remember, Mario, Sonic, Metroid, Castlevania, all of the classics. You would think that with 25 years experience under my thumb I would be better equipped to handle such games.

And if you watched me play Tembo the Badass Elephant, you would quickly realize that experience means nothing in my hands.

Tembo is an action platformer from developers Game Freak (that’s right, those Pokemon nerds) that harkens back to the Sonic games of old, back before 3D became an obnoxious “bonus.” You take the role of the Rambo elephant, intent on saving Shell City from the dastardly, mustache-strokingly evil PHANTOM. As you blaze through levels scoring peanuts instead of rings, you have the option to rescue civilians trapped in fragile glass cages, bringing them along for the fast-paced ride through each level. Or in my case, the fast-paced ride to gruesome death. 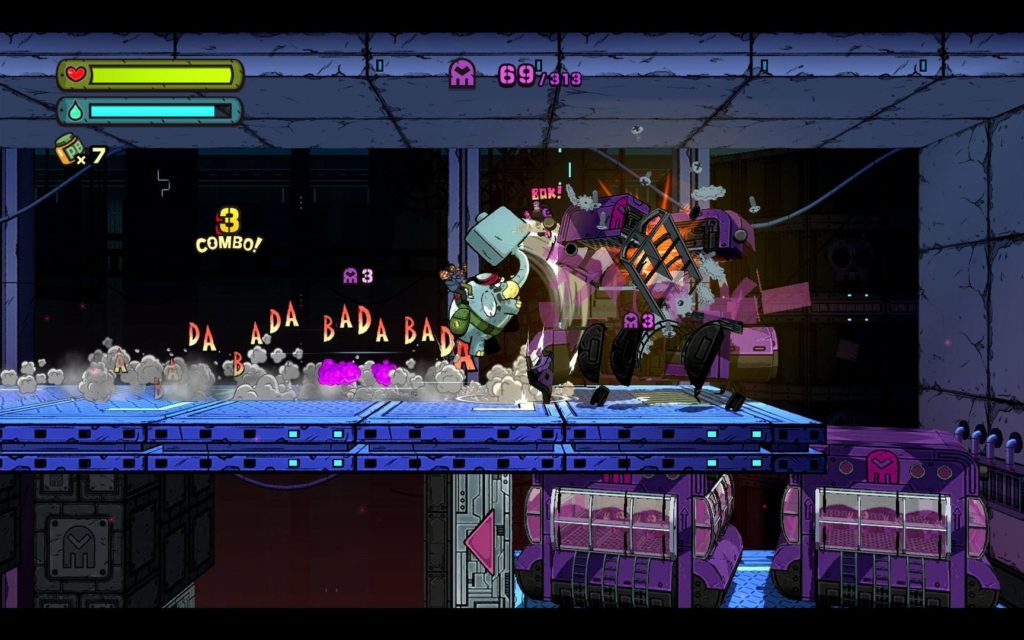 There’s also a baddie death tally for each level which is important because that overall total allows you access to later levels. Haven’t murdered enough purple dudes? Go back a level and make sure you’ve killed them all. Rescue a few more civilians while you’re at it because you probably missed a bunch, you half-assed hero.

While the game wants you to play as fast-paced as the Sonics of yore, you can’t. Too many traps await you, be it baddies with knives, electrical currents, and fire EVERYWHERE. Not to mention the fact that you do need to stop and kill every PHANTOM baddie you come across if you plan on moving forward in levels. I suppose you could stop to rescue the idiots who were captured if you’ve got a completionist personality. With all that in mind, you’re less likely to spend your time BADA BADAing across the level and instead jumping and dodging attacks, spraying your snot water to put out fire, and figuring out puzzles to earn a few extra peanuts. It’s not a *bad* thing, it’s simply the game is promoted as a zooming elephant flying across levels, tucked into a ball, and killing everything in sight, and that’s most assuredly not the case.

I do enjoy it the game. It has a good feel to it. The animation and hand-drawn comic action noises are a subtle and entertaining touch. Most of the controls are simple enough to master though there’s this point between controls where instead of dashing you can end up as a ball, hurling down toward the ground, which is particularly frustrating when the floor is paper thin, easily destroyed by your hulking frame, so you plummet to your death, again and again and again. 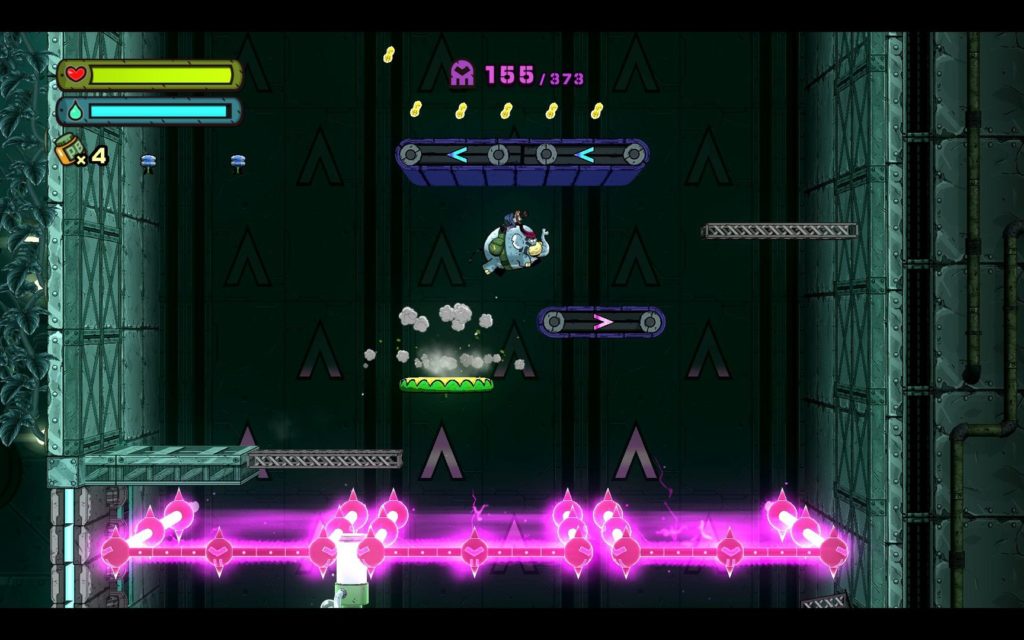 Tembo isn’t a long game, only 18-levels, and even with the inevitability of going back and repeating levels a few times, it still feels a bit short. That being said, for $15, I felt I got my money’s worth in content. The levels do offer a bit of a challenge and while you can earn extra lives from all the peanuts you’ve collected, you’ll probably end up dying more than you like to admit. Even the bosses offer some challenge, but as long as you aren’t five years old or me, they shouldn’t be too rage-inducing.

All in all, Tembo is a fun time-waster of a game. Don’t expect an in-depth story about how Tembo left his family in the jungle and ran off to save Shell City as a means to provide for them and then picks up a terrible peanut butter habit. It’s meant to be simple, silly, and fun, something you can play for thirty minutes and then put down; all of which it succeeds at.

Tembo was played on the XBOX One but is also available on the PS4 and Windows.

@theworkprint
Follow
Previous article
A Hangover For the Holidays: ‘The Night Before’ Trailer
Next article
A Look Back: ‘Mission: Impossible III’ (2006)