‘Supergirl’: Are we still pretending like this isn’t Supergay?

Finally, Supergirl gave fans the kind of episode we have been waiting for! “Exodus” certainly wasn’t a perfect episode, and definitely doesn’t compare to the likes of some season one episodes like “For the Girl Who Has Everything,” but it’s a nice return to form for the superhero series, focusing on the big bad villain and the bond between the Danvers sisters. “Exodus” follows the SuperFriends as they try to deal with the ramifications of Papa Danvers stealing the alien registry list and giving it to Cadmus.

Let’s get into the real reason why this episode was so successful: it doesn’t focus on the relationship drama that has been bogging the series down for the past few weeks. As much as I loathe Mon-El and his “hey babe” attitude, I’ve accepted his presence as a necessity, for now. However, he’s had the forefront for far too long, so thank Rao the writers saw fit to put his dopey ass in the background for 45 minutes.

With a focus on Alex and her unwavering faith in her father’s goodness, “Exodus” succeeded where other Supergirl episodes failed because of its streamlined nature. Bouts of tense emotion weren’t juxtaposed against ridiculous Mon-El humor or over-the-top arguments between couples. At its core, “Exodus” was about Alex proving that Cadmus hadn’t completely corrupted Jeremiah. Last week, everyone believed Papa Danvers was truly back (except for Mon-El), until he turned traitor and gave Cadmus the alien registry. This week, Alex goes rogue, against J’onn and the DEO’s wishes, to save her father.

Alex, more than anyone else on Supergirl, needs parental guidance. On the outside, she has her shit together, she’s badass and formidable, but on the inside, she craves approval. After Alex lost Jeremiah the first time, she rebelled, squandering her bright future, and it was up to J’onn (as Hank Henshaw) to bring her back to reality. J’onn took Jeremiah’s place as the parental figure needed to keep her on the right path. She doesn’t have the squeaky clean morality that Kara does, so instead, Alex relies on rules and J’onn’s disappointed look to keep her on the straight and narrow.

But when Jeremiah came back into her life, Alex’s coping mechanisms went out the window and she unleashed a fury that had been building from fourteen years of abandonment onto the Cadmus grunts. Thank goodness Maggie understands this development in Alex. While Kara and J’onn want Alex to play by the established rules, Maggie gets that when this many emotions are at stake, only Alex can decide what’s best.

It’s understandable that J’onn and Kara think Alex’s judgment is clouded where Jeremiah is concerned, but when she enters the Cadmus facility, she is anything but distracted. Alex, with her bombs and ferocity, is two steps ahead of Lillian Luthor, and ultimately, she is vindicated in believing that her father was still ultimately a good person. Alex is ruthless in her assault on Cadmus, but it’s important to note that she’s not reckless. She cares first for the mission at hand and saving the lives of the innocent aliens who have been kidnapped and subjected to illegal deportation from the planet. So much so that she risks her own life to try to stop the frigate Lillian launches into space.

In one of the best Danvers sisters moments we’ve seen all year, Kara uses every ounce of strength to stop the ship from reaching the Earth’s atmosphere, taking her beloved sister with it. I can’t describe the power in this moment without getting emotional. Alex doesn’t offer up trust and loyalty lightly, but those who earn it, like Jeremiah, and especially Kara, get it doled out in spades. Alex, despite Kara struggling to stop the ship, never doubts that her sister, Supergirl, will fail, and just as Kara’s own faith wavers, Alex puts her hand to the glass and cheers her hero onward. It’s a scene that’s bolstered by fantastic music and just enough tension that made me think we might actually lose Alex for a short while. Thankfully, Alex’s faith was, as always, well placed, and Supergirl saved the day.

And Jeremiah also did his good deed in helping Alex fight against Cyborg Superman and Cadmus. He’s redeemed a tiny bit, at least for now. Their reunion is sweet, but I can’t help but feel like it came much too late. Had it occurred earlier in the season, it might have packed more of an emotional punch.

Papa J’onn being emotional at the thought of losing Alex definitely punched me in the throat, though.

I haven’t been the biggest fan of Kara’s reporter storyline at CatCo, mostly because it felt hollow compared to season one’s plots at the media headquarters. (I MISS CAT.) And because Kara only seemed interested in the position because of Clark. (Though, I am a huge supporter of the theory that Lena was actually the reason Kara became a reporter because I’m a Supercorp trash bag.) Snapper never felt like someone who would push Kara to her limits the way Cat Grant ever did and while there is truth to his “SOURCES” tirades, the arc falls flat in comparison to other ongoing plots. 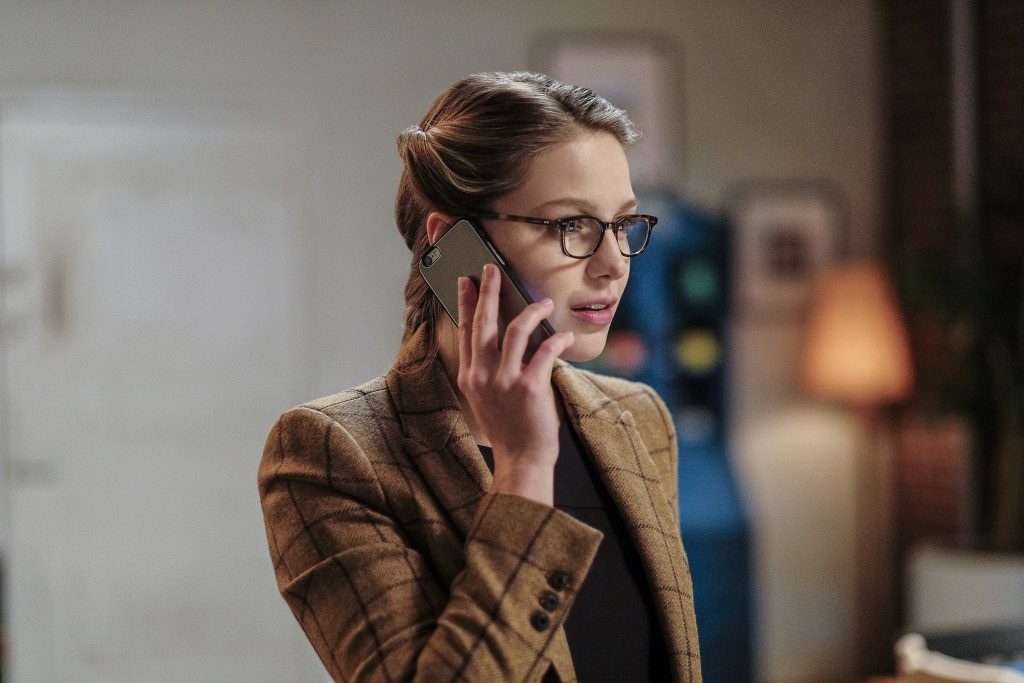 Kara wants CatCo to publish the news that Cadmus stole the alien registry, as a warning to aliens to be on the lookout for suspicious men in police uniforms followed by totally-not-guilty black vans. Snapper disagrees because he wants sources on this connection and of course Kara can’t give it to him because, well, the DEO doesn’t exist, so instead she turns to blogging as a form of reporting the news.

Now, this is a trend I’ve noticed not just on Supergirl, but Arrow as well, and I have to tell you, it rubs me the wrong way. Have y’all ever blogged? Have y’all ever tried to get news or even an opinion piece out to hundreds or thousands of people? I’ll tell you, it takes a whole lot more than hitting “publish” and tweeting it out to the world. Even with a few thousand followers on Twitter, there’s no way Kara would have the kind of reach she’s hoping for, especially not compared to CatCo’s clout. And then what? I’m expected to believe that Lillian Luthor follows Kara Danvers on Twitter and gets instant updates when she tweets? Is that kind of blog so much of a threat to her operation that she would rush the launch of a frigate carrying precious cargo? Don’t get me wrong, I’m sure Kara has Lena Luthor backing her on the internet (heh), and I suspend a significant amount of belief where Supergirl is concerned (namely that Kara would ever willingly chose to date Mon-El), but the plot of her blogging to stop the bad guys and then getting fired for it is so preposterous that I had to rant about it.

On the upside, Kara’s exploits did lead us to this wonderful interaction between Supergirl and Lena. There’s no way you can’t tell me this CLASSIC Superman pose, carrying the “damsel” bridal-style, isn’t fraught with subtext. I will absolutely go down with this ship. Also, if Ms. Luthor doesn’t know that Kara is Supergirl by this point, well, then we might have to suspend writing some fanfiction as punishment. (At this point, I’m almost certain Lena knows the truth. Hell, she probably knew before Kara slipped earlier in the year and said she “flew” into L Corp.)

Also, Kara and Lena had a date to go get kombucha. Y’all cannot tell me that is a completely platonic interaction. At least one of them (Lena) has romantic intentions. SERIOUSLY LOOK AT THIS GIRL’S FACE. SHE’S KNOWS GODDAMN WELL WHAT SHE IS DOING TO MY HEART. More thoughts about Lena because Katie McGrath does things to my stupid, fluttering heart: Lena isn’t a damsel in distress either. When push came to shove, she defended herself the best any non-powered human could. Moreover, Kara goes to Lena for help on a regular basis and trusts Lena’s advice. While Mon-El is in the background, acting like Champ from Wynonna Earp, Lena is in the thick of the mess, getting down and dirty to help Kara with whatever problem she faces. EVEN IF there is never a romance between these two, there is a relationship that goes much deeper than whatever Kara and Mon-El have.

James did a fantastic two second job as Guardian, but I’m kind of bummed he doesn’t have more to do these days. I know we’re currently following the Life and Lies of Prince Mon-El of Daxam lately, but I miss James Olsen.

I’m digging Winn getting a romantic plot. Lyra is kind of wonderful.

But for real, y’all, LOOK AT HER FLIRTY EYEBALLS: