According to Starz, season three will open in the wake of the destruction of Charles Town, where the world lives in fear of Captain Flint. When his campaign of terror crosses over into madness, it falls to John Silver to locate the man within the monster.  Meanwhile, with Eleanor Guthrie gone, Jack Rackham and Captain Charles Vane struggle to secure Nassau for the ages.

Black Sails, which is already renewed for a fourth season, is about to begin production on its fourth season in Cape Town, South Africa.

The ten-episode third season of the authentic high seas drama follows the most feared pirate of the day, Captain Flint (Toby Stephens), and takes place twenty years prior to Robert Louis Stevenson’s classic “Treasure Island.” Ray Stevenson (‘Rome,” Insurgent,Divergent) joins the cast as the iconic pirate ‘Blackbeard,’ and Luke Roberts (“Wolf Hall,” Pirates of the Caribbean: On Stranger Tides”) joins as historic figure ‘Woodes Rogers.’  In season three, all are tested when a new threat arrives in Nassau, one the pirates could never have anticipated.  It knows them.  It understands them.  And in the blink of an eye, it will turn them against each other. 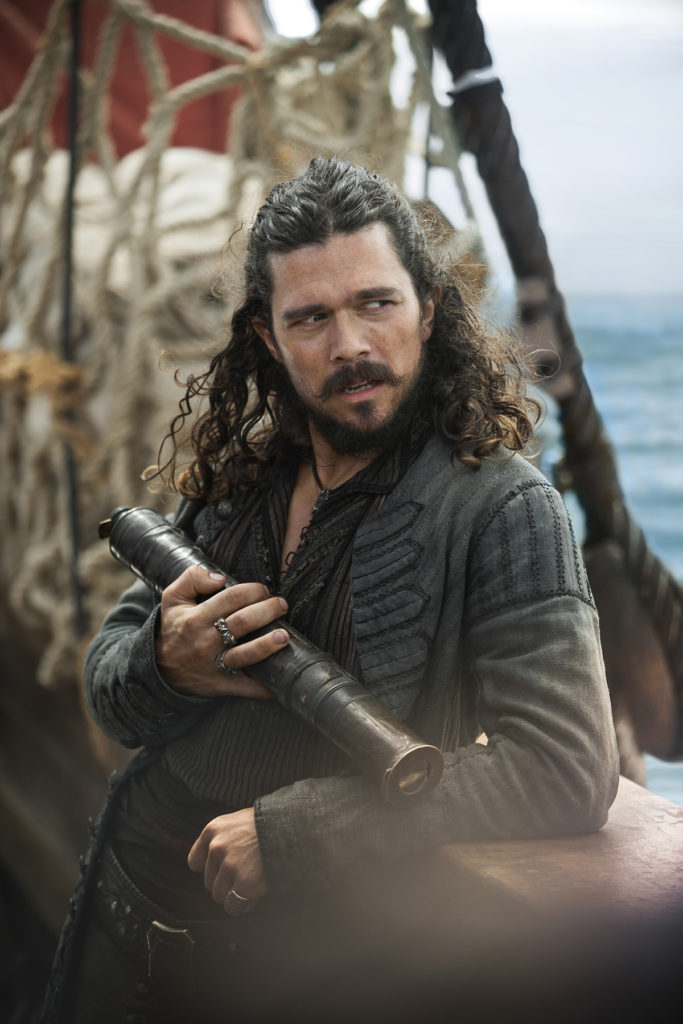