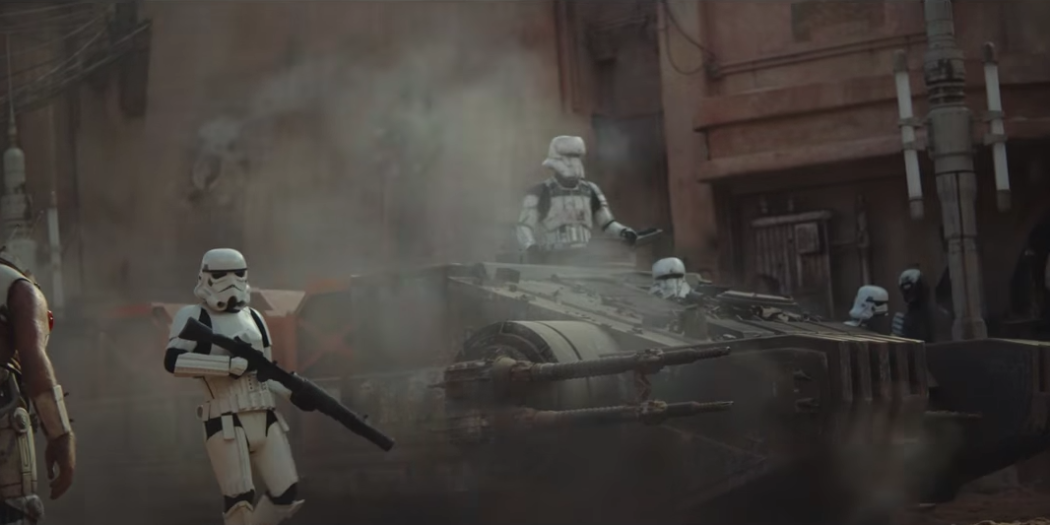 It’s All Out War in the New ‘Rogue One: A Star Wars Story’ Trailer

Rogue One: A Star Wars Story is headed to an all out war by the looks of the newest trailer.

Shedding light on the Resistance, the new trailer highlights an assembled team aimed to find a way to stop the Death Star – and it’s not looking to be an easy task.

It’s doom and gloom and with the reveal of Darth Vader at the end, one can only question if the movie’s heroes will make it out alive.

Lucasfilm’s Rogue One, which takes place before the events of Star Wars: A New Hope, tells the story of unlikely heroes who have united to steal plans to the dreaded Death Star.

Bilal is the Editor-in-Chief of The Workprint. Follow him on Twitter @Bilal_Mian.
@Bilal_Mian
Previous ‘Shadowhunters’ Season 2 Production Begins
Next ‘Dead of Summer’ Review: “Townie”

In this episode of Movie Talk, Christian talks with friends John and Ethan about their …