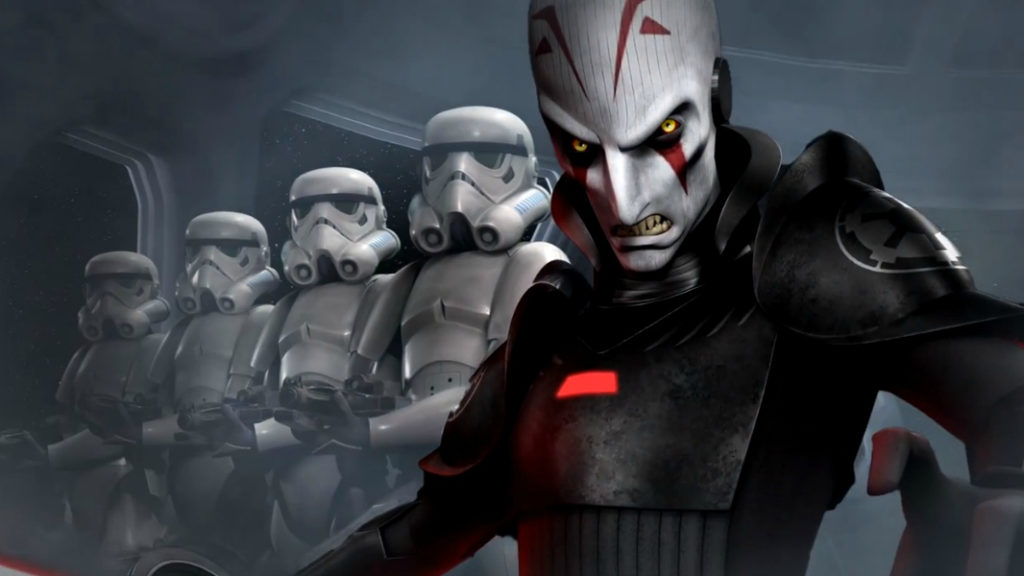 Star Wars Rebels: Spark of the Rebellion will be making its third channel premiere on ABC on Sunday, October 26 (7:00 p.m. ET/PT) with an added bonus.

“We wanted to do something special for the ABC broadcast,” executive producer Dave Filoni said in a statement. “We’ve added a scene which gives audiences insight into the Inquisitor and includes a cameo by Darth Vader voiced by the distinguished actor James Earl Jones.”

Rebels, which was renewed for a second season, delivered 6.5-million viewers in its premieres on Disney Channel and Disney XD.

Star Wars Rebels is created by Dave Filoni, Simon Kinberg, and Carrie Beck. The Lucasfilm Animation production is also executive-produced by Filoni and Kinberg as well as Greg Weisman.