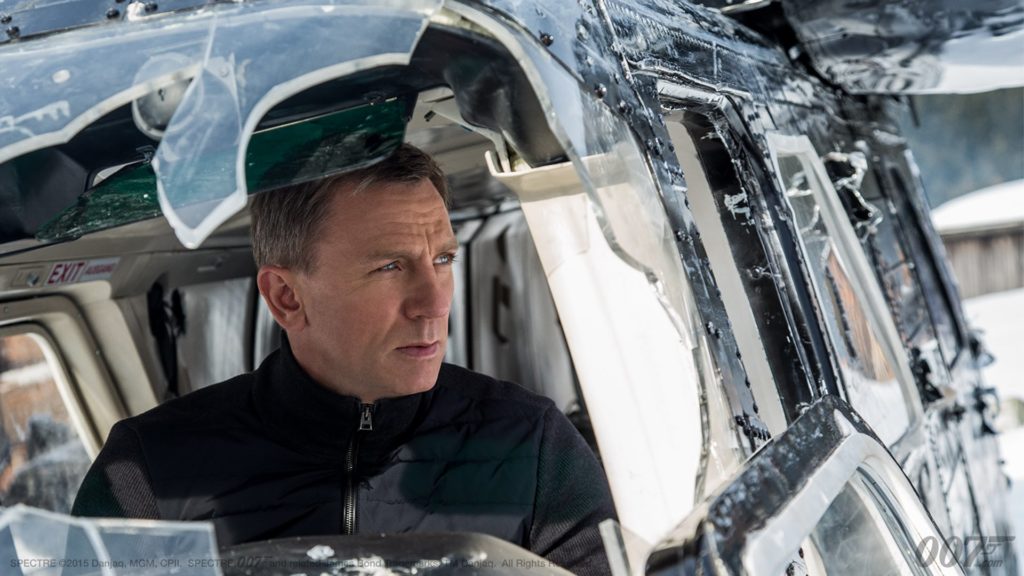 As an extremely avid fan of the James Bond series, the arrival of a new film is a momentous occasion for me. The excitement of seeing my favorite fictional character doing new things and interacting with new characters is intoxicating and I suppose in some ways that makes me extremely biased when it comes to reviewing it in a setting like this. But at the same time I look at any new Bond film as something that is essentially going to be with me for the rest of my life. I tend to watch every film in the Bond series at least once a year and so a new one is never going to be something I just watch once, type a few words about, and then never think about again. I know going in that it’s a film that I’m going to have on my shelf as a part of the collection and that I’ll watch it countless times over the years to come. I’ve already seen it twice and certainly expect my opinion on the film to evolve over the years to come but what follows is my opinion on it at this moment in time as a mega fan.

And with that bit of context out of the way, let’s get to the actual review.

As successful as it has been, Daniel Craig has had a really interesting run so far as 007. Starting with Casino Royale, his three films have essentially rejected the classic formula that steered almost all of the films over the course of 50 years and instead focused on showing us what makes James Bond tick. Through this effort we’ve seen Bond make his first kills, fall in love, learn not to trust anyone, discover the choice between killing and mercy, revisit his childhood home, and lose his surrogate mother figure in Judi Dench’s M.

To show those things the three films didn’t utilize the typical structure of a Bond film so for example, Q and Moneypenny didn’t appear until Skyfall and Bond never ended a film with a beautiful woman in his arms. Some die hard fans thought these omissions (among others) disqualified these films as 100% Bond flicks, but there was hope at the end of Skyfall that all of the pieces were now in place for a “proper” James Bond adventure.

And that brings us to SPECTRE where we first find Bond in Mexico City on a dying wish mission from Judi Dench’s M that sets him on a path to discover the criminal organization (and it’s leader) that has been responsible for all of the evil doings of the last three films. As in any good Bond movie the trail takes him to exotic locations such as Italy, Austria, and Morocco and he meets alluring woman like the widow of a man he killed (Monica Bellucci) and the daughter of former foe, Dr. Madeleine Swan (Lea Seydoux), who leads Bond on to the next clue in his quest for answers. 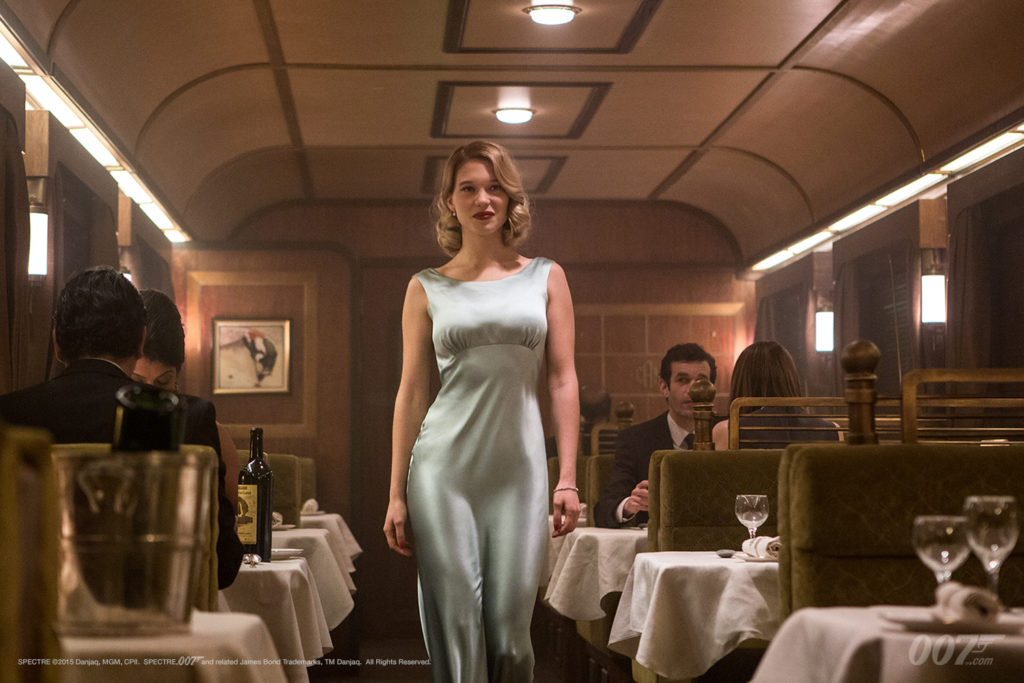 And as the title suggests the end of that quest leads to the classic criminal organization known as S.P.E.C.T.R.E., which featured prominently in many of Sean Connery’s Bond films but has been missing from the series since 1971 due to legal complications. Sitting at the head of this revamped version of the organization is a man named Franz Oberhauser (Christoph Waltz) who has a unique connection to James that I won’t spoil here.

And as excited as I was about the prospect of S.P.E.C.T.R.E. returning from the dead, this is probably the film’s weakest element. The “twist” that accompanies their return comes off a bit half-handily and the final act ultimately fails to generate much excitement due to an evil plot that lacks the sort of stakes seen in previous Bond films.

I will say though that everything leading up to that final act is a delight for fans of the series. The opening sequence in Mexico City is a thrilling piece of action filmmaking, the gorgeously designed opening title sequence makes Sam Smith’s somewhat disappointing theme song more impactful, and Bond’s home team of M (Ralph Fiennes), Q (Ben Whishaw), Moneypenny (Naomie Harris), and Bill Tanner (Rory Kinnear) are all in fine form and allowed to get in on the action in ways these characters usually aren’t allowed.

Other highlights include Dave Bautista as the hulking henchman known as Hinx, a thrilling car chase through Rome, a squirm-inducing torture scene, and an epic throwdown between Hinx and Bond on a train traveling across North Africa. It’s an intensely brutal fight that rivals the scuffle between Sean Connery’s Bond and Red Grant on the Orient Express in From Russia With Love as one of the best fights in the series’ history.

As in Skfall Sam Mendes leads the proceedings with a firm directorial hand and beautifully composed shots even though I found myself missing the cinematography of Roger Deakins from that film. That being said, the work from Hoyte Van Hoytema here is hardly something to shake a stick at. Thomas Newman provides another nice score to the film but it can’t quite hold a candle to the work of John Barry and David Arnold who I consider the best Bond composers.

The cast is routinely excellent through the entire film with Daniel Craig proving once again why he is one of the best actors to play the role of 007 and Seydoux doing fine work as the leading lady even though her relationship with Bond is written in a rushed and slightly unbelievable manner.

It is in fact the screenplay that holds SPECTRE back from greatness. With a final act at least one more draft away from working, the film never really soars in the way that Casino Royale and Skyfall exploded off of the screen. But I can’t talk about the reasons behind that without going into spoiler territory so if you haven’t seen it yet turn away now…. 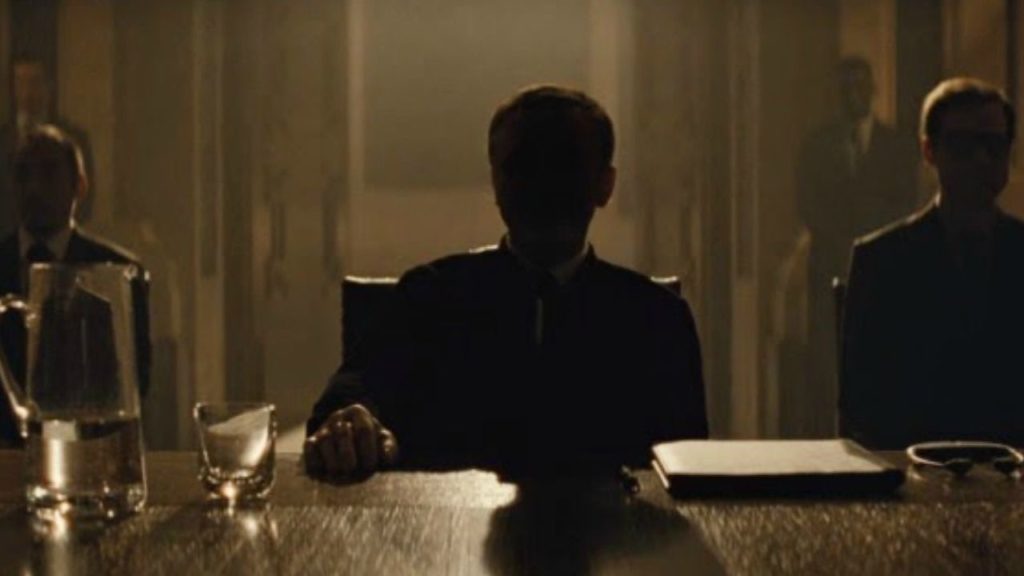 When Christoph Waltz was cast in the film and it was called SPECTRE there was rampant speculation that he was actually playing that organization’s mastermind, Ernst Stavro Blofeld. And sure enough, that’s exactly who he was playing complete with the white cat and an eye scar that perfectly replicates the one seen on Donald Pleasence’s Blofeld in You Only Live Twice. Those things alone are enough to get the pulse racing on any Bond fan but for some reason the filmmakers felt the need to take things a step further and make Blofeld the son of the man who helped raise Bond for two years after the death of James’ parents thus making Bond and Blofeld quasi brothers. Insert eye roll here.

Waltz is fine in the role and I enjoy the prospect of him possibly returning to the franchise to kill Bond’s new love interest, Madeleine, but what we’re given of him here just doesn’t quite work. The notion that he was behind the events of the last three films is flimsy at best and his scheme to have access to the world’s biggest intelligence gathering facility lacks the punch of threats posed by Blofeld in films from the 60s and 70s. So if he does indeed return for the inevitable 25th Bond film I hope they make good on the promise of a rejuvenated Blofeld character and make him the nastiest son of a bitch imaginable. We should expect nothing less from a Bond villain and with luck that’s what we’ll get next time.

But even with these misgivings there is reason to rejoice: we have a new James Bond film in our lives! And that, paired with a good drink, is we really need to have a great night at the movies.