Small Game Saturday: To the Moon

Over the past few years, indie developers have made quite an impact on the gaming world. No longer tied to the red tape (and hefty price tags) associated with AAA developers, indies get to make the games they want to play, and by golly if they aren’t doing something right. Lately, it seems indie games are all I want to play and the big market games just don’t enthrall me the way they did when I was a younger, less hairy person. Of course, it’s silly to lump all indie developers into one category because their genres spread far and wide. And that’s not to say the gaming industry has become David vs. Goliath, but I think it IS important to recognize the growth in smaller market games and highlight success stories.

And that’s where I come in with my homemade cape and crippled back from too many years hunched at a computer desk. Every Saturday I want to shine that internet spotlight on a smaller game, hopefully one you haven’t yet played. They won’t necessarily be recent, and the choices will be entirely biased against my likes, but there it is. 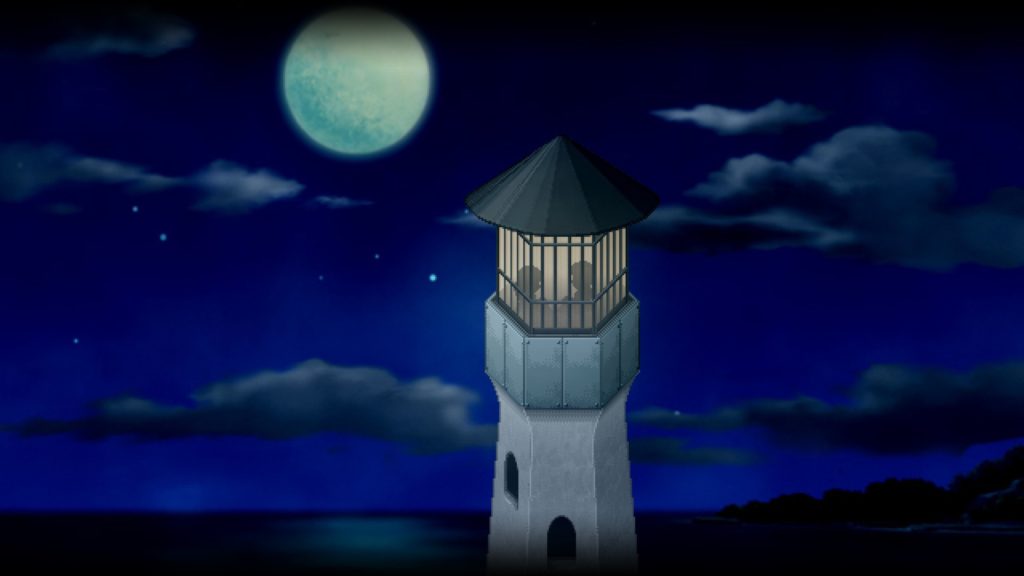 Today, I want to tell you a story. A story about a game that broke my heart. I can’t even listen to the theme song without wanting to sob disgustingly into a crumb-covered pillow. That game is Freebird Games’ To The Moon. At first glance, To The Moon looks like an RPG of the SNES days, harkening back to Chrono Trigger and Final Fantasy VI. But looks are about all these games have in common, because in To The Moon, there is no fighting, no armor or combat, no skill tree, and no final boss to vanquish. To The Moon is simply a story in video game format told very, very well.

To The Moon follows two doctors, Dr. Eva Rosalene and Dr. Neil Watts, who work in a high-tech industry where clients are able to “relive” their lives (through permanently altered memories) before they die, fulfilling a final wish. Eva and Neil have seemingly done dozens of these jobs, venturing through the minds of strangers, hinting at the change here and there, and voila! The client essentially gets to relive their life, only this time, their dreams come true.

Except, John is a different case. All he wants is to go to the moon. He can’t say why; he just does. It seems a simple enough task, but John isn’t susceptible to the same tricks and ploys as their other patients, his memories fight change at every turn, and that simple wish becomes more and more complicated for the two doctors. 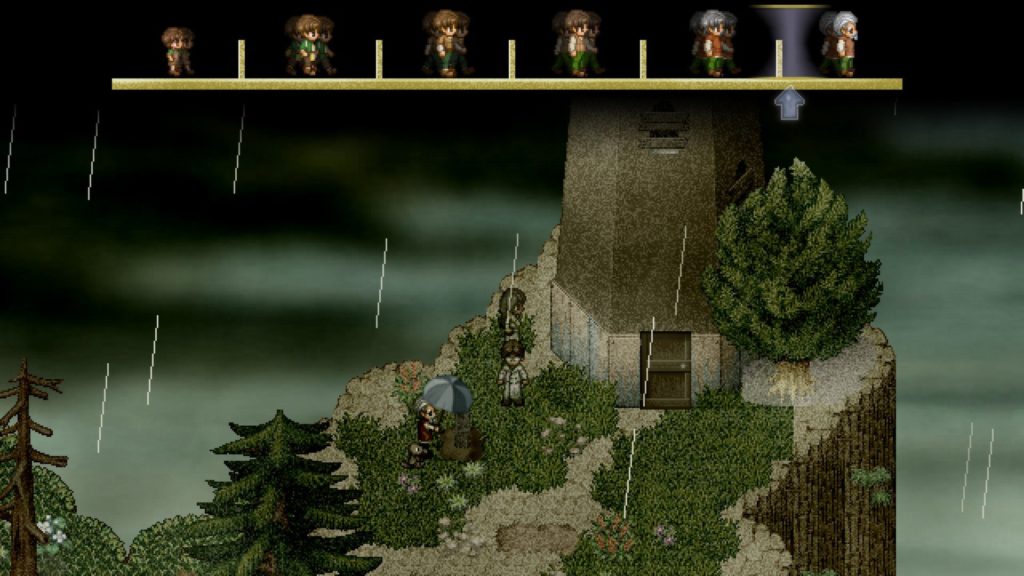 And now I can’t tell you any more about the story because seriously any discussion about the plot would spoil it and my goodness, do not spoil this game for yourself. Once the pieces click together toward the end and you realize that John’s life was much more than first imagined, it hits you like a refrigerator to the chest. A refrigerator full of frozen steaks. And gallons of milk. And a multitude of other heavy food items that need refrigeration. That’s how much this hurts.

To The Moon isn’t so much a game as it is an experience. You ride along with Eva and Neil, doing mostly menial tasks, walking here and there, talking to NPCs, and solving the occasional puzzle to move to the next “level” of John’s life. It may sound boring, but don’t let the simple gameplay frighten you. I know you’re thinking, “Oh, but I want to PLAY a game.” I get it. And maybe point-and-click gameplay isn’t your thing, but I implore you to play for 30 minutes and not be intrigued.

I cannot recommend this game enough. I wish I had the in-game technology so that I might alter all of your memories and grant you this story in a flash, but that would do the game a disservice. What I’m saying is, the game is only around 3 hours long, so please, for the love of all the things in your refrigerator, play this game. Do yourself a favor and make sure you also get the soundtrack. Don’t listen to it now, because it has so much more meaning in-game, but you won’t regret it. Kan Gao has crafted an amazing theme that deserves to be recognized.

You can read more about To the Moon on Freebird Games’ website.