Following last week’s arbitration where Richard confessed that he had used Hooli equipment (albeit once) to work on Pied Piper; this week’s season finale opens as Hooli’s legal team goes through the house prepping for the all but inevitable acquisition. Meanwhile Jared’s Schrodinger conundrum, which led to a museum technician clinging to life at the bottom of a crevasse continues to play out live on their website (and in stunning clarity). This tragedy is generating a substantial number of viewers, but despite this morbid silver lining the gang is depressed about the company’s imminent loss. They weigh the option of destroying all the code they’ve built. Their Intersite debacle has already shown a pattern of incompetency and nuking the servers would prevent Gavin Belson from reaping any benefit from their tech. But Richard, ever the idealist, gives a rousing speech about how that notion goes counter to everything they stand for.

Viewership keeps climbing as various outlets provide links to their site. Eventually Manny Pacquiao (you know, that Filipino Legislator) tweets out their link to his two million followers. It’s a fantastic moment – right up until they realize they’ve become so viral that they’ll need to massively scale up their systems to accommodate for the increased traffic. This leads to a frantic series of moments where the group’s ingenuity and teamwork is showcased along with their pithy insults. Richard gets pulled away from this hysteria when their litigator informs him that the judge has moved the ruling up an hour. He heads to the courthouse but gives them instructions to keep the stream going for as long as they can.

Amidst the insanity of Gilfoyle knocking down walls, Jared tries to convince Erlich that he won’t sell his house – a decision he toiled over from his car to the front door earlier that day. We’re offered a deeper glimpse into Jared’s unflappable optimism and awkwardly cheery demeanor, as he’s able to grasp the beauty in the gritty chaos surrounding them. His ability to appreciate this environment, even as it’s in its dying days is absurdly humorous and touchingly enviable.

At the courthouse, Gavin and Richard encounter one another in the bathroom. Gavin one-ups the Logan Beekman power move of “straightening another man’s tie”, by actually knotting Richard’s for him. He gloats about winning the case; stooping so low as to taunt Richard with the original ten million dollars for Pied Piper. 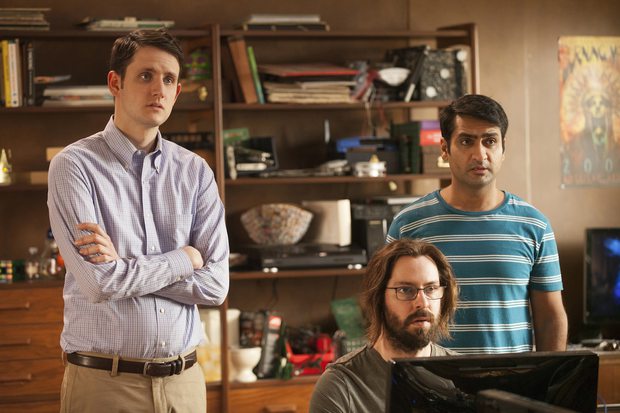 Turmoil continues to abound at the Bachman residence as Gilfoyle pins the breakers open (a huge fire hazard).  They implore Erlich to help, but he can’t due to his carpel tunnel syndrome. At that moment the realtor arrives with couple interested in Erlich’s property. After learning that they intend to tear the house down, Erlich slams the door in her face, dons his protective wrist guards, and gets down to coding – something he’s surprisingly adept at. In the words of Jared, it’s “magical.” With their combined effort, they’re able to keep the stream going well past their theoretical limit until rescuers come to the technician’s aid. They bask in their achievement as Erlich’s house burns from the literally on fire servers.

However this victory is short lived, as the arbiter begins to reveal his ruling saying that based on the contract Hooli has a right to Pied Piper’s underlying IP. Hearing this decision mixed with Belson’s smug attitude causes Richard to have a change of heart and he texts Jared to do, what just hours earlier, he told them not to do – destroy everything. Those in the house read the text, now bummed about its actuality.

And then the curve ball happens. The arbiter goes on to detail that the contract Donald (aka Jared) signed was in violation of a number of California laws and that Richard’s contract too was not valid – thus Hooli has no claim over anything Richard created, especially not Pied Piper. 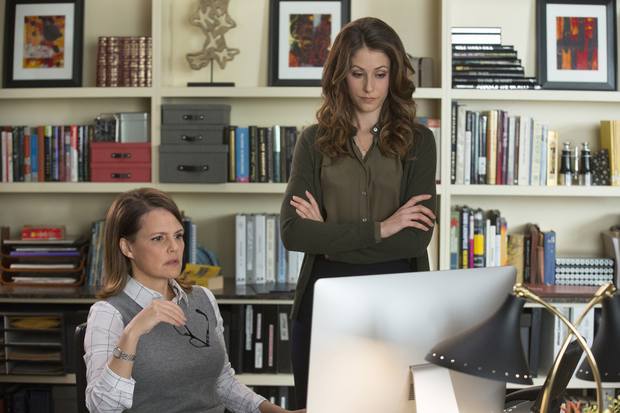 It’s at this moment that anyone watching the episode started yelling at their TV for Richard to text Jared the new update. But Mike Judge has screwed with us for the past nine weeks and he’s certainly going to do it during this episode, so we’re left to stew in the juices of Richard’s decision as we wait for him to connect the dots. When finally, after painstaking seconds that feel like hours, Richard realizes the error of his ways the toying with us really begins. Unfortunate circumstances befall Richard one by one as he tries desperately to get back to the house before they nuke the system. Luckily these unfortunate circumstances are lightened with a series of procrastinating tasks back at the house that make a person laugh for the simple fact that’s easier than pulling your own hair out. Since we’ve been toyed with such heartbreaking pitfalls over this season, the fact that Pied Piper might nuke their system and have to start from scratch seems to be a very real possibility. Richard arrives seconds after Gilfoyle has clicked the button. “Uh-oh.” But the code doesn’t work due to Dinesh’s bad or Gilfoyle’s poor hardware – either way Pied Piper is saved.

The fallout from the lawsuit is felt in other areas of Silicon Valley. Gavin now has to face a very upset board or directors without a viable Nucleus product. Nelson’s meteoric rise at Hooli may be on the verge of hitting even greater heights. And at Raviga, Laurie has purchased Russ’s share of Pied Piper from him – something that has dire consequences. Later that night, Richard gets a call from Monica, and while we hoped the call would inform Richard that she quit her job at Raviga – it’s decidedly more realistic. Those at Raviga (her and Laurie) had “an emergency board meeting” and Monica, siding with Laurie’s newly acquired 2 board seats, stabs Richard in the back ousting him from his role of CEO mere hours after winning his case.

But in all honesty can anyone blame them? Richard may be brilliant, but he’s no CEO. He lacks the cutthroat attitude and general business acumen to keep Pied Piper alive. With all of the struggles they’ve endured from this season, it makes sense. Perhaps this crushing personal blow might be the final push he needs to become a shrewd businessman but that’s wishful thinking that I’ll have roughly 42 weeks to mull over.