Because I want to.

I’m sorry, I know Ant-man releases in just over a month but I simply cannot bring myself to care. As much as I love Paul Rudd, the excitement isn’t there for me. Therefore, I am looking forward to future Marvel movies and have decided to take it upon myself to begin casting characters whom I believe Marvel should include. With the exception of Captain Marvel and Spider-Man, none of the other characters in this list have even been mentioned, so Marvel, if you’re reading this, take note. 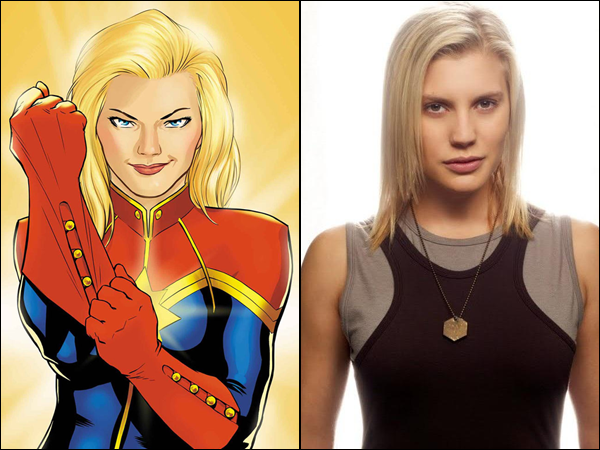 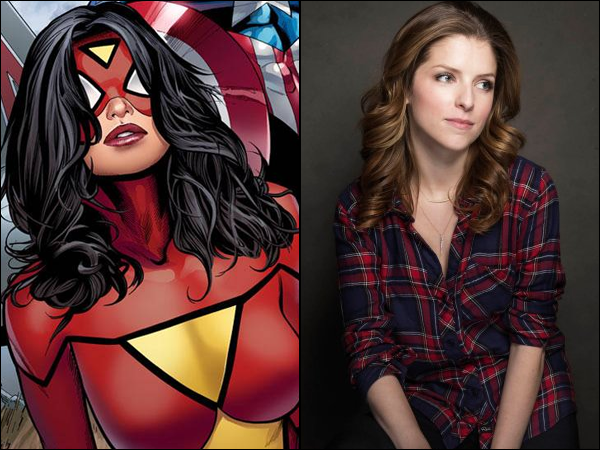 Spider-Woman was the hardest one to cast on this list solely because she’s such a complicated character. She’s conflicted and cynical, but also at times funny and sweet. I’ll say this: whomever is cast as Spider-Women needs to have a good rapport/banter with Carol Danvers. 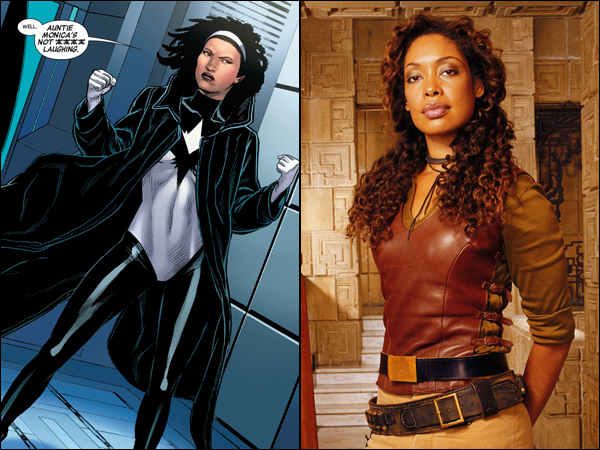 Look at her. LOOK AT HER. She’s perfect. 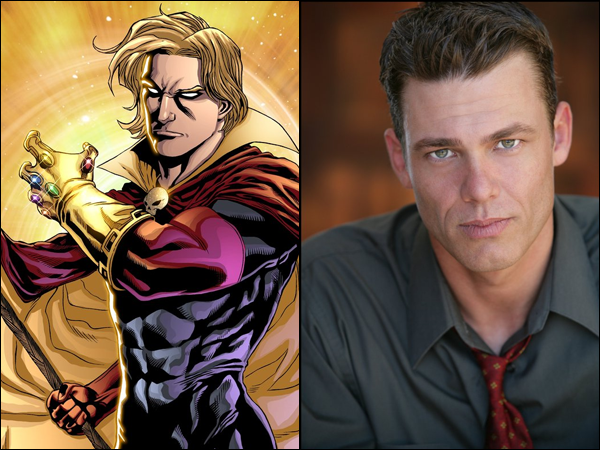 This was another difficult casting and I think it might be better to go with a relatively unknown for the good guy/bad guy Adam Warlock, so that’s I chose Lee. However, I’m open to suggestions, Marvel. Just run them by me first, obviously. 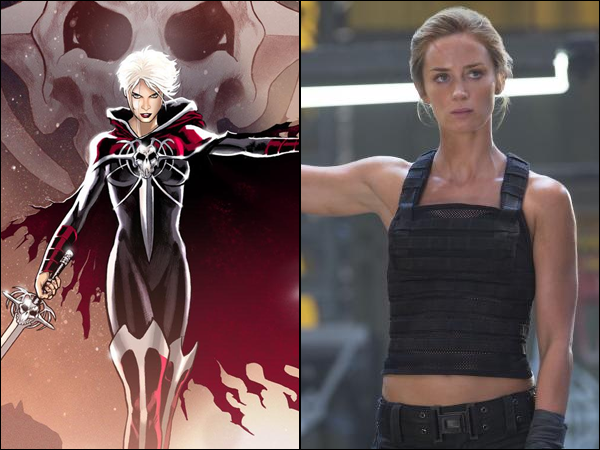 While I would be okay with Emily Blunt as Captain Marvel or Spider-Woman (or anyone), I’d really like to see her instead as the aggressive Phyla-Vell. 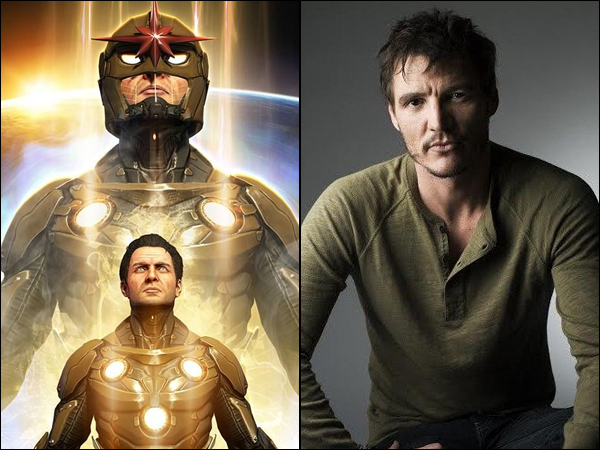 I just think he needs to be in more things. 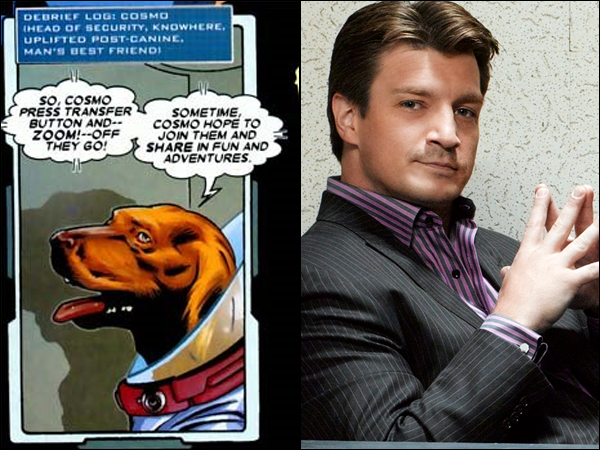 Brief Guardians of the Galaxy cameo aside, I’ve thought for a while now that Fillion should voice the lovable Russian canine, Cosmos. (I’m throwing in all sorts of Guardians characters that I’m all but certain won’t make the cut, but a girl can dream, right?)

Movie(s): Civil War, Spider-Man, and Infinity War (and possibly a dozen other films). 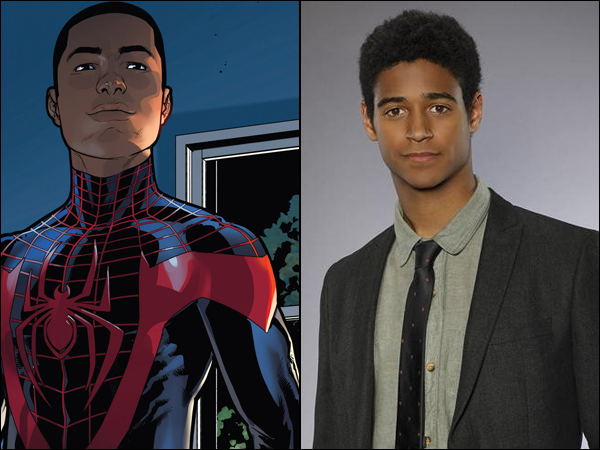 Yes, I know that Marvel is already searching for a young, white Spider-Man, but Marvel is wrong. Miles Morales would be a better fit for the current movies, giving them the chance to wipe the slate clean from previous Spider-Man incarnations. Alfred Enoch is definitely capable enough to capture Miles’ complexity, especially since Spider-Man will be getting his own movie. 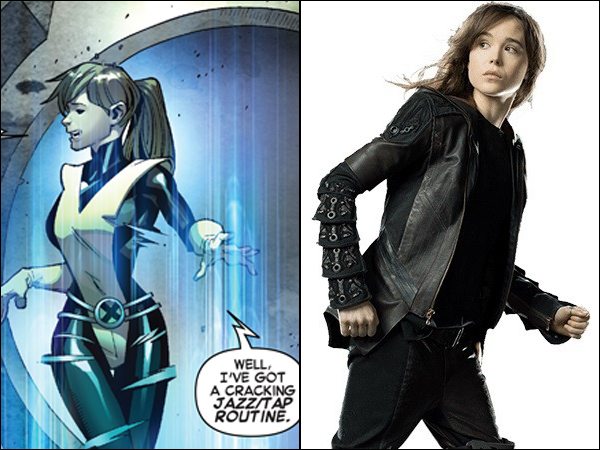 Yes, yes something about not having the rights to X-Men but look: if they can get around that hurdle for Scarlet Witch and Quicksilver by making them inhumans, they can do the same for Kitty Pryde. The world needs more Ellen Page and I’ve enjoyed Kitty’s involvement in the current run of the Legendary Star-Lord. 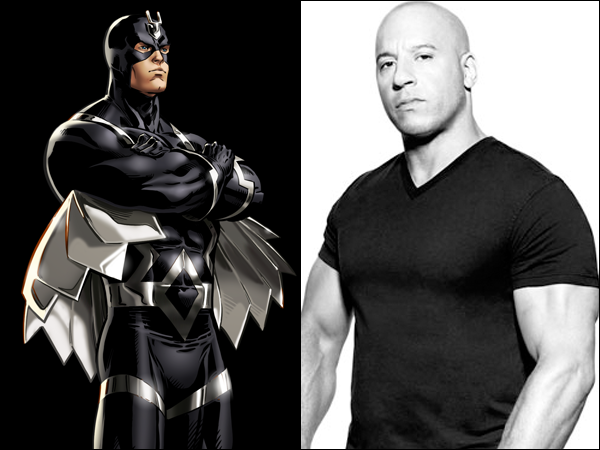 It’s a pretty big rumor right now that Vin Diesel will take on the role of King of the Inhumans, which wouldn’t take away from his work in Guardians since Groot only says, “I am Groot” and it’s not like he has to kill anything. I am on board with that casting.

Because of the large amount of Marvel characters available for Phase 3 movies, obviously I am missing a ton. If there are any you would like to see added to this list, let me know in the comments. and I might just give in to your whims.