This week’s episode of Shadowhunters introduces us to a new character on the show, the intimidating Inquisitor. We first meet her during her sudden arrival at the New York Institute with guards and a Silent Brother in two with the Mortal Sword.

But who exactly is the Inquisitor? This office is the second highest position in the Clave (the Shadowhunter government), with only the Consul being above it. Currently Imogen Herondale (Mimi Kuzyk) holds the role where she works as the chief investigator of the nephilim, making certain that the Covenant and the Accords are upheld. 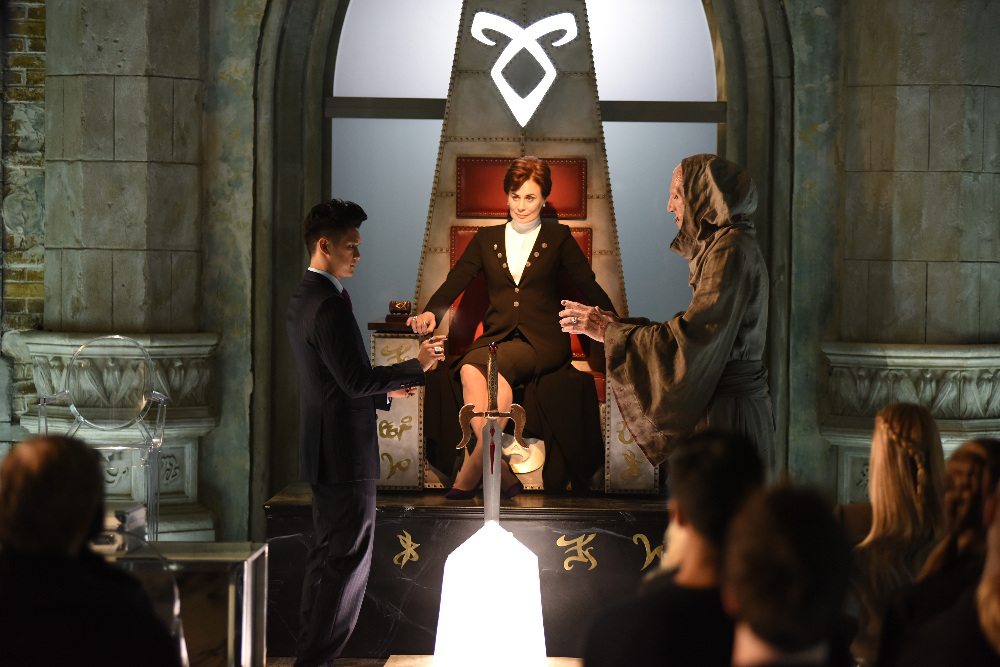 She appears to be very cold and stern when confronting Lydia Branwell (Stephanie Bennett) that she needs to do her job as the acting head of the New York Institute and prosecute Isabelle (Emeraude Toubia). During the trial, both she and the Silent Brother were legally able to use the Mortal Sword to force a truthful testimony from the participants. Even when Lydia decided to withdraw her charges against Izzy, the Inquisitor decreed that unless the Mortal Cup was returned to the Clave, Miss Lightwood would be stripped of her runes and exiled.

Imogen had been born Imogen Whitelaw and married Marcus Herondale. Marcus is a descendant of warlock Tessa Gray and Shadowhunter Will Herondale. They had one son together, Stephen, who became a member of the Circle and had been killed during one of their raids. She had always been against her son joining Valentine’s (Alan Van Sprang) group and had blamed him for his death. Her hatred for the rogue Shadowhunter clearly has not diminished after the Uprising and now believes that Clary (Katherine McNamara) and Jace (Dominic Sherwood) would somehow deliver the cup to him. This anger towards Valentine made her think that torturing Meliorn (Jade Hassoune) was justifiable in order to determine if the Seelies were in league with Valentine. She was also distrustful of the Lightwoods because Maryse (Nicola Damude) and Robert (Paulino Nunes) had once been a part of the Circle themselves. 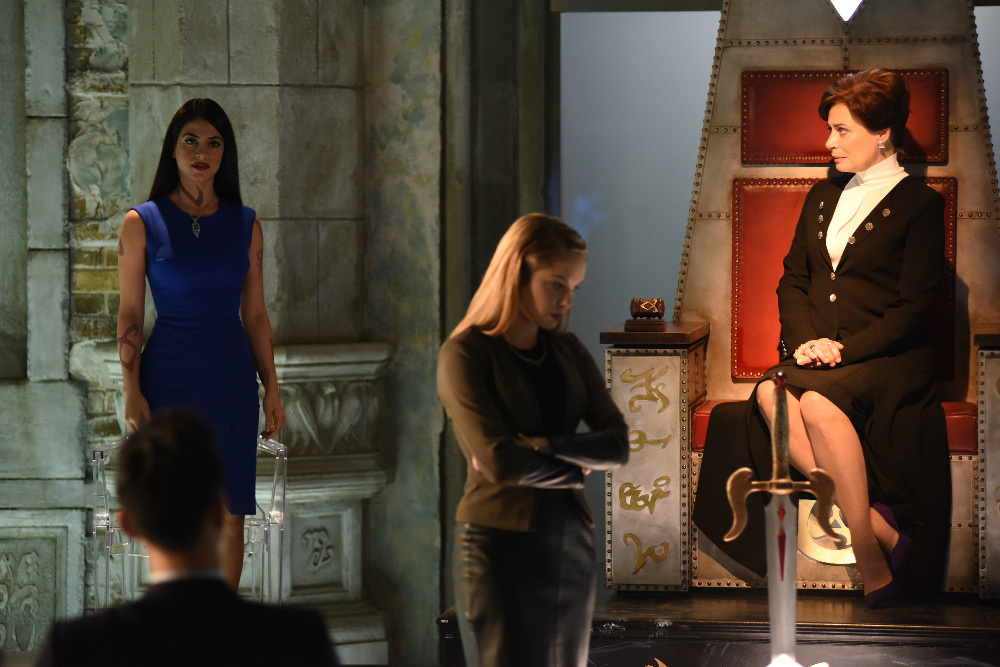 It’s interesting though that while nephilim should not allow themselves to be ruled by their emotions, Imogen’s own hatred towards Valentine is preventing her from seeing the wrongfulness of torturing a downworlder without real evidence of a crime. While she and the Clave can justify that it is for the greater good of preventing another uprising, the road to hell is paved with good intentions. You should listen to Isabelle’s speech Madame Inquisitor. Still, her character is embodies the rigidity of the Clave and their adherence to the law.

Thankfully Clary and Jace were able to return to the Institute with Jocelyn’s body and deliver the cup safely to Lydia, this certainly won’t be the last time we’ll see Imogen. She plays an important role in the Shadowhunter world and if the show follows the novels, the Inquisitor will have a connection to Jace that will eventually be revealed.