‘Shadowhunters’: Who Is Maia Roberts?

FeaturesTV
January 17, 2017
By: Nicole C
SHADOWHUNTERS - Everyone is on the hunt for Jace, but all for their own reasons in “Parabatai Lost,” an all new episode of “Shadowhunters,” airing MONDAY, JANUARY 16 (8:00 – 9:00 PM EDT) on Freeform. - (Freeform/John Medland) ALISHA WAINWRIGHT

This week’s Shadowhunters introduced us to new characters and none more exciting to meet than werewolf Maia Roberts played by the talented Alisha Wainright.

We first meet her as a bartender in the Hunter’s Moon, a dive bar that Jace (Dominic Sherwood) takes temporary refuge in after fleeing from Valentine’s (Alan Van Sprang) ship and washing up on shore without Clary (Katherine McNamara). Maia offers him a free drink and lets him use their phone so that he can contact Izzy (Emeraude Toubia). He manages to find out that Alec (Matthew Daddario) needs his help after his parabatai falls into a coma and agrees to meet them at Magnus’s (Harry Shum Jr.) loft. Jace recognizes her as a werewolf due to the gashes on her neck. However the bartender has other plans for him and wants Jace to help find the Circle members who kidnapped Gretel (Joanne Jensen). Except he gets recognized as being one of them and a fight ensues. Jace just barely manages to escape and ends up being tracked by Maia through his wounds.

In another scene Luke (Isaiah Mustafa) asks her and another pack member to confirm that Jace had indeed come by the Hunter’s Moon. She insists to her alpha that the young shadowhunter must pay for his crimes but the police detective is adamant that justice will only be served if Jace really is the one doing Valentine’s dirty work. Luke knows how manipulative his former parabatai is and isn’t so sure that Jace actually killed Gretel. 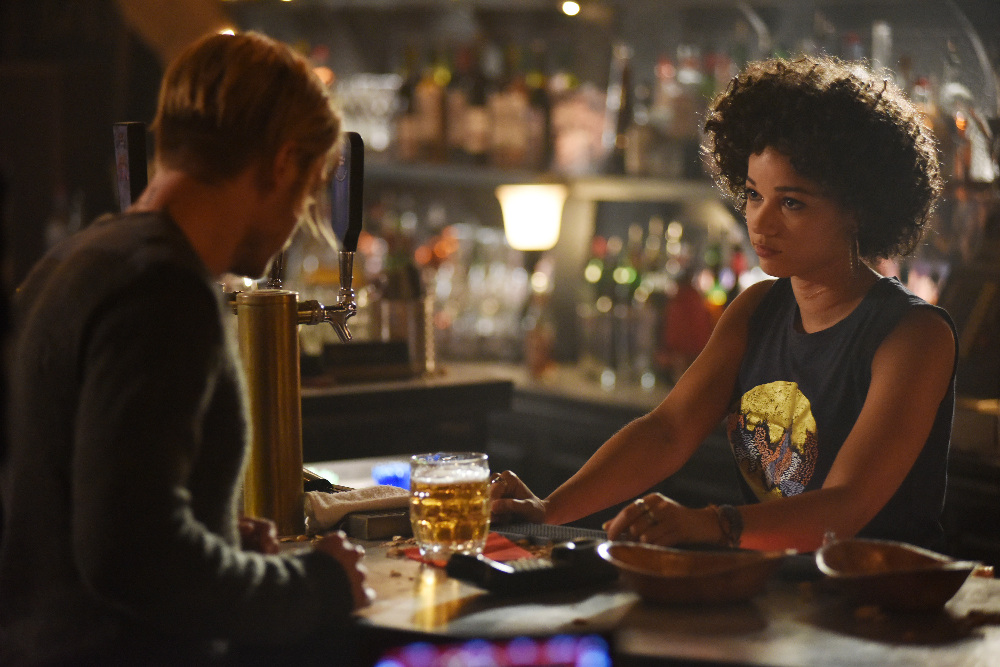 Injured, the suspect in question is taken to the hospital where the two werewolves find him. While trying to give them the slip, a mundane doctor catches him in the hallway and we see Maia transforming into a wolf. The transition was such a treat and to so much fun to see the practical effects. Thankfully though Jocelyn (Maxim Roy) makes an appearance and helps her son get away.

When we see Maia next she is with three other wolves near Magnus’s loft in Brooklyn and they are about to pounce on Jace. Luke and Clary catches up with them in the knick of time and Clary confirms that Valentine killed Gretel. Just as one of the wolves goes in for the bite, Izzy portals over and uses her whip to subdue the creature. Luke also orders his pack members to heel and reluctantly they bow to his authority.

Maia is an important character in the Mortal Instruments series and eventually becomes friends with Clary, Simon (Alberto Rosende), Jace, Alec and Isabelle. In the books she was originally from New Jersey where she had a difficult childhood, enduring abuse from her older brother Daniel (who dies in a car accident). She becomes a werewolf after being bit by her first boyfriend Jordan Kyle. Jordan and his family soon moved away and after she turns for the first time runs away to Manhattan. Eventually she found her way to Luke’s pack. 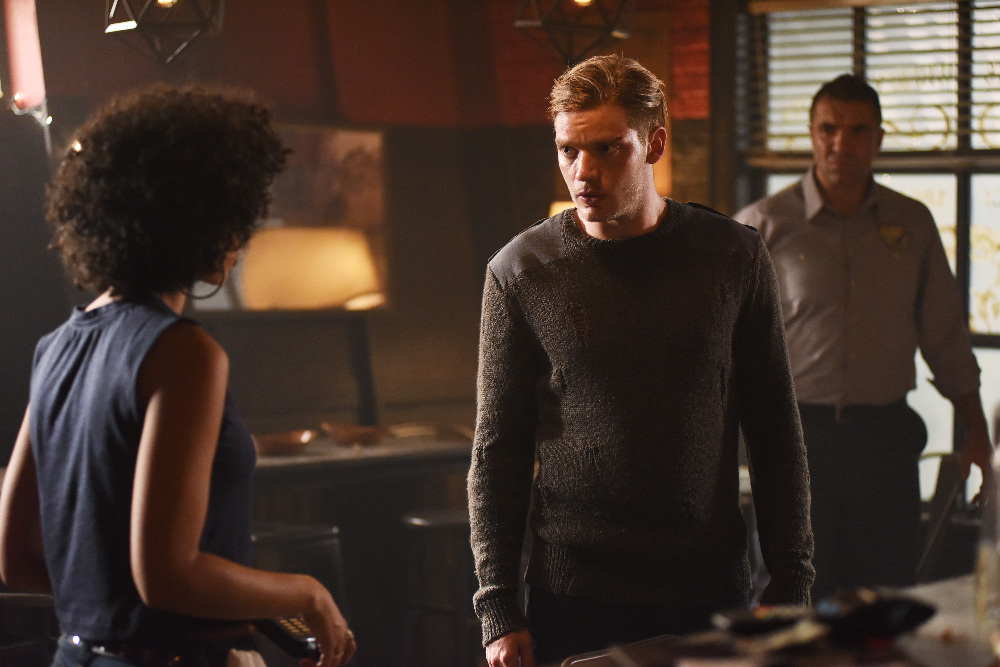 Brave and headstrong, Maia goes through many trials and tribulations in the books but always remain a loyal and caring person. She fights for what she believes is right and defends those she cares about. Maia even dates Simon for awhile, though he happens to be seeing both her and Izzy at the same time. Awkward.

Maia goes on to take over the pack for Luke after she fights Rufus, a werewolf who had survived the massacre of the Praetor Lupus (a order that made it their mission to help young downworlders). At the time Bat Velasquez was the acting leader while Luke was in Alicante to attend a council meeting. Rufus challenged Bat and then Maia challenged him before he could finish the other werewolf off. Fighting dirty, she ends up blinding the much larger man and becomes the head of the pack. After the events of the Dark War, Luke decides to retire and fully hands over leadership to Maia and in addition she becomes the new werewolf representative to the council as well.

An interesting and compelling individual, Maia is a welcomed addition to the bevy of strong female characters on the show and it will be great fun to see how her role develops as the series progresses.