‘Shadowhunters’: Family Matters in ‘A Heart of Darkness’

On this week’s episode of Shadowhunters, family plays an important theme as major characters attempt to save someone they considered to be a part of their family. 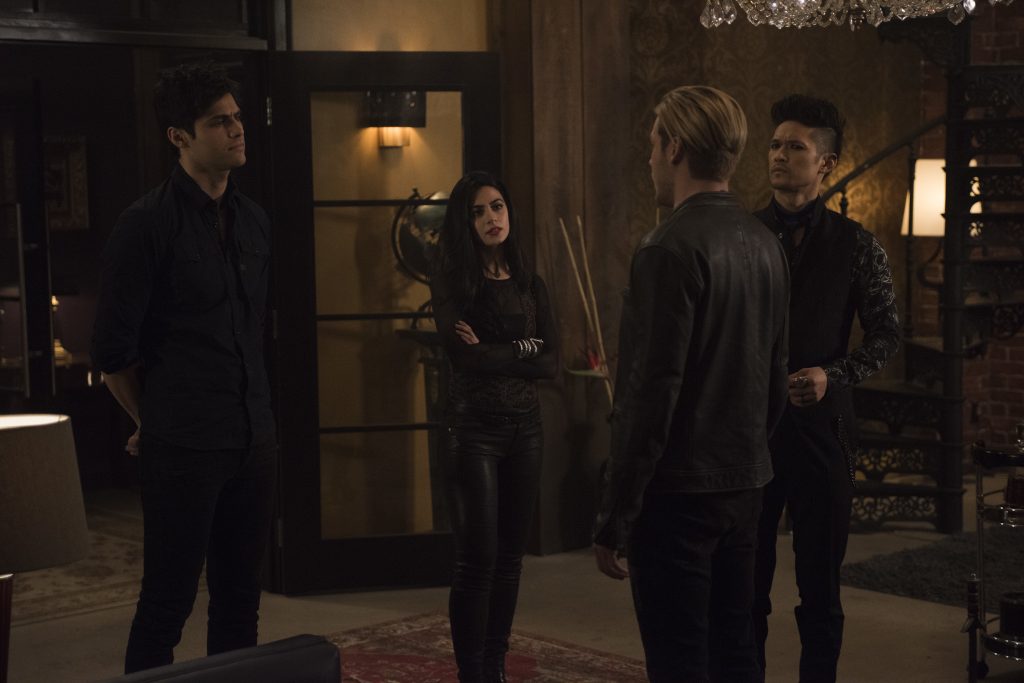 The Lightwood Siblings and the Quest to Save Jace

Still trapped inside the Malachi Configuration, possessed Jace is cruelly trying to taunt everyone into a fight with him. Perhaps his mindset is that he could trick someone into disabling the cage to take a swing at him. Magnus though comes up with a risky plan that would use the strength of Alec and Jace’s parabatai bond. He suggests that the Lightwood siblings journey into their adoptive brother’s mind together in order to find the real Jace and bring him back. While their first attempt failed because the prisoner was trying to fight back, Izzy has the idea of shackling him in the same chains that Valentine used to keep Ithuriel imprisoned. With the Owl secured, Magnus is able to send the Lightwoods into Jace’s mind.

Izzy and Alec then find themselves within the Institute where they see their younger selves training on a night when Robert and Maryse were both out. All three young Shadowhunters were adorable of course and we can already see the strength of their bonds. Their team agrees that for every mission they go on, three come in and three come out. They will never leave a man behind and this is true even now. The scene changes where younger Alec and Izzy become ash and vanish leaving a frightened young Jace. We’ve got to remember that at this age he had just lost his father and had come to the New York Institute as an orphan. Soon though brother and sister find themselves split up. Izzy finds the younger Jace playing the piano. As she approaches he doesn’t seem to recognize her and to earn his trust she sings a song that Maryse had sung to them. Young Jace sings the English verses back and tells Izzy to come with him. Meanwhile Alec stumbles on Jace in his present age in a room with dozens of dead Clarys. The other Shadowhunter had killed all of them as a part of Lilith’s torment. Alec is able to convince the other man that he is real and that he and Izzy are here to take him home. Young Jace then appears with Isabelle and the three are reunited. However, their happy feelings are short lived because Jace doesn’t want to go back. He begs them to end his life because if Lilith found him again she would make him do worse things. Your heart breaks for Jace because he is in so much pain from all the things the Owl has done. But on top of that for him to beg the Lightwoods is just crushing my heart into tiny pieces. Izzy reminds Jace that three go in and three go out. He makes them promise not to let Lilith get him again and they head back to the real world. 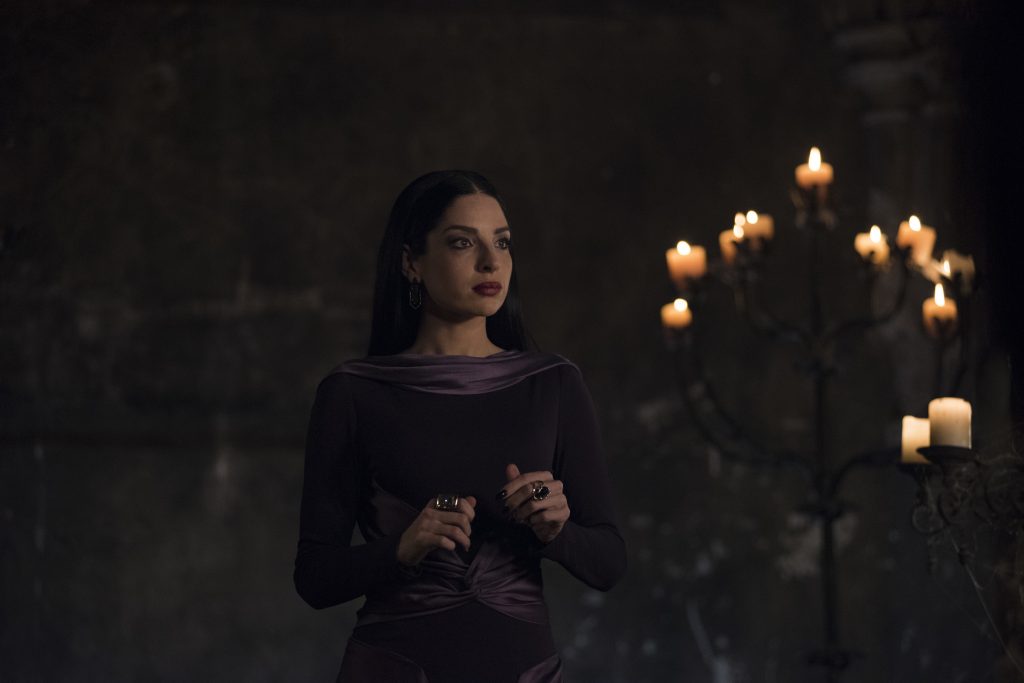 Lilith is Just a Mom Who Wants Her Son Back

Meanwhile Lilith is pissed that her Owl hasn’t returned with Valentine’s flesh that she desperately needs to continue her necromantic revival of Jonathan/Sebastian. First she transports her evil penthouse abode to another building just as Simon and Luke are taking the elevator up. She realizes that the daylighter vampire has the Mark of Cain, making him indestructible. Lilith knows exactly who is responsible for this and goes to the Seelie Court to have a little chat with the queen. In Fairy, the greater demon kills multiple fae until she comes upon their monarch. It’s quite fascinating to see the two ancient beings interact because there’s obviously a lot of history and bad blood there. In fact, before coming to the court, Lilith tells a possessed Ollie that this is the place where all her trouble began. Now what could that mean? The fairy queen is very aware of the power that the demonic being possesses and Lola Flannery does a fantastic job in portraying her character as scared yet defiant. It’s so unnerving to see her be clearly afraid. Still as Lilith is about to bring on the pain, the fairy queen has one more trick up her sleeve and claims that if she dies then the location of the Owl dies with her.

Just as Alec, Izzy, and Jace are about to return, Lilith appears at the loft, thrusts Magnus against a wall and then magically chokes him with her demonic energy. He asks her to kill him but spare the others. While she finds that incredibly tempting, she doesn’t wish to start a war with his father Asmodeous. FYI, the two co-rule the realm of Edom. She releases the warlock and takes Jace back as Alec and Izzy regain consciousness. 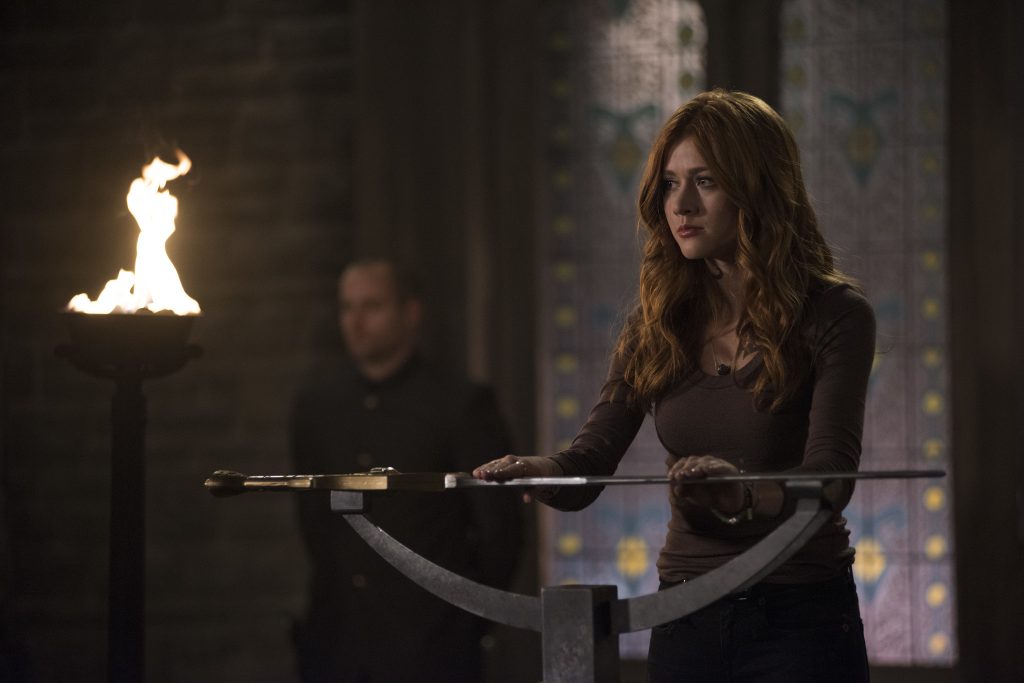 Clary in the meantime has been subjected to the Soul Sword, which was retrieved from Lake Lyn after her battle with Valentine. Consul Jia Penhallow asks the right questions and Ms. Fairchild is forced to reveal that Jace has been compromised because his death and revival (through Raziel granting her wish) had left him vulnerable to the great demon Lilith. Clary argues with the consul that the wish was too great of a power to have and that she was glad it was gone. The elder woman disagrees though and tells her that Shadowhunter lives are about sacrifice, something that she didn’t understand having grown up in the mundane world. But now maybe she would because she is sentenced to death for her crimes.

Back in New York, Luke finds out that Clary is being held at the Gard and is trying to desperately find a way to negotiate her release. He seeks Maryse out to see if she knew anyone inside Alicante who might be willing to help. The ex-Circle member says that there is one person, the woman who Robert was having an affair with, Anna Marie Highsmith. Maryse says that the other female is actually a decent person and is well connected. The two reconnect later on and the former Shadowhunter tells the head of the New York pack that Clary is under trial with the Soul Sword. Luke decides that he needs to go to Alicante to break her out. He’s going to seek aid from a wolf pack inside Brocelind Forest because he’s already lost Jocelyn and he’s refuses to lose Clary too. Before leaving he tells Simon over the phone that the best way he can help is to keep trying to track Lilith down and to let him handle the rest. 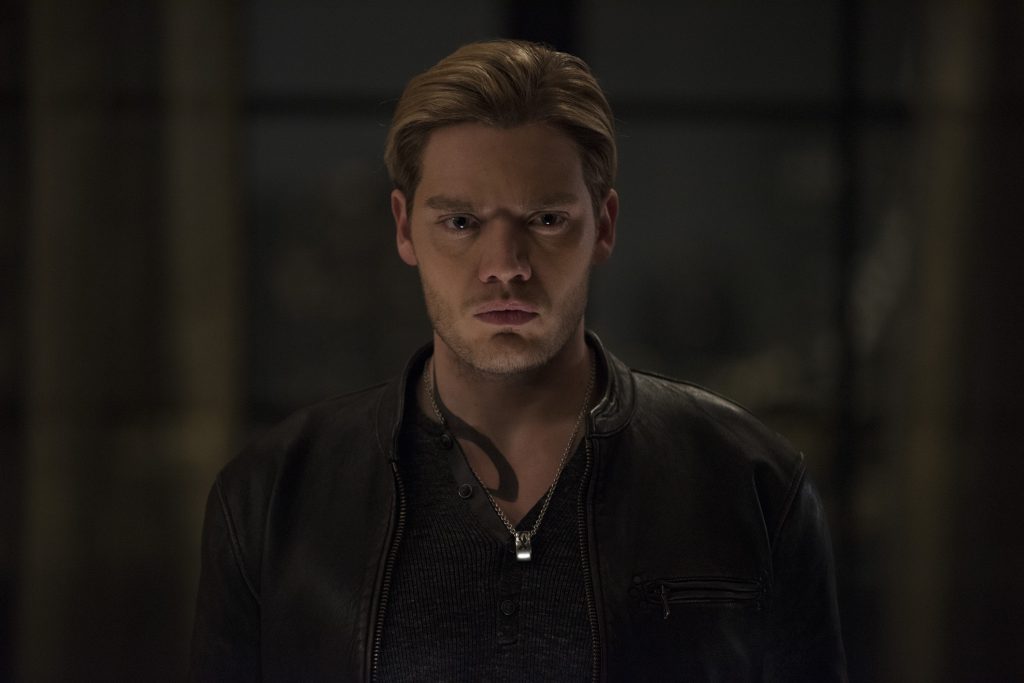 This week’s episode also featured the super awkward love triangle of Simon, Maia, and Jordan who came along trying to discover what Lilith is up too. Obviously Jordan still has feelings for his ex and Maia herself has some unresolved issues. The female werewolf ends up leaving town for a bit just to work through her own feelings, leaving the demon hunting to the daylighter and the praetor. Gotta applaud Maia for doing what she needs to do for herself first and foremost.

With Jace back in Lilith’s clutches I suspect things are going to get worse for him before it gets better. After all she still needs Valentine’s flesh to resurrect Jonathan and so the Owl’s job isn’t done yet. It’s extra cruel for the mother of demons to allow the real Jace to be aware of the horrific things his body’s been made to do. However, when the Lightwoods encounter Jace within his mind he is panicked and horrified that he’s “killed” so many Clarys. This goes to show that even though Lilith gave him that potion, it couldn’t fully eradicate his love for her. In addition, the parabatai bond between Alec and Jace is still there and cannot be broken, only temporarily suppressed by demonic magic since Magnus was able to use that to create a mind bridge for them. Here’s hoping that Simon finds Lilith soon because only he can banish her back to Edom with the Mark of Cain.

With the special two-hour midseason finale next week we’ll find out if Clary survives her death sentence, if Jace can be saved, and if Lilith succeeds in bringing Jonathan back.