SDCC 2020: The Truth is Way Out There With ‘Truth Seekers’

At SDCC 2020, Empire Magazine’s Chris Hewitt held a Q and A about the upcoming Amazon series Truth Seekers

At SDCC 2020, Empire Magazine held a panel on Truth Seekers, an upcoming horror-comedy series starring Simon Pegg and Nick Frost.  Truth Seekers is a story about a team of paranormal investigators seeking to uncover ghost sightings across the UK for an online channel; Yet, the more haunted areas, old churches, and abandoned hospitals these ghost-detecting heroes continue to explore, the more supernatural events begin to escalate, essentially uncovering a conspiracy that could potentially cause Armageddon and the end of humankind.

A horror comedy much like their acclaimed classic Shaun of The Dead, Truth Seekers takes a page out of the paranormal and reunites stars and best-friends Simon Pegg and Nick Frost, as Dave and Gus. The duo is also writing the series, as the first project out of their new production company, Stolen Picture.

The panel (which you can watch above) began with an exclusive never-before-seen new teaser trailer for Truth Seekers hinting a bit about what the show is about. Afterward, Nick Frost explained that the plot is very much a story about friendship, while Simon Pegg, then gave his two cents about the series, emphasizing that what makes it different is that the horror plays as equally straight on and on an equal parallel to the comedy, not unlike Shaun of Dead. James Serfinowicz, then emphasized that the series would emphasize on paranormal events and activities, mixed with the humdrum of installation of broadband cable work, and the mundanes of everyday life. Mentioned by James, the series very much takes a page from popular paranormal series the X-files and science fiction authors such as Arthur C. Clarke.

Revealed in the panel, the heart of the series focuses on Gus, who had lost someone close to him, and whose shared love of the paranormal came from his desire to see this special woman again. Gus’ only relief from the pains of his existence seems to come from paranormal investigations, ventures he shares on his failing youtube channel. Likewise, Gus’ boss in his cable company job, played by Simon Pegg, works for a company whose large organization may have more nefarious plots in mind… much like everyone else’s everyday cable provider. There was also much praise about the cast, crew, and production which you can see in detail above.

The end of the panel jumped around a little. With some talk of Star Trek. And some focus on the gruesome locations visited. We also got a bit of storytelling about some of Simon and Nick’s ventures of ghost hunting back in the days of their youth when starting out together, with Simon revealing a big secret about their friendship: That Nick Frost’s been dead all along (kidding). The final question for the panel was on the belief of the paranormal, particularly aliens and ghosts, and we overall received a mixed bag of beliefs and stories.  Mostly, involving experiences with UFOs. 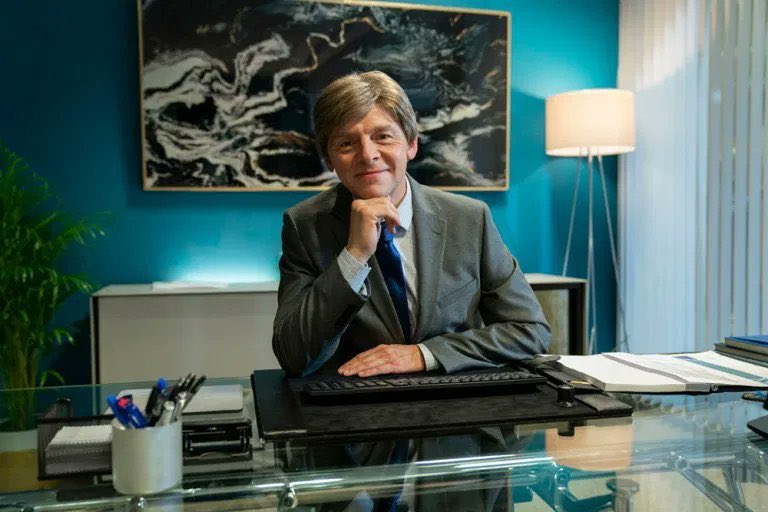 You Can Watch Truth Seekers on Amazon Prime later this year