At SDCC 2020, Aisha Tyler moderated a behind-the-scenes look at The Boys with executive producer Eric Kripke, the cast, and a cameo appearance by Seth Rogan and Evan Goldberg who broke special news.

The Boys is a fun and irreverent take on superhero celebrity culture and what happens when superpowers are abused for celebrity status instead of being used for good. An adaption of the best selling graphic novel whose first season we had covered last year.

Season two finds The Boys on the run from the law and hunted by the Supes, as they desperately try to regroup and fight back against Vought – a conglomerate that profits off the superheroes celebrity and covers up their dirt. In hiding, Hughie (Jack Quaid), Mother’s Milk (Laz Alonso), Frenchie (Tomer Capon) and Kimiko (Karen Fukuhara) try to adjust to a new normal with Butcher (Karl Urban) nowhere to be found. Meanwhile, Starlight (Erin Moriarty) must navigate her place in The Seven along with Queen Maeve (Dominique McElligott), A-Train (Jessie T. Usher), The Deep (Chace Crawford) and Black Noir (Nathan Mitchell); as Homelander (Antony Starr) sets his sights on total control. Yet, his power is threatened with the addition of Stormfront (Aya Cash), a social media savvy Supe, who has an agenda of her own.

Based on The New York Times best-selling comic by Garth Ennis and Darick Robertson, “The Boys” was developed by showrunner  Eric Kripke (“Supernatural”), who also serves as writer and executive producer. And the series is produced by Seth Rogen and  Evan Goldberg (“Preacher”). The eight-episode Amazon Prime Video original series is co-produced by Amazon Studios and Sony Pictures Television Studios with Point Grey Pictures, Kripke Enterprises.

At the panel, Aisha began by asking showrunner Eric Kripke why The Boys has been such a successful hit. How it’s fantastic at turning the superhero on its head. The showrunner then admitted to the series having raised the stakes, with the Boys desperately on the run, and Homelander having grown out of control given the death of Stillwell. Some of the themes expanded upon was not just the realism of (if superheroes were real) but also, in staying relevant in politics, social media manipulation, and pop commentary. Whereas Season One explored #MeToo and the American Weapons industry, Season Two goes after systemic racism and white nationalism. With an emphasis on strong characters, but also, a tad of madness.  The panel then cut away for a clip… where the promise no mammals were actually hurt during the shooting of this scene.

The panel then continues with what’s happening this upcoming season going cast member to cast member discussing what’s different for them in Season Two. Season Two sees Butcher, go to extreme length in pursuit of his wife, spending a good time with Starlight. With Karl Urban elaborating that this season sees a lot of odd partnerships pairing on quests together.  Meanwhile, Homelander’s character is going through an internal struggle… with breast milk. And Hughie takes command a little more on his own, beyond what Butcher wants from him and even away from both The Boys and Starlight. Meanwhile, Starlight embraces the twisted reality she’s in and hardens herself, as she starts venturing out to find herself outside the Supes. She’s more emotionally inaccessible but has a different type of professional relationship with Hughie. A-Train is in recovery from compound V but is forced to face his inner demons he’s been running from. Mother’s milk continues more-or-less as the heart of the group. While the Deep sings sweet nothings to a Dolphin having felt isolated stuck in Sandusky, Ohio. Kimiko continues to expand on her elaborate combat sequences including the alleged ‘Black Widow’ stunt, while also learning about Kimiko’s past and why she doesn’t speak. Frenchie meanwhile, starts to let Kimiko be freer while he debuts his origin story. Frenchie and Kimiko needing to figure out who they are on their own showing some real growth this season as people. Finally, Stormfront (played by newcomer Aya Cash) is new to the Supes but is equally seen as Homelander’s match, with an alleged disclaimer that came with the role that Aya kept hidden about her audition. Stormfront, to put it simply without spoilers, is eccentric yet relevant about the current times. In a powerful social statement that can only be pulled off with finesse, which Cash has provided in her career.

The end of the panel delved into some of the themes of the show. How power doesn’t necessarily corrupt, just reveal what a person’s always been. Finally, Seth Rogen and Evan Goldberg made a cameo at the end with a personal thank you and a special message revealing:

That The Boys Has Been Renewed for Season 3.

A surprisingly early pickup, the show has been an extreme hit for Amazon. With one final reveal of a new show called, ‘Prime Rewind: Inside the Boys’ Featuring Aisha Tyler as host. 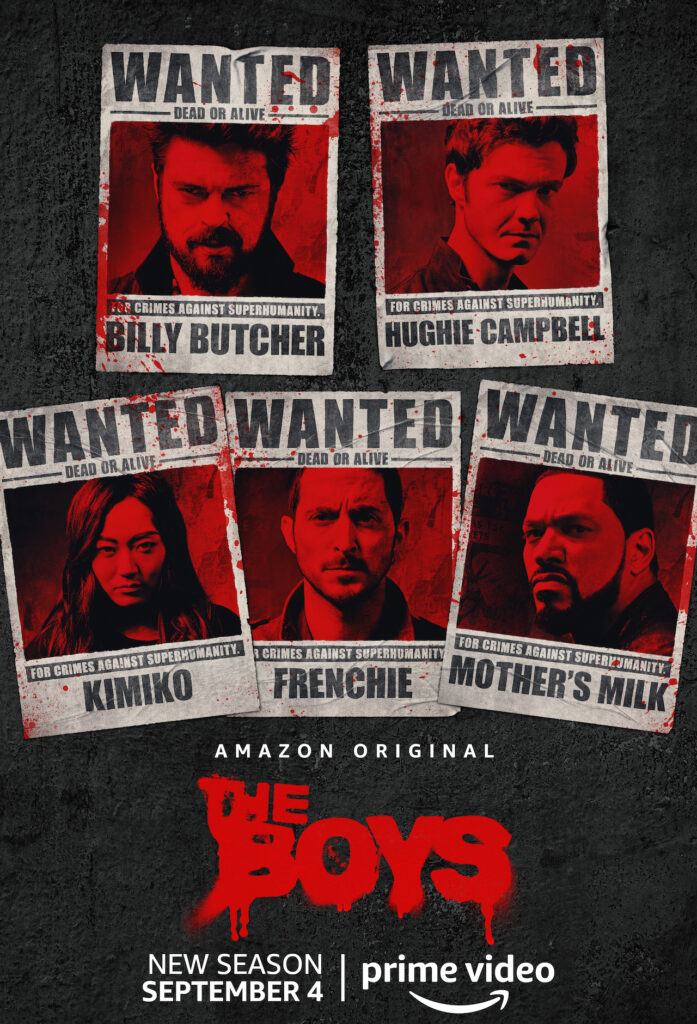 Previous article
SDCC 2020: Star Trek Universe Panel
Next article
‘I May Destroy You’ Episode 4 Recap: “That Was Fun”