‘Scream’ recap: Come for the murder, stay for the sex tape

Last week, my review concluded with the sentence, “Ladies and gentlemen…we have a show.” It was the best of the series’ run so far.

This week, MTV’s “Scream” returns with “Aftermath” which gives us a show that feels like it’s trying so very hard not to revert to the incompetence of its blown start. For the most part, it succeeds. Kinda.

There’s still this bit of excruciating minutiae the writers refer to as “dialogue”:

BROOKE (crying): “You know, I don’t think I’m gonna make it through this Town Hall thing…none of this waterproof Mascara actually is.”

EMMA: “You can go a day without Mascara.”

EMMA (crying): “I know…she never had to wear Mascara…” 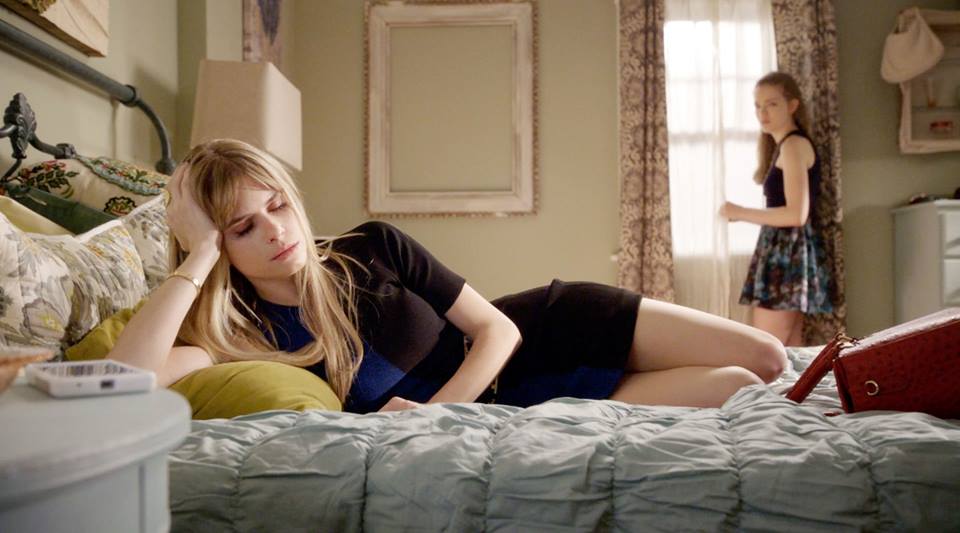 There’s now a Lakewood Murder App that allows students of Lakewood High to cast their vote for the next Murder Victim — and Brooke’s at the top the list. And, honestly, I’m fine with that, seeing as how she exists simply to push her nose up in the air and titillate viewers with the notion of underage sex. The student-teacher sub-plot is bad enough, now we have Brooke’s dad, the honorable Mayor Maddox, weirdly pawing at her while drinking a glass of Vodka for breakfast. And who can blame him for drinking? The cops are trying to figure out how last week went down. It turns out that Tyler’s burnt-up body was in the car — sans head. The Brandon James Mask was in the car as well, so all’s well that ends well according to the cops.

And just when you’re rolling up the newspaper to bat the show’s nose and yell, “BAD MTV! BAD!”, we get Noah with bags under his swollen, red, tear-stained eyes and Audrey comforting him with a nice bit of dialogue I think anyone who’s lost somebody close to their heart can relate with:

This is followed by Noah showing Audrey personal phone texts from Riley before she was murdered. Things like, “My Mom wants to know who’d win in a cage fight between Madonna and Lady GaGa,” and “Meet me at the football field,” the place where him and Riley shared their first kiss. He half-smiles as he looks through the texts. The look on his face is one of heartbreak and devastation.

This scene feels real. And, so, you put the newspaper down to watch “Scream”, a show that I’m ready to give a “TV Participation” certificate to if it just keeps me slightly interested for two minutes.

Thankfully, the crux of “Aftermath” deals with Emma getting a new gift from GhostyMcMeltFace: an old yearbook with a bunch of student photos cut out. The crown jewel of Emma’s recently acquired bit of would-be police evidence? Her father’s photo is completely scratched out with pen. There’s a single phrase written with red pen. It reads, “THE TRUTH LIES WHERE THE MASK WAS MADE.” She takes it Noah’s shop where he and Audrey get a look. Noah reveals that it might have something to do with Brandon James’ facial surgery at a now-defunct hospital since the killer’s mask “was made there and patients wore it to prevent infection”. His face lights up. He wants to go there! Emma tells them that they’re not going anywhere and leaves — but it’s a trick. She wants to go and needs Audrey’s help. 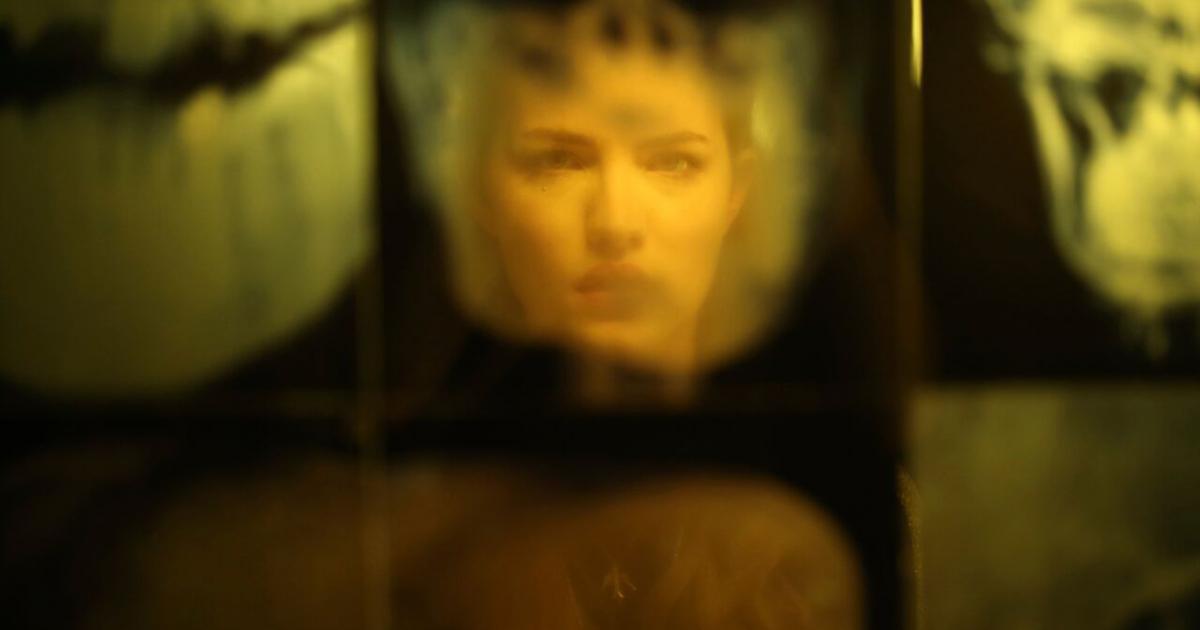 So they go to the creepy-ass hospital that actually looks well taken care of despite being “shut down for 6 or 7 years”. Brandon James actually has a “lair” complete with disturbing clues and things with possible fingerprints. I’d complain that Emma and Audrey should have called the cops since that would have probably helped blow the case open, but none of Lakewood’s police have the ability to solve a crossword puzzle, so whatever. Let’s sit and watch as they touch stuff and look impressed by the fact that “Brandon James” would make a kick-ass scrap-booker, the way he hangs the victims’ pictures in a little 3D carousel. That’s good.

Anyhow, the thing ends on a weird note. Noah predictably shows up at the hospital to check things out. The girls almost murder him with a crowbar-armed Audrey and stun gun-equipped Emma. They find a laptop full of folders with several names. They load the files on an SD card and run — but not before they accidentally find the head of Tyler on a shelf hidden underneath a Brandon James mask. Later, after the cops surround the place, scold the kids and take away what ever evidence they stole — except for the SD card which, as it turns out, is totally corrupt except for a single file.

After Noah goes through a considerable (and unnecessary) amount of trouble to crack the file, they find that it’s a video of Emma having sex with Will when she first lost her virginity. Also the file is executable and uploads to the entire school. And that’s how it ends. 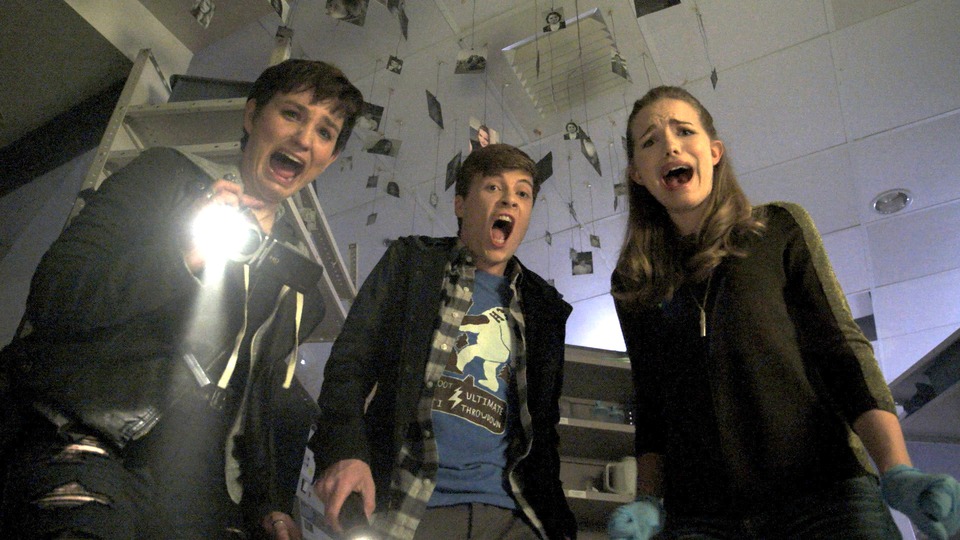 (Audrey takes Noah’s red Solo cup full of booze from him)
“Drinking on the job is a new thing for you.”
“They can’t fire me…I’m the only one who knows how to reset the router.”

THE BAD (and really improbable) 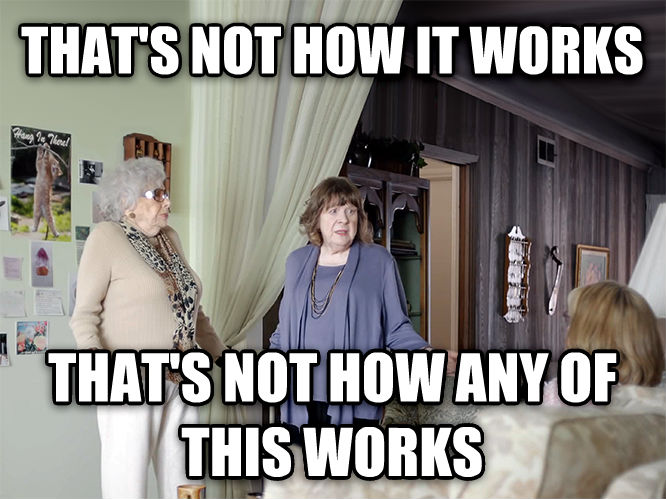