I have fond memories of Saturday Night’s Main Event, WWE’s old-school late-night wrestling program which aired for about 30+ episodes in seven years, starting in 1985.

As pro-wrestling was entering its “Golden Age” with the likes of Hulk Hogan, Rowdy Roddy Piper and Andre the Giant, WWE looked for new ways to expand their markets. They looked no further than cable television — new to many people back then — and NBC.

Long-time producer, Dick Ebersol, signed an agreement with WWE boss, Vince McMahon, to have a wrestling show which would air in Saturday Night Live’s time slot when that show would go on a week-long hiatus.

The relationship was mutually beneficial as Ebersol and NBC would reap the ratings benefits while WWE would learn how to put on a better wrestling show with a professional camera crew and experienced production team. 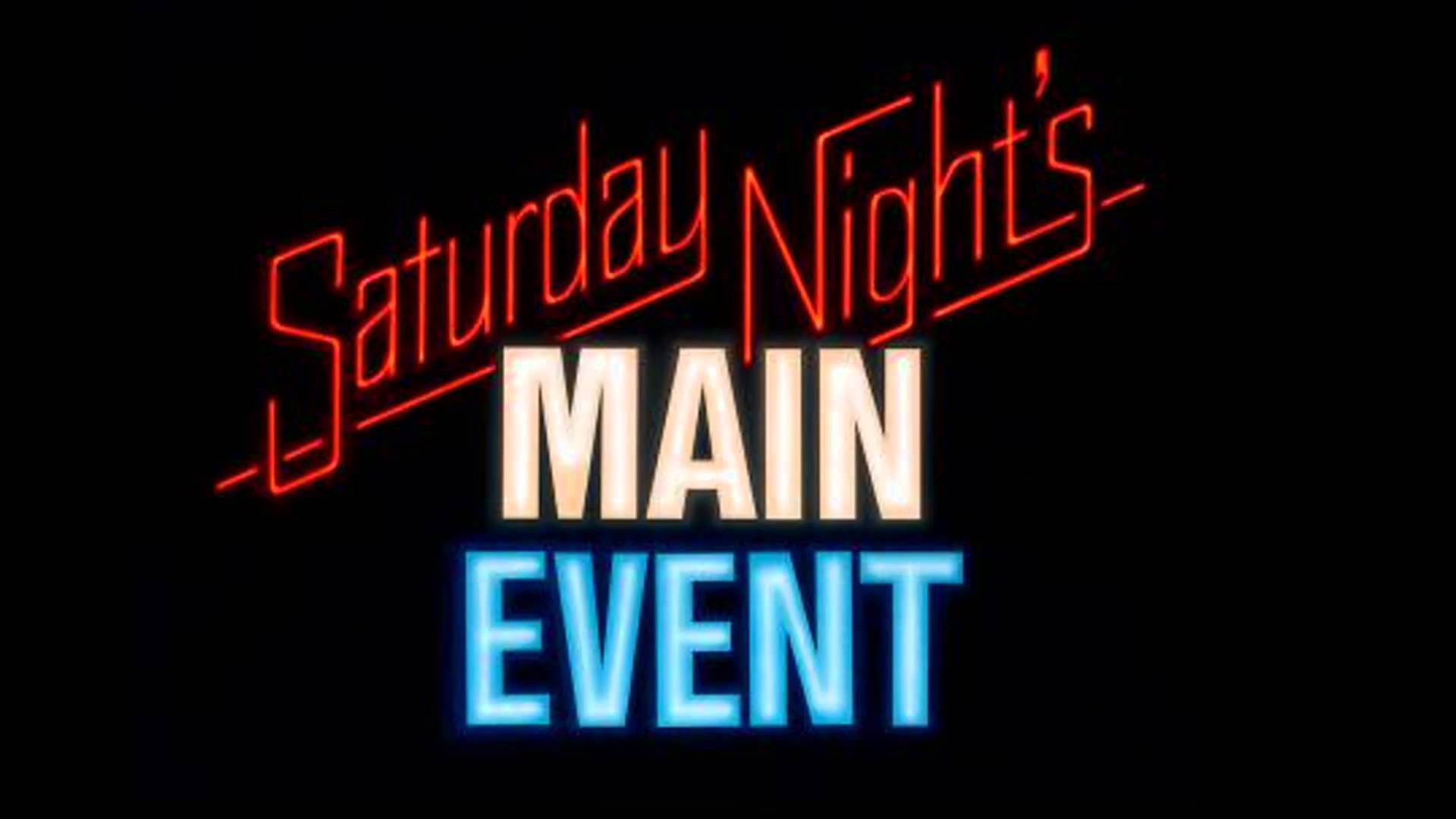 WWE had successfully delivered WrestleMania and Hulk Hogan was still in a bitter feud with Rowdy Roddy Piper. On this episode, Hogan would defend the title against one of Piper’s proxies, “Cowboy” Bob Orton. Cyndi Lauper would be in Wendi Richter’s corner as Richter would defend the WWF Women’s Title against The Fabulous Moolah…

We start with a small promo. Lauper is with Richter. Her Pro-Tip for Richter: “Don’t let Moolah grab your hair. You know she likes to do that.”

Hogan and Mr. T are fired up for tonight’s action.

And, THAT THEME SONG…wow. Brings me back to my childhood.

We are LIVE from Nassau Coliseum in Uniondale, New York for Saturday Night’s Main Event!

Your guys on the mic are Vince McMahon and Jesse “The Body” Ventura.

MATCH #1: WWF Tag Team Champions The Iron Sheik & Nikolai Volkoff (w/ “Classy” Freddie Blassie) & George “The Animal” Steele vs. Barry Windham, Mike Rotundo (w/ Captain Lou Albano) and Ricky “The Dragon” Steamboat
The heels do the usual Soviet heel spot including the singing of their anthem. Sheik and Windham start the match. It’s Headlock City to start and Windham hits a shoulderblock and hip toss. Windham hits a nice slam and tags in Rotundo who does the arm twist and tag to Steamboat who comes down with one of those Karate Chops. Tag to Rotundo and it’s a double elbow off an Irish Whips. The three faces continue to beat on Iron Sheik but Sheik finally manages to get an Abdominal Stretch. “Steamer” (as McMahon calls him) counters by slamming him to the mat and it’s a Pier 6 Brawl with the faces clearin’ the ring for ‘Murica! We go to break.

We come back and the whole place has blown up with a “USA” chant. Ricky The Steamer Dragon dropkicks Sheik. Some chaos and it’s Volkoff in next. The Windham/Rotundo duo deal with him with a double dropkick. Double elbow by the boys and Rotundo hits Atomic Legdrops. Animal saves the pin. Rotundo tries a roll-up and it’s a two count. Backslide and two count. Sunset Flip but Volkoff is on the ropes. Tag to Windham and he hits another Sunset Flip on poor Volkoff who gets caught in the ropes. Animal is in…but the heels totally ditch him for some reason. Windham rolls up Steele for the three count and we’re done.
WINNERS: Steamboat, Windham and Rotundo
RATING: **. T’was all right.
Post-match, Steel destroys and eats a turnbuckle. Volkoff and Sheik attack Steele but Steele clears house. Albano comes into the ring and tries to calm Steele down, then hugs him. Steele turns face.
“Gene Mean” is interviewing the heels but Steele attacks them for a second, then just kinda moves on like a stray rain cloud.

“Rowdy” Roddy Piper is with Bob Orton. His guest is Mr. Wonderful Paul Orndorff. Orndorff ain’t happy about what happened at WrestleMania. Orton and Orndorff jaw. Orndorff calls him a dunce and tells him to get in the corner. Piper tells Orndorff he can finally rest easy and sit down. Orndorff: “Ladies FIRST.” Piper calls him a loser. Orndorff tells both men to back off as they get close to snapping. Piper says he isn’t a loser — Orndorff lost the match for them. Orndorff says that Piper left him in the ring with Hulk Hogan and Mr. T after the match. Piper says that Orndorff lost his guts. Piper says Orndorff embarrassed everyone. Piper says he’s leaving…then attacks Orndorff. Orndorff blocks and punches Piper and then Orton who comes to help. Orndorff goes for the Piledriver but Orton saves the day. The two men get ready to gang up on Orndorff but Mr. T runs down to rescue him.

MATCH #2: “Cowboy” Bob Orton (challenger) (w/ “Rowdy” Roddy Piper) vs. Hulk Hogan (champion) (w/ Mr. T) for the WWF Championship
It’s a slugfest to start with Hogan hitting a huge back bodydrop and body slam. Orton moves outside to get some “wisdom” from Piper. Hogan just beats on him when he gets back in the ring with a shoulder into the ring post, then he bites Orton but that’s cool because it’s Hogan. Hogan slams Orton’s arm into the ringpost and whips him into the ropes but Orton hits a FLYING KNEE! IT’S A FLYING KNEE, MICHAEL! Oh…we’re too early for that. Orton hits an Atomic Drop and gets two. Orton starts dropping knees and elbows as Mr. T and Piper jaw outside. Hogan hulks up and drops an elbow. Two count. Hogan climbs on Orton in the corner. Orton counters with a reverse Atomic Drop. Orton goes for a Superplex but Hogan fights out, hits an elbow and legdrop. Piper whacks Hogan, interfering and we’re done.
WINNER AND STILL CHAMPION: Hulk Hogan via DQ
RATING: *. This was your typical Hogan match.

Gene’s with The Fabulous Moolah who is sick and tired of Cyndi Lauper. She’s not the first. She heads to the ring. She says she has a decree from the WWF that will ban Cyndi Lauper from ringside.

Gene has Lauper and Richter. Lauper says she will never be banned as a manager.

MATCH #3: The Fabulous Moolah (challenger) vs. Wendi Richter (champion) (w/ Cyndi Lauper) for the WWF Women’s Championship
Finkel reads a decree that’s actually written on ancient papyrus, which is fitting since it’s about as old as Moolah is here. Lauper is banned from ringside. Moolah uses the hair to whip Richter and tosses her from the ring. Richter gets back in the ring and kicks her out. Back in the ring, Moolah gets a Body Drop. Richter comes back with a kick to the chest. Moolah begs off and gets to the ropes. Richter tries to drag her to the center of the ring but Moolah holds the ropes. Richter eventually does but Moolah slaps her and knees her in the face. Richter rolls her up for the win.
WINNER AND STILL CHAMPION: Wendi Richter via small package
RATING: *. Meh…

Post-match, Lauper and Richter dance around the ring like we’re square dancing at a hoedown.

NEXT: JYD is up next!

Gene has JYD who has his mother with him. She says she’s proud of him.

MATCH #4: Pete Doherty vs. Junkyard Dog (w/ His Mom)
JYD immediately attacks Doherty with headbutts and a clothesline. Doherty leaves the ring. JYD goes after him, grabbing him by the hair, as Doherty screams like Taylor Swift after a break-up. Back in the ring, it’s VINTAGE JYD with some headbutts. Doherty escape the ring again and goes top rope but JYD tosses him into the ring. More headbutts and a Powerslam by JYD and we’re done…and nobody cares. Seriously, nobody cheered that.
WINNER: Junkyard Dog
RATING: DUD.

Backstage, Gene is at Cyndi Lauper’s Mother’s Day Party. Iron Sheik is there and he hates Lauper. So does Volkoff…but the punch is great. Volkoff says his Mom’s in Moscow. Blassie’s Mom is there. Albano reads a poem about his Mom. Hogan has his Mom there. Cyndi’s Mom is there and sounds like Kyle’s Mom from South Park. Moolah shows up and stands a biiiiit to close to the nice Mother’s Day cake. She yells at Lauper because she wasn’t invited. Moolah insults Lauper’s Mom, there’s a scuffle and, BAM, there goes the cake.

Vince and Ventura review what we just saw.

OVERALL: **. This was a fun watch. Matches were your usual late-night fare. Still, lots of fun to re-live my childhood.