The obsession with tabletop RPGs has become more popular than ever. You can see it virtually everywhere. Whether it’s Critical Role – which is now the hit Amazon series, The Legend of Vox Machina. Or the animated D&D comedy, HarmonQuest – made by Rick and Morty showrunner, Dan Harmon – there’s just something about the D20 that’s taken the world by storm. Including an upcoming D&D movie even set to debut next year.

In fact, in 2020 tabletop roleplaying game sales grew from $80M in 2019 to $105M in 2020. And from what we saw at Gen Con, there are no signs of this trend slowing down. Currently, the TTRPG world is primed for a revolution and Solar Studios’ newly debuted Redsky, may just be one of the hottest new players, ready to embrace this new reality. Redsky is a massive 300-page TTRPG filled with loads of unique lore, customized gameplay, and more. An extension of the fifth edition of D and D, unlike other RPGs out there, this adaption is completely devoid of magic. Instead, Redsky utilizes an entirely new weapons system called Eldertech. Which is an unique element to the game that integrates tech and fantasy in completely unprecedented ways.

Effectively replacing magic in this new system, Eldertech are artifacts of advanced power left behind by the mysterious crew. Accumulating this mysterious technology is how players can advance further in terms of gameplay, once their level caps are inevitably hit.

The design of the game features a classical-empire-era approach (think Rome) to the lore. All for a world rife with conflict, intrigue, and science fiction, where a mysterious power behind the scenes threatens all civilization. In many ways, this TTRPG could be a spot-on ringer for the latest D&D editions. As the information featured in this booklet is not only seemlessly organized, but it’s also accentuated with some absolutely stunning artwork, which you can see in our images throughout. Atop of this, Redsky’s world is lush with monsters, species, and advanced technology left behind by a seemingly lost civilization. The world of Dema itself, is in fact, actually isolated within a colossal spaceship and lit by an artificial sun. What’s unique about this lore is that the innate cultures don’t realize that they’re living within a ship. Effectively, the civilizations of the past hundred years or so, have no idea that they’ve been secretly watched by a mysterious group who’s been watching their progress in some strange misunderstood experiment… now reaching its final moments.

This advanced crew, now nearing its final destination, wreaks havoc on the civilizations in Redsky in apocalyptic ways. Effectively threatening to end their lives as they know it, causing old enemies and clashing cultures to unite in a final stand against their mysterious handlers. 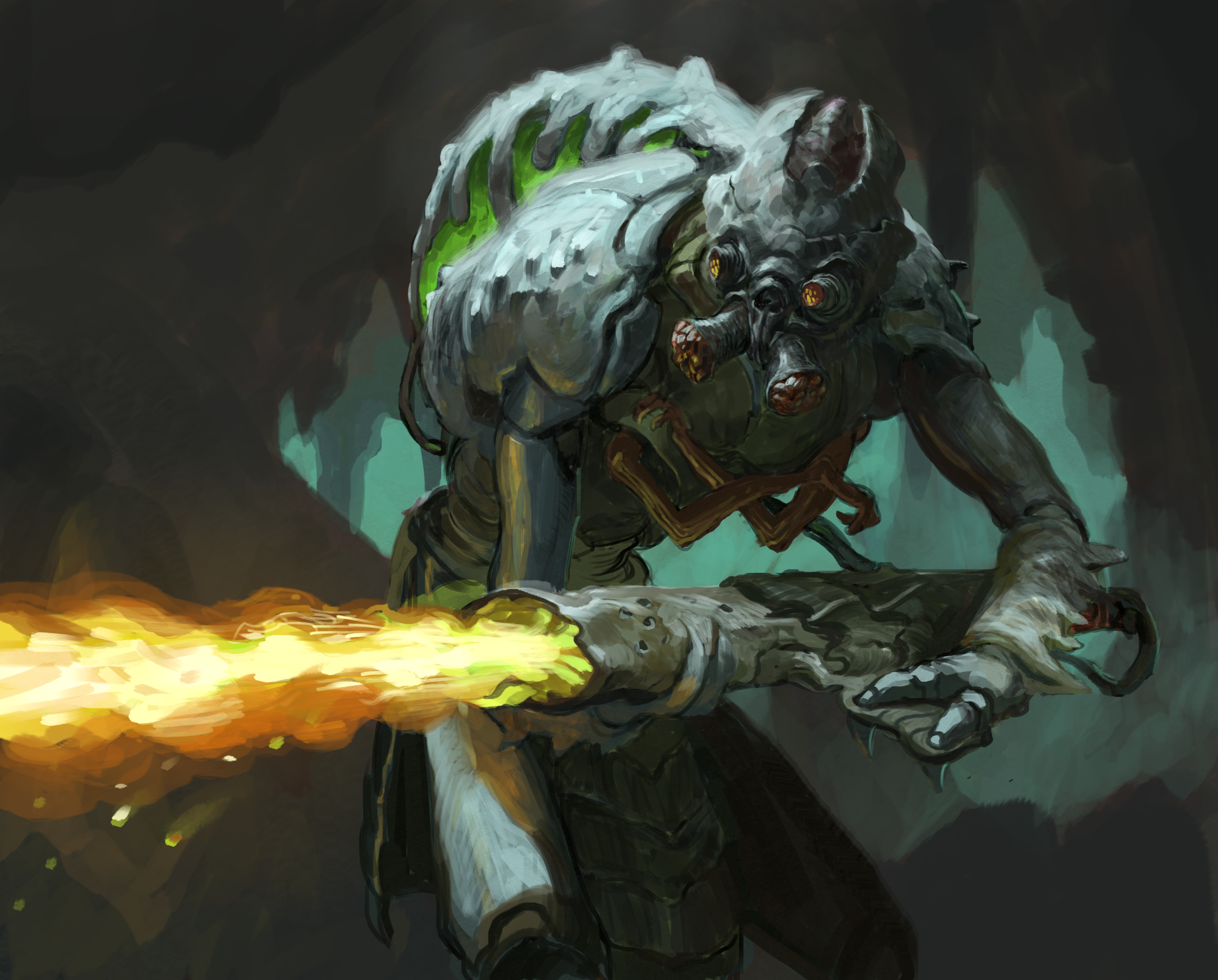 “If you’ve ever wondered what it would be like for the ancient Romans to have a handful of gravity hammers, you can get pretty close to that in the world of Redsky,” – Alex Ioakimidis, co-writer and co-founder.

Characters in Redsky feel much more grounded compared to your traditional TTRPG. With designs specifically capped levels at 10, so there can be no overpowering characters. Making for a more grounded challenge.

On top of this, the roleplay features one of the most layered cultural heritage systems in a game. As with Redsky’s unique species and 20 distinctive cultures, there’s enough diversity that players can customize their characters in so many different ways, allowing them the freedom of how’d they want their heroes’ gender identities to be.

Finally, elemental dualism replaces 5e’s alignment system in Redsky. A character’s elements impact their abilities and features and must make three elemental choices in the game as seen above.

Thus, instead of good or evil, it’s layered in ways that completely affects effectiveness in gameplay. And since combat is more focused on physical aspects, armors matter so much more and can be layered and resistant against different damage types.

Healing is also much more sparse in this game too.

Truly, Redsky presents something entirely different to the table that can be fun for any fans of TTRPGs. You can follow the development of Redsky on their Instagram page. A portion of each sale from one of the dev’s take home profits of the digital pdf also goes to a slew of international causes. Those interested in trying this game can purchase Redsky, via pre-order as well.