The Politics of ‘Parks and Recreation’

There’s something that happens in a show’s final season (at least, when the actors and creators are aware that it is the final season) the I-give-a-shit-about-ratings meter falls to an all-time low because they’re already at an end, so what are you gonna do? Cancel them? Now they are free to express their creativity and do what they’ve wanted to do with the show all along. Sometimes that ends in a crazy, discombobulated mess that completely ruins the previously well-liked seasons. But sometimes, in rare instances, it adds another level our love for the show.

Parks and Recreation‘s I-give-a-shit-about-what-you-think meter has all but disappeared. Sure, they’ve hit on political issues before, what with their opinions on gay marriage, pornography, women working dirty jobs, sex education, and waffles. Leslie Knope and Co. are unabashedly feminist, but this season they’re going all in on the political issues and I fucking love it.

Not only has Ben voiced his opinion on data-mining unknowing customers: 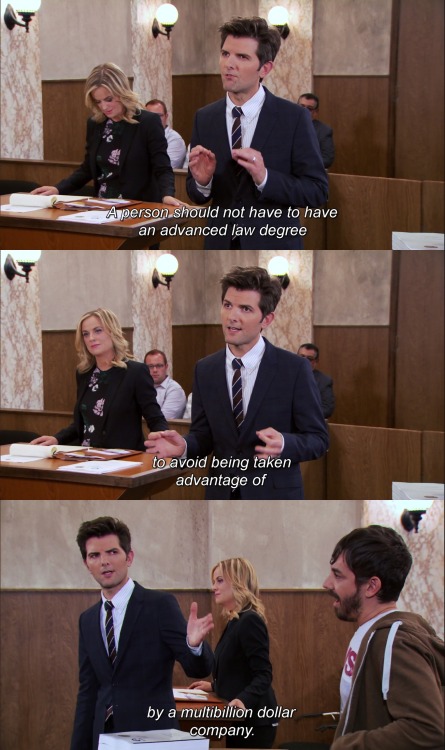 But he’s also subtly let us know how he feels about hipsters:

Jennifer has expressed how we all (yes, parents, you too) feel about children: 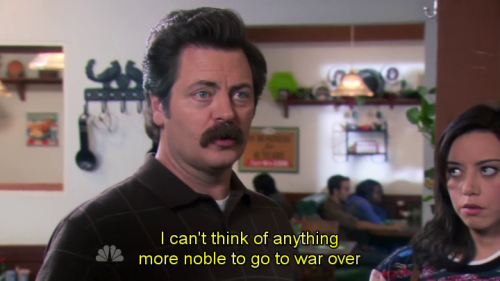 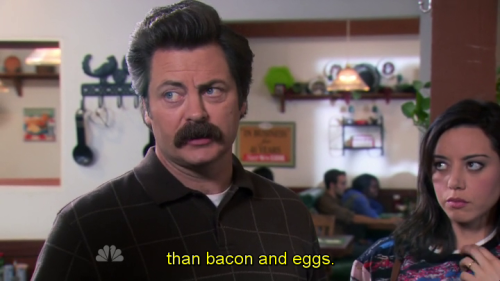 But this week’s most recent episode “Pie-Mary” was a slam dunk addition to an already stellar season. While running for Congress, Leslie learns what it means to be the wife of a politician, which includes a ridiculous pie-bake-off that spirals into the Wyatt-Knopes taking on a Men’s Rights group. I’ll just let some of the gifs speak for themselves:

And finally, the coup de grâce:

I love you, Parks and Rec. Please don’t leave me.