If USA’s Playing House is aiming for a third season, the last two episodes of the season did a bang-up job making a good case for renewal which is a relief as the show seemed to be floating down a gutter toward a local sewer drain like an empty snack-sized bag of Ruffles. Re-reading my reviews for prior episodes “Knotty Pine” and “Kimmewah Kup”, I can’t help but be afflicted with self-doubt. Maybe I’m asking for too much. I enjoy Playing House. I really don’t want to see it gone, but there are times when this show becomes cloying and manipulative to the point of being insulting. Some critics resolve their repeated show issues by grading certain shows on a curve. Bloody Disgusting does this for MTV’s Scream. I can’t abide by that. It would be insulting to the readers. Some television is gold and some of it is garbage.

The penultimate episode of Playing House attempts to semi-resolve things between Mark and Emma which is frustrating considering the show’s second-season run only had eight episodes to sufficiently tackle the subject — and at least one of them was wasted on a throwaway episode about a girl’s trip to the lake. Here, we get the second annual Governor’s Ball where Mark is slated to receive an award for “Office of the Year”, something Mark snorts at: “Last year, a drug-sniffing pig won the award,” he tells Emma, who asks for an autograph. Of course, Rabbi Dan is helping out with the party set-up and Mark, being Mark, tries to out-man Dan in an amusing scene where he gets electrocuted by messing around with a stubborn power outlet that won’t feed any juice to the white Christmas lights that have been hung up around the ballroom.

Keegan-Michael Key is a blast to watch in this episode — especially in two key scenes. The first of which is when he’s trying on several different suits with Maggie while talking shop about Emma. The musical references here come in droves, though Maggie’s line about Mark “showing up at the ball looking like John Secada” is an absolute stone-cold winner despite the level of obscurity. Any 90’s child can hang with that — and it gets even better. After Maggie quizzes Mark about his line of questioning concerning Emma’s love life and tells him to cool his jets, Mark’s tells her, “My jets are cold…my jets are so cold, they don’t even have beef with The Sharks anymore.” 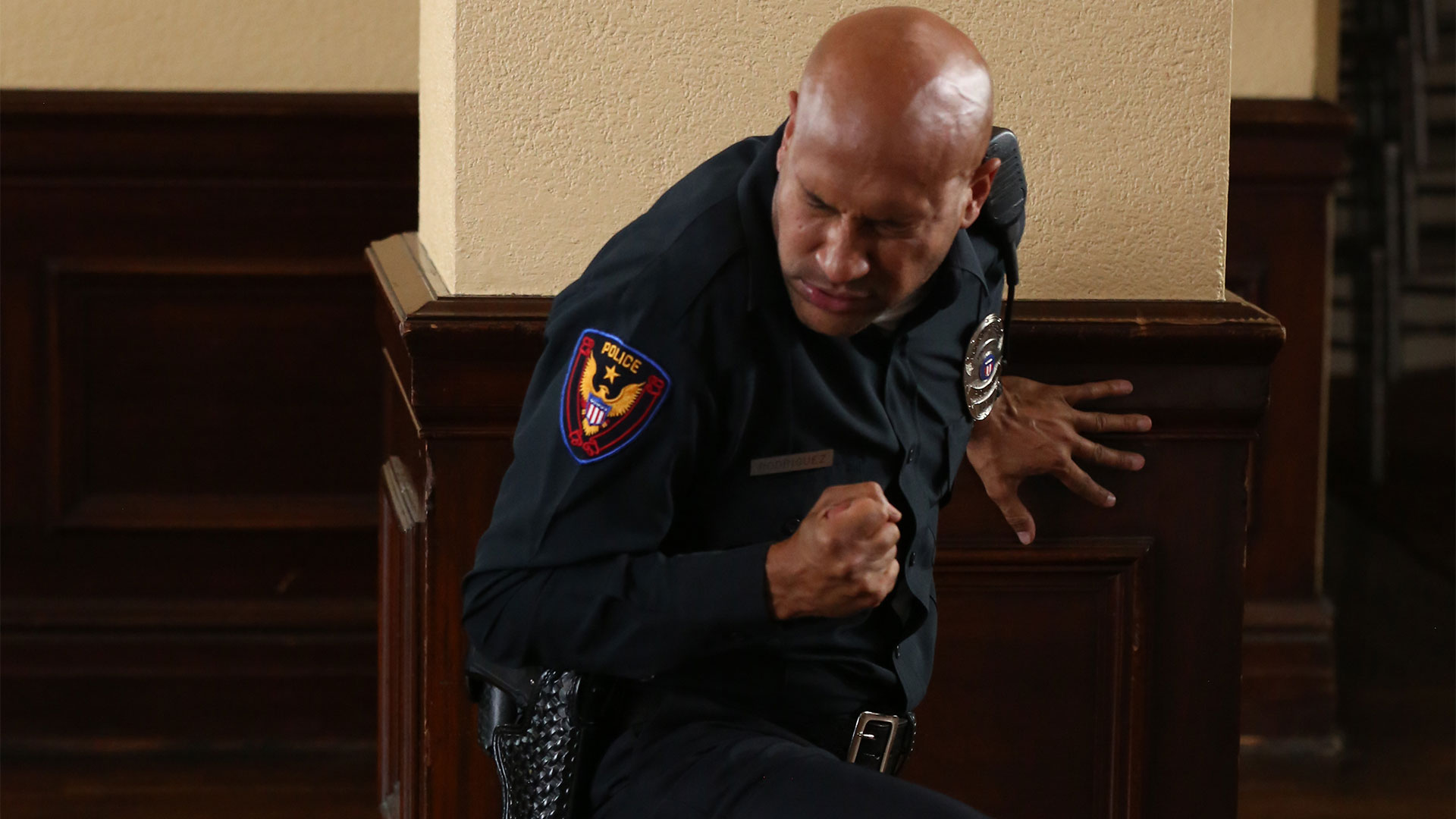 The other scene is, of course, the big confrontation where Mark and Emma lay it all out on the table. After Maggie learns about Emma’s feelings toward Mark in the women’s restroom, Maggie encourages Mark to “turn his jets on” and tell Emma how he feels. The problem is, of course, that Emma’s got somebody in her life, so the timing sucks on toast. The scene, however, doesn’t really resort to the predictable “forbidden kiss” trope and, instead, presents us with a very honest scene where Mark explains that he’s “not that type of person” who would intrude in a relationship and that Emma’s “not the type of girl” to stay from her guy. He does, however, tease Emma with how he’d kiss her — before he pulls away from her, telling her “But were’ not those people.” It’s a beautifully-acted portrayal of heartbreak that hurts so good because it’s familiar. And it’s hammered home in a quick follow-up where Emma keeps the medal that Mark won and gave to her, a bittersweet token of his affection.

A nice little unexpected notice is the b-story between Maggie and her ex-husband, Bruce, who we haven’t seen much of this year due to the fact that he hasn’t really been necessary beyond occasionally seeing his and Maggie’s daughter, Charlotte. Bruce is hired as part of the wait staff by Emma and, after there’s no longer a need for the wait staff to perform their duties, he takes to the dance floor where he gets his groove on. At first, the episode tries to throw us off the beaten path by teasing Bruce getting together with one of the many women fawning over Mark — but, after all the teasing, he ends up sleeping with Maggie again. Once again, the show doesn’t RomCom us with two people waking up and screaming and yelling as they realize what a horrible mistake they’ve made. Instead, we get a beautiful scene with Bruce and Maggie agreeing that their fling was just “for fun” and a nice “one-off”. Bruce has even made her breakfast. It’s nice to see Bruce evolve to this level instead of making a cheap attempt at a romantic return when he very well could have. 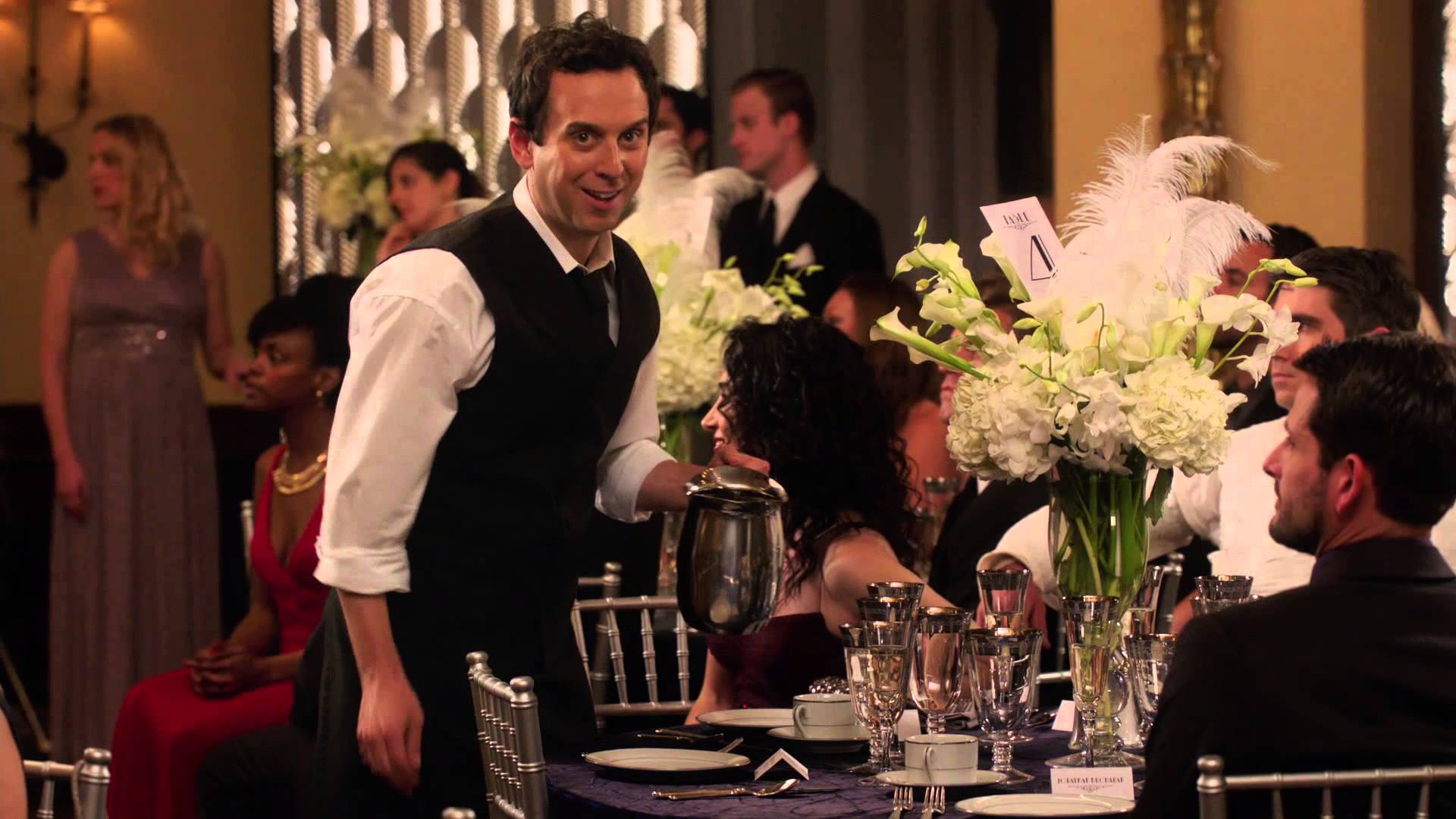 Even though “Officer of the Year” doesn’t give us the resolution to the Mark/Emma saga that we deserve, the episode does finally gives us some real, raw emotion that’s been in woefully short supply since the series resumed in August. All we have left of this season (and, possibly, this show) is the final episode which aired directly following this one. I sincerely hope that the season goes out with the bang it sorely needs so that Playing House can live on.