Peter Jackson Ends The Hobbit Trilogy on a High Note 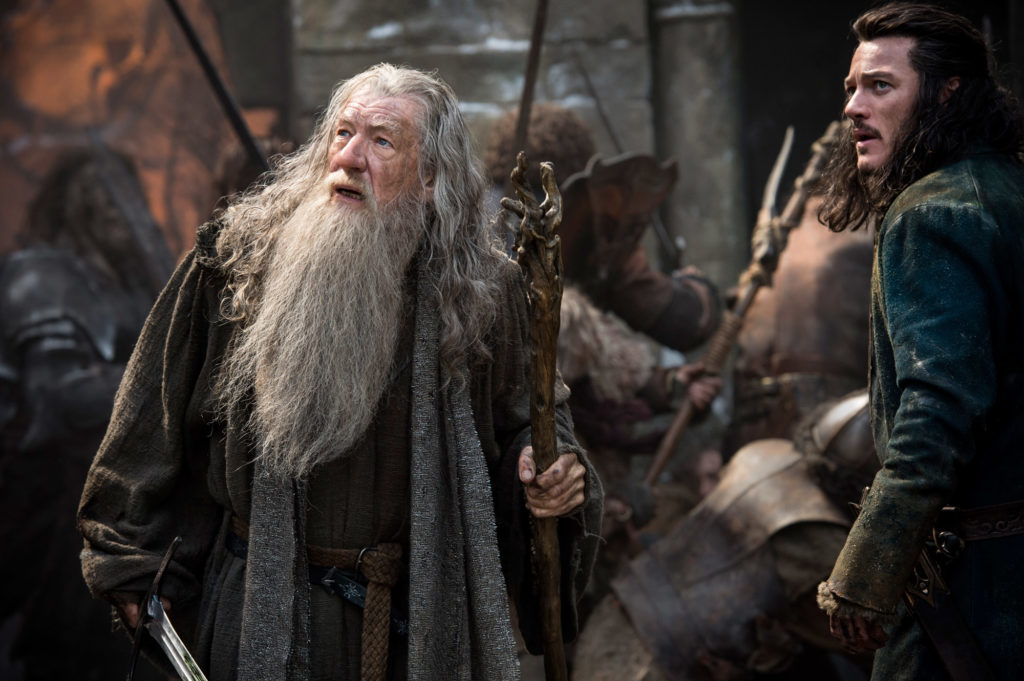 The Hobbit: The Battle of the Five Armies

And so at last we reach the end. After nearly ten years of anticipation and three years of individual chapters being released, Peter Jackson‘s three-part adaptation of The Hobbit is now complete with the release of The Battle of the Five Armies.

It seems like only yesterday when the Internet collectively cried out in horror at the announcement that the J.R.R. Tolkien’s novel would be split into three films instead of the originally planned two, but now that all three of them are out there for us to enjoy maybe its time to reassess that rage.

When it was originally announced that Jackson would follow up his immensely successful Lord of the Rings Trilogy with a film adaptation of The Hobbit, I found myself getting very, very nervous and it had absolutely nothing to do with how many films it would take or how long they needed to be.

Instead, what made me nervous was the simple fact that The Hobbit novel is simply not nearly as good as The Lord of the Rings. The plotting is insanely episodic (with more episodes than The Simpsons), many of the characters are thinly drawn, the pacing is all over the place, and all of it is thrown at the reader with relatively little emotional heft. If Jackson had attempted to make one film it would have been a chaotic mess with no heart to speak of and at least half of the book’s classic scenes and characters cut out.

So I think what Jackson did when faced with the prospect of following up his Academy Award-winning saga with a significantly lesser piece of source material was really flesh it out by making the characters richer and plotlines more sensical and detailed. In other words, he did a true adaptation. Compare this to the film work on The Hunger Games: Mockingjay and I think you’ll notice a big difference. While The Hunger Games simply recreated the book on film with relatively minor changes and then chopped it into two pieces, Jackson actually worked and massaged the source material into something better and altogether more cinematic.

Did each of the films need to be 2.5 hours long? Probably not. But now that I can look at all three films (especially the Extended Editions of first two) I think what we lose from enduring the lengthy running times is gained back in emotional power that otherwise might not have been there in an adaptation more concerned about telling the story faster or with one less film.

That being said, The Hobbit still isn’t and never could have been Lord of the Rings. Whereas Jackson’s first trilogy ranks as a crowning achievement in cinema with countless moments of emotional devastation and power, The Hobbit is merely a well-made trifle that has great moments of fun and a few moments to get you misty-eyed. It’s nowhere near as memorable or affecting as what we have seen in Middle Earth before.

I realize I haven’t spoken much about The Battle of the Five Armies specifically yet but that’s largely because if you’ve seen the first two Hobbit movies you kind of already know what to expect. The production values are still high, the performances are still on point, and there is still an over-abundance of CGI that looks more cartoonish than real.

The only really new character in this installment is Thorin’s cousin Dain played with a comedic touch by Billy Connolly. Dain enters the fray when Thorin (Richard Armitage) angrily decides to resist paying what is owed to the men of Laketown and elf king, Thranduil (Lee Pace) and sends for an army of dwarves to come back him up in defense of Erebor.

But what is originally set up to be a battle between dwarves and an alliance of men and elves, ends up being thwarted when Orcs and Goblins attack everyone. The fifth army comes into play when Radagast the Brown (Sylvester McCoy) arrives on the scene with the trusty eagles and the frightful Beorn (Mikael Persbrandt).

And it is truly this battle scene (which takes up a whopping 45 minutes of screentime) where Jackson really lets loose as a director. The action is exceedingly balls-to-the-wall with genuine thrills and great moments of loss when characters we’ve come to know and love start meeting their makers. And it’s actually on this front that I can’t wait to see what Jackson does with the Extended Edition of this film – a few of the deaths felt like they were actually filmed much more gruesomely than what we see in the existing film sooooo…Don’t hold back on me, Jackson!!

I’d have to watch the film again before officially proclaiming it the best of The Hobbit trilogy but I think that’s a fair assumption thanks to the fulfilling resolutions to the storylines that we’ve seen play out over three films now. This isn’t a film that is going to convert people who disliked the first two, but for those of you out there (like me) who found them to be entertaining pieces of work set in a world we came to love in three far superior films, you won’t walk out disappointed.

Most importantly, at the end of the day my hat will always be off to Jackson and his wildly talented team for creating Tolkien’s world on screen in a way that no other filmmaker could have accomplished or even dared. These six films taken together are a remarkable collection of work and will stand as an enduring symbol that in the movies there are no limits to imagination.