GamingGaming NewsGaming ReviewsSpecial Features
March 10, 2020
By: Robert Kijowski
When you cannot go around, sometimes you must simply go through.

Though I wasn’t able to cull an interview, I was fortunate to get my hands on the demo of Wasteland 3, the tertiary and revolutionary (in more ways that one) installment from developer inXile Entertainment and publisher Deep Silver.

Picture this: It’s been years since we’ve experienced the Radioactive Heat from the American Southwest in the last game and we now land ourselves in another pickle: a perpetual Nuclear winter in Colorado.

As a Desert Ranger, trying to keep your beloved Arizona from falling, you get an estranged call. He claims he’s the Patriarch of Colorado and he’s got some work for you, boy. He’ll promise you aid if you can fulfill one task for him- take back his land from his own murderous kindred.

You start from whole cloth in this new mission from hot to cold, building up your squad and cutting through people who would rather see you bleed out than freeze to death. 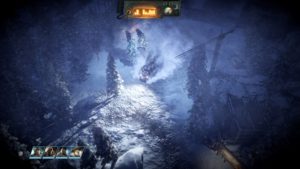 The gameplay itself was super solid, as fluid as it can go. The rub is that for every move you, your squad or your vehicle makes, it will cost you some currency in the form of when to shoot and how to shoot, when to move, how to move and how much punishment one of your soldiers can take before expiring.

This creates and compounds another level of complexity to the RPG gameplay in addition to building weapons and provisions that can be used, making difficult decisions morally on how to move forward and most importantly strategizing a plan of action that will not be the most pretty or bad-assed, but suit your own survival. Hey, nobody ever said you had to come in like a bad-ass and leave like one or vice versa. War is tough, and the prettiest one is the one still breathing.

As for the voice over and the music choice, this is a cinch to say one of my favorite things outside of the phenomenal visuals. This gave a clear understanding from the get-go of what sort of mire you were conscripting yourself into the moment you clicked ‘Start.’

As someone not familiar exactly with RPG’s on a PC platform, I must admit I had a little trouble during the first few minutes of the demo. The controls moved fluidly and the combat system was great. I was just failing at it at a certain point when I needed all of my squad and therein lie the wonderful thing.

This is a game that relies on the help of your teammates. What was the saying- A lone wolf dies the quickest? Well, that’s true. Nobody in a pack is dispensable and everyone has an equal role to play, albeit with varying strengths and weaknesses. It feels like a cross betwixt Fallout and Bioshock. It’s a time warp and it will have you feeling its ups, downs and all that surrounds you as you strive to meet that goal to simply survive for a task to help the greater good… no matter how may ugly you may look in the end. 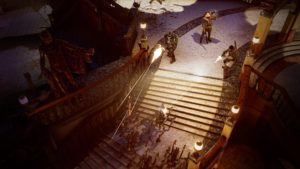 The revolution WILL be televised on your screens of Xbox One, Xbox Game Pass, PC, Playstation 4, Mac and Linux on the 19th of May in the year of our Lord, 2020. Consider yourself prepared…

P.S. A huuuge shout out to Alex Q. Ryan of Deep Silver, Thomas Schulenberg and especially Stephanie Tinsley Fitzwilliam for hooking this session up! This is a game to be totally on the radar for and you guys did not disappoint!

Previous article
PAX East Hands-On: No Straight Roads
Next article
Netflix’s ‘Carmen Sandiego: To Steal or Not to Steal’ (Review)