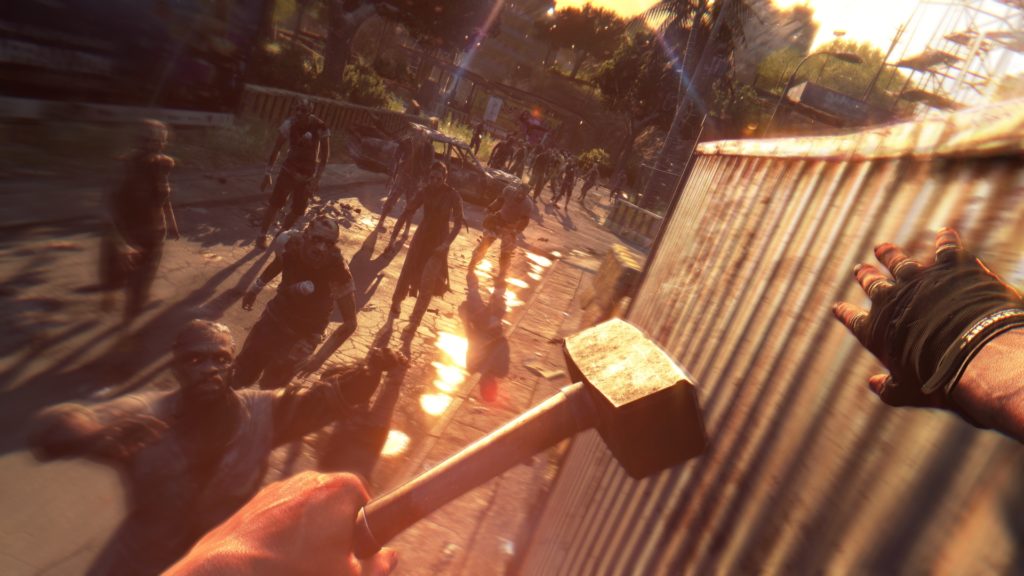 The city of Harran is a place of destroyed beauty. Sunlight cuts through the ancient city architecture spilling beams of amber light across the horizon. But that horizon is littered with apocalyptic destruction—rusted cars sit like grave markers on the street, makeshift barricades lay in various states of decay, a futile attempt at beating back the relentless hordes of zombies that now infest the city.

‘Dying Light’ is chock-a-block of great moments and total fun, even if the story and characters end up being a bit unexceptional. That story, in which main character and undercover operative Kyle Crane air drops into the overrun city of Harran to find estranged agent Kadir “Rais” Sulaiman, who possesses information that if released would prove to be disastrous for the agency.

The story allows Crane to set himself up as a bit of an interloper between the two factions that struggle for control over Harran – the parkour-loving Runners, and the Mad Max-ian Bandit clan. This is essentially all you need to know since the narrative itself becomes to unwieldy and begins to collapse under its own weight, but that doesn’t distract from the core mechanics of the game, which shine.

Traversing the city is equally thrilling and terrifying. Mantling over rooftops and just barely crossing large gaps 20 stories high in the air is an exhilarating way to move across the map. Equally fun is the game’s “safe landing” mechanic, in which Crane can jump from any height and land safely onto specific objects—blue-tarped roofs, blue piles of trash bags, and dumpsters.

It’s similar in idea to ‘Assassin’s Creed’’s “leap of faith”, but in ‘Dying Light’, there is no auto-pilot. No, the entire descent must be controlled and guided all the way down. At a glance, it doesn’t seem like much of a difference, but when you’re fleeing a throng of zombies and the only escape route is straight down, it’s an absolute relief to stick the landing, and a brief reprieve from the game’s underlying tension.

That tension multiplies at night, which you know is coming via PA system announcements across the city, and you know you’re finally screwed when Crane’s wrist watch starts to beep uncontrollably. It’s akin to quietly running around Sevastapol Station in ‘Alien Isolation’ when suddenly the motion tracker begins to ping ominously. 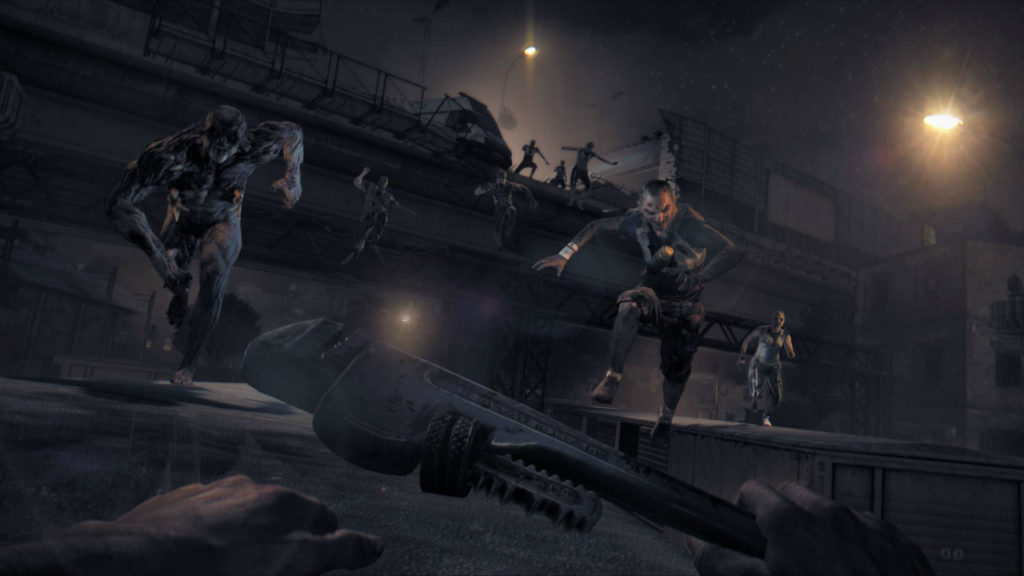 When Crane’s alarm goes off, the sun has set. The ‘light’, if you will, ‘dies’ and this changes the entire dynamic of the game- you are now the hunted. With the night comes the Volatiles, a ferocious enemy type that will hunt and chase you relentlessly through the city if detected. Adding to that challenge, the normal zombie types also become more aggressive and powerful.

The game incentivizes the additional challenge and difficulty by doubling all XP gained at night and later allowing access to different trap types which can assist a hasty escape. Both make the wont to creep around in the pitch black palpable, even though the danger is ever-present.

Those aforementioned experience points are funneled automatically into three skill trees (Survivor, Agility, and Power) depending on how you play the game; stealthy players will upgrade their Survivor and Agility trees much faster than their Power tree, which can only be leveled up by diving head first into combat.

Some skill tree attributes, like the ability to slide underneath low objects, really don’t serve much of a purpose (I actually never purchased this skill during my playthrough), while others become extremely vital to survival. The ability to stun zombies by jumping on their heads, then auto-executing them, was a skill that was both practical and too damn fun to not use constantly.

The game also features multiplayer and co-op, which is set up like ‘Dead Island’, Techland’s previous zombie outing. Players set themselves up as online and active during the campaign and people can drop in and out as they please to tackle co-op goals. There is also an additional PvP mode, dubbed “Be The Zombie” in which one player assumes the role of a Volitile and the other players must avoid being hunted.

‘Dying Light’ feels like the Zombie game that Techland always aspired to make, it just took them a few tries to get it right. All the hallmarks of ‘Dead Island’ are present from the character-related side quests all the way down to the crafting, but it has all been nicely polished and improved. And to top it all off, the game is just huge, stuffed with fulfilling content across a huge city. Like Ubisoft did with Far Cry, Techland has expertly laid the groundwork for what could be a very promising series in a genre that is crowded, but will never get old.