‘Outlander’ is back! “Through a Glass, Darkly” Review

This is a warning: spoilers for the Outlander season 2 premiere, “Through a Glass, Darkly”.

Outlander, you have been back for exactly twelve seconds, so I’m going to need you to calm the fuck down with all these emotions you’re slinging at my heart. I signed up for 18th century France party time, not ugly crying escapades. I’ve read the cover of Dragonfly in Amber, the book season two is based upon, but I wasn’t prepared for that level of emotion right out the gate.

In a TV world where everything is spoiled, starting the season with Claire’s return to 1948 (and Frank) was a truly shocking moment for me. Claire, a woman who is so admired for her strength in the face of the unknown, returns to her “known” and she’s like a lost child, standing in the middle of the road, crazed, and asking strangers what year it is. It’s such a fantastic twist on the story, this world that she once fought so hard to get back to is now foreign to her, a prison in its own right. She’s an Outlander once again.

With Claire’s return to Inverness also marks the return of Frank, Claire’s (ex?) husband. For all the focus on the lovestruck leads, Tobias Menzies sure can hold his own in a scene. Much like Claire, I look at him and see Black Jack Randall, but a monster Frank is not. He’s bereft, relieved, kind, and incredibly patient where Claire is concerned. It was refreshing to not have to face a lengthy jealousy scene, and outside of the one moment where Frank does show anger, he’s calm, accepting, almost too much so, but you can see the love he has for this woman. 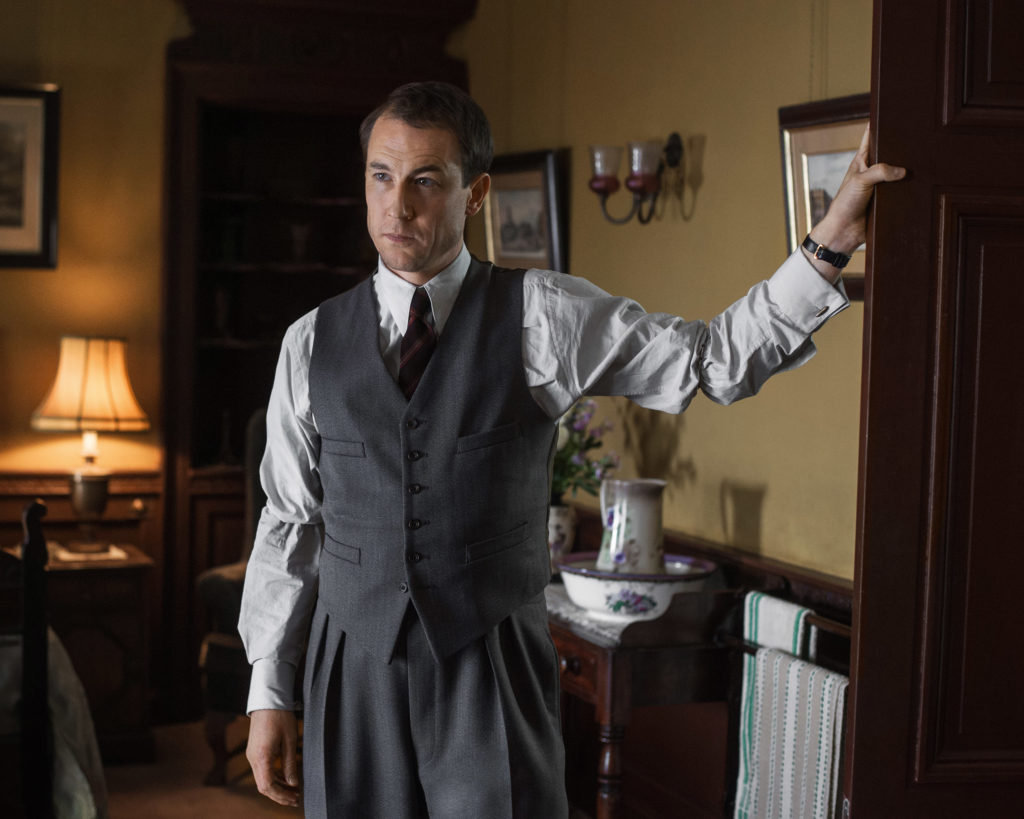 And as much as I love both male leads and praise Menzies for his acting abilities, this is Claire’s show and my goodness does she own it. We don’t need outside characters to tell us that she’s grieving the loss of the man she loves, that much I’d apparent on her face. She’s a woman who knows that even if she does find out what happened to Jamie, whether or not he died at the Battle of Culloden, he’s still dead. And she’s not. No amount of research can bring back the man she loves.

The relationship between Claire and Frank is a tentative one. There’s a scene where he reaches out and she recoils from his touch, having flashbacks to Black Jack and his penchant for torture. Despite the history between them that Claire couldn’t even begin to explain, they hesitantly try to start their life over, even with Jamie’s child in her belly. And even though she agrees to let Jamie go, she still can’t bring herself to take off his ring and Frank, being patient much like Jamie was when they were first wed, told her to take her time. Honestly, this was the most difficult part for me, not because of Frank’s ancestors, but because this signals the moment for Claire when she’s ready to finally move on from Jamie. We don’t yet know what brought her to that point, but we do know that eventually, she goes through the stones again at Crag na Dun.

(And that, Arrow, is how you write a suspenseful premiere surrounding the death of a beloved character.) 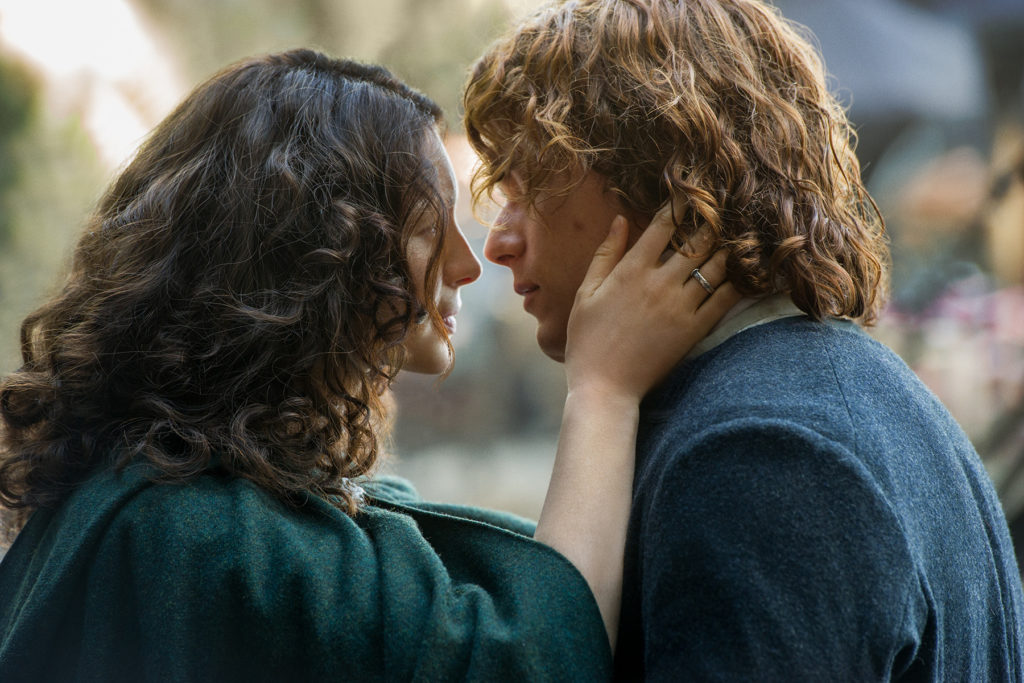 In the past, it’s Jamie who’s still dealing with the grief and torment over his torture from Black Jack and I have to say, I really enjoy the contrast between the two leads in their moments of darkness. Claire is angry and in denial over Jamie’s eventual death whereas Jamie is quiet and introspective. But with Claire, he still opens up and she knows best just how to make him smile. These are my favorite moments between the couple. Sure, the smut is nice and I’ll never, ever turn it down, but these real moments remind you just how much these two characters love one another and it’s enough to make you want to hold your bowl of ice cream a little tighter.

Unfortunately, things aren’t all sweet nothings in France. The Frasers are there to stop the Jacobite Rebellion in Scotland and to do so, they have to go undercover. Jamie easily secures trust from his cousin in France, a high-ranking member in the rebellion. And then of course, Claire being Claire, comes in like a wrecking ball and makes a mess of things down at the docks during a scene involving some men killed of smallpox. Jamie is all smiles, of course, because loud and stubborn Claire is the woman he loves, but it seems that the Frasers may have made an enemy out of le Comte St Germain and their quiet entry into the Jacobite Rebellion is not so quiet anymore.

“Through a Glass, Darkly” definitely wasn’t a dull affair. It was a return to the Outlander we’ve grown to love, full of emotion, action, and a stubborn Claire on full display. If you enjoyed the first season, the season two premiere is a wonderful continuation of the series.

@theworkprint
Follow
Previous article
‘Dancing With the Stars’ Review: “You Should Be a Ride at Six Flags!”
Next article
The ‘Fantastic Beasts and Where to Find Them’ Trailer is here and it’s, well, magical