Missed out on today’s NYCC Crunchyroll Industry Panel? No worries, we got you covered!

So many exciting things are happening across Crunchyroll’s streaming, eCommerce, and Crunchyroll Games. Let’s get going.

The Iceblade Sorcerer Shall Rule the World (Cloud Hearts)

By the Grace of the Gods Season 2 (Maho Film)

Exclusives at the Crunchyroll Store

They also announced brand new figurines of Izuku Midoriya from My Hero Academia and a Nendoroid of Inosuke Hashibira from Demon Slayer: Kimetsu No Yaiba.

There is an upcoming Limited Edition Blu-ray + DVD for That Time I Got Reincarnated as a Slime Season 2 Part 2. This amazing bundle will feature a 120-Page Art Book, special Enamel Pin and more.

New York Comic Con Fans and those at home can use code CRNEW at checkout to get 15% off their first purchase. Don’t miss out.

The Crunchyroll game, My Hero Academia: The Strongest Hero is going PLUS ULTRA alongside the debut of the anime’s sixth season! You can collect in every week in October new Villains, beginning with Shigaraki.

Don’t forget, players can log in daily for exclusive rewards and/or see the special bundle in the shop just for this event!

Players can use the code “NYCCTSH2022” until October 9 to unlock prizes to help jumpstart their adventure! 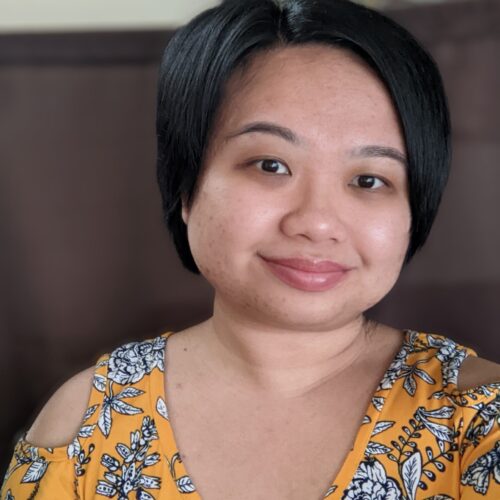 Eileen Ramos
Eileen Ramos is a bipolar Filipina American writer, mental health advocate, editor, and performer. She enjoys immersive experiences and creating experimental works. A fervent book hoarder, she loves abandoning (loosely) connected books, literary mags, zines, small gifts, and a written work inspired by the previous which you can follow on Instagram @abandonedb2dbc. In an effort to break the mental illness stigma, she performs monologues on her psychoses, depression, anxiety, suicidal ideation, and fears of future insanity, for colleges, workplaces, and community spaces. She is a Hello America Stereo Cassette contributor and an In Full Color Alumna. You can find her on Instagram and Twitter as @wordsiheld and on her website: eileenramos.com