Marvel will kick off NYCC 2022 with a 'This Week In Marvel' special focused on Captain America: Cold War

Fans or Marvel comics are in for a chilly new treat to kick off this year’s New York Comic Con! As newly released information on next year’s Captain America: Cold War will see a developing crossover between the current Captain America storylines.

Currently, Steve Rogers’ past, along with Sam Wilson’s conflict with Wakanda, have been the subjects of two ongoing titles: Captain America: Sentinel of Liberty, created by writers Collin Kelly and Jackson Lanzing featuring art by Carmen Carnero, and Captain America: Symbol of Truth, written by Tochi Onyebuchi with art by R.B. Silva.

In the upcoming Cold War event at New York Comic Con, This Week in Marvel will be spilling all the tea about the thrilling comic book crossover that’s coming next year. The biggest revelation to be discussed will be in seeing how Winter Soldier factors into all this. As fans at New York Comic Con will soon find out! Details below:

Co-hosts Ryan Penagos (aka Agent M, VP & Creative Executive at Marvel) and Lorraine Cink (Director of Creative Content at Marvel) return for a lively live recording of the This Week in Marvel podcast! They’ll be joined by an all-star panel featuring Collin Kelly & Jackson Lanzing (Captain America: Sentinel of Liberty), Tochi Onyebuchi (Captain America: Symbol of Truth), and star-spangled Marvel Comics Editor Alanna Smith to talk about what lies ahead for Marvel’s premier shield-slinging heroes. Hold onto your hats, True Believers—Things are heating up as we hurtle headlong into the 2023 Captain America crossover: Cold War! 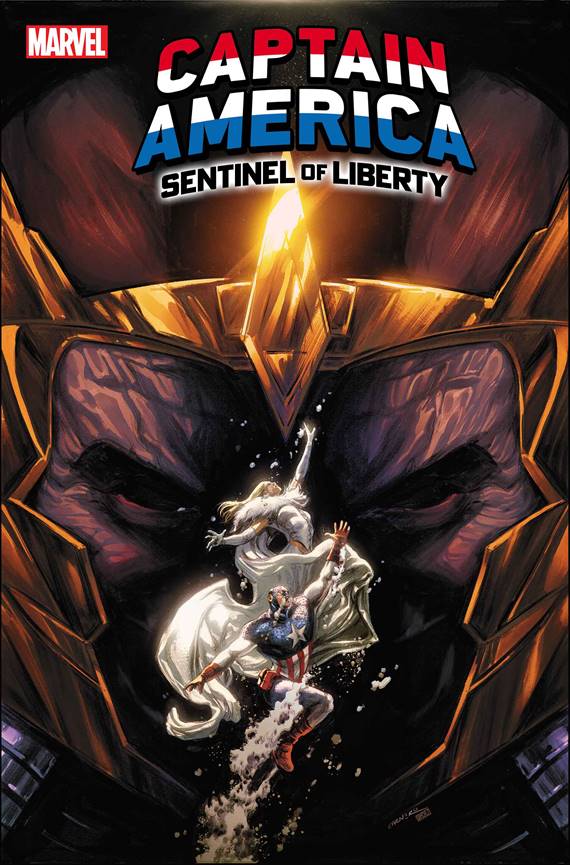 Art and Cover by CARMEN CARNERO

Captain America: Sentinel of Liberty #8 sees Captain America’s allies strewn across the country with gaps in their memories. Who do you call? Well, if you’re Steve Rogers you might know a telepathic mutant by the name of Emma Frost! Although, the old adage applies—don’t ask questions if you might not like the answers…Still, a hero’s work is never done but while Steve and company get up and go to save a city being attacked by A.I.M., the Outer Circle reveals their master assassin: M.O.D.O.C.—the Mental Organism Designed Only for Control! 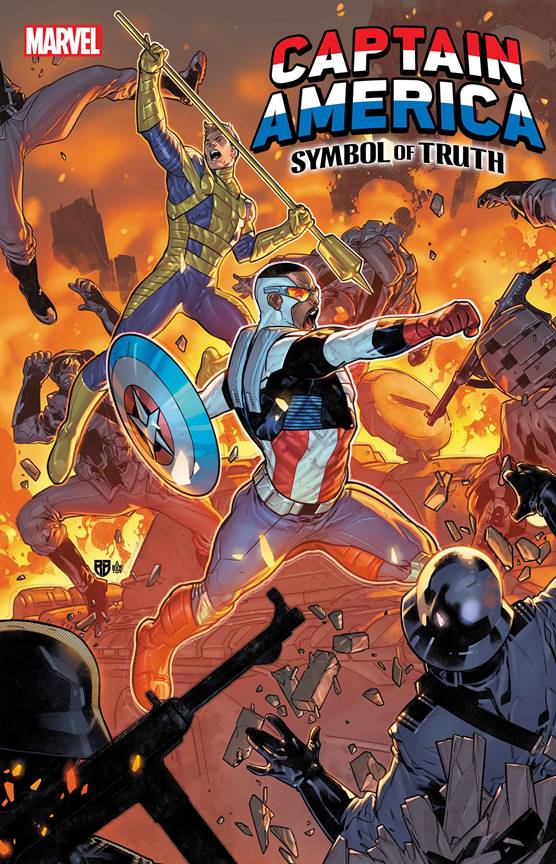 Art and Cover by R.B. SILVA

Captain America: Symbol of Truth #9 finds Captain America rethinking his current battle with the White Wolf when Hunter enlists the aid of an old nemesis of Nomad’s against Mohannda’s people. Sam’s got to deal with the incoming from Dimension Z toot sweet.