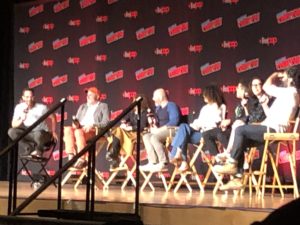 The Netflix show delivered a fun and unique panel that matches its free spirit.

If you haven’t seen Big Mouth, you are truly missing out. The smash-hit tackles real-life issues plaguing prepubescent teenagers as they face the troubles of puberty in an upbeat, interesting presentation. The panel did a great job replicating the vibe of this show, moving away from the typical panel setup to something more casual and intimate.

The panel began with a special, exclusive look at a Season 3 episode where the writers target a certain infamous state, keeping the audience in stitches throughout the nearly half-hour episode.

The panelists were relaxed and spent time reminiscing, even overcoming a broken chair. They talked about the revealed episode and the various inspirations they pulled from to write it and the show in general. This was followed by a long Q&A session, where they tried to answer as many questions as possible.

Here are a few highlights:

I don’t know about you, but I’m excited for Big Mouth to return to Netflix. 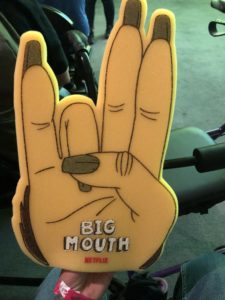