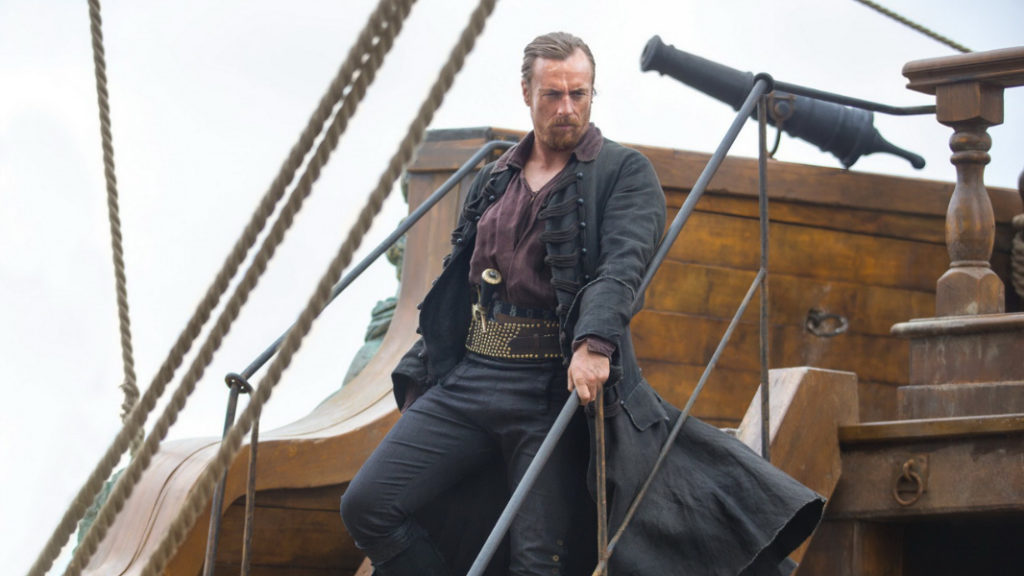 The Black Sails/Da Vinci’s Demons panel at New York Comic Con started off with a bang as Starz announced the renewal of their pirate drama Black Sails for a third season ahead of January’s Season 2 premiere. This marks the second time the network has given the series an early renewal.

“The incredible world that Jon Steinberg and Robert Levine have created continues to unfold in Season 2,” said Carmi Zlotnik, Starz Managing Director. “Flint’s journey is riveting, and around him, Jon and Robert have woven an intricate web of conflict, betrayal, and redemption for the other characters that we believe will keep fans of the show coming back for more. We think that Season 3 will bring even more of the drama and lore that has made it a hit both in the U.S. and internationally.”