Pokémon is currently taking over the world with Pokémon Go, but Nintendo is wise to make sure that gamers don’t forget about the upcoming Pokémon Sun and Pokémon Moon for Nintendo 3DS. Today Nintendo released a new trailer, revealing brand new Pokémon and new evolutions of past favorites. They also explain how your new adventure will take place.

Starting with the juiciest details, 6 new Pokémon were announced: Gumshoos, the evolved version of the previously revealed Yungoos; Mudbray, an evolution of the previously announced Mudsdale; and Oricorio, a dancing bird with 4 different forms, depending on the island you catch it on. As for previous Pokémon, certain types now seem to be “thriving in Alola,” allowing them to discover brand new evolutions. Ninetails and Vulpix now take on Ice/Fairy abilities, Sandshrew and Sandslash have become Ice/Steel types, and Exeggutor has become almost palm tree like in nature. These Pokémon must be seen to be believed. 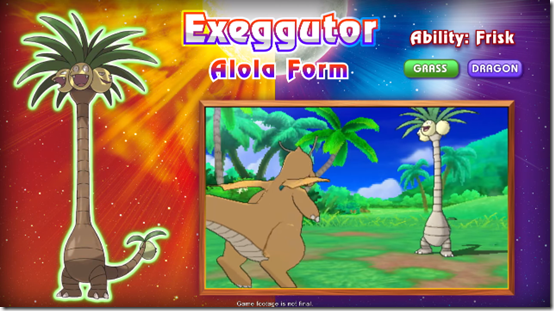 As mentioned above, the new games will be set on Alola, a set of 4 islands you will be able to explore. Each island will have its own theme, and the game’s main quest is now known as the “Island Challenge.” Also, to go along with the island atmosphere, gym leaders are now known as “Kahunas.”

Finally, the trailer also revealed a new special move known as “Z-moves”. Z-moves can only be preformed when a Pokémon trainer and Pokémon have the same Z-Crystal. There is one Z-move per element type, and it can only be used once per battle. 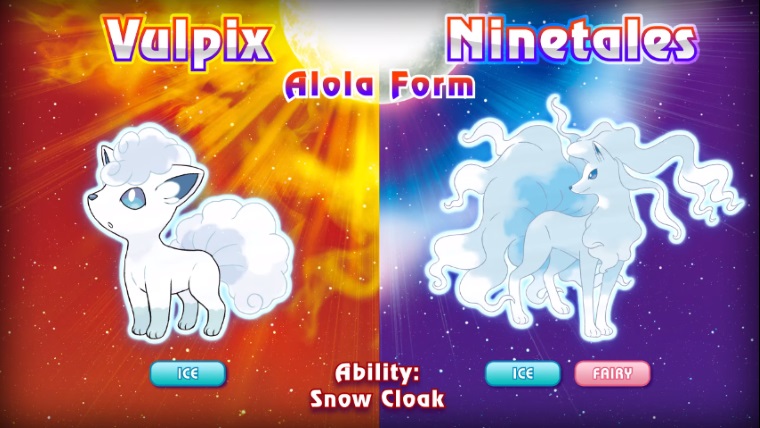 Are you pumped for the next generation of Pokémon? Will you be purchasing Pokémon Sun or Pokémon Moon? Let us know in the comments down below!