In a not too distant future, next Sunday A.D…

Debuting on Thanksgiving Day for your bringing pleasure was season twelve of ‘Mystery Science Theatre 3000! This year, known as MST3K: The Gauntlet.

Marked the 30th year anniversary since the show’s first episode, ‘The Gauntlet’ picks up where we left off last season… by completely disregarding last year’s finale. Which is not to say that it didn’t happen – but rather, that it doesn’t matter. So now, Jonah is no longer dead/eaten, the robots are back in companion action, and for all intents and purposes – the show is back on track and ready to engage in some bad movie riffs.

We covered the first season last year rather extensively. Though this piece will be an overall review of the season itself.

Netflix issued some changes and they reduced the number of episodes from 14 to 6. As such, the show renamed this season ‘The Gauntlet’ and shifted into a more binge-friendly format. Jonah and the bots having to endure 6 gruelingly bad movies back-to-back in the story. And it shows – by seasons end we see our heroes worn thin, while Kinga (Felicia Day) and TV’s son of TV’s Frank (Patton Oswalt) execute their nefarious plans… though of what exactly, isn’t all too important.

Structured with the intention of binge-watching over this holiday weekend (Thanksgiving Marathons of the show were popular in MST3K’s heyday), the season did away with the commercial breaks and cut one host segment per episode, reducing the runtime of each by ten minutes. Now, we get the cold open, invention exchange, and then the movie begins – with two host segment intermissions and a host conclusion at the end of the show. 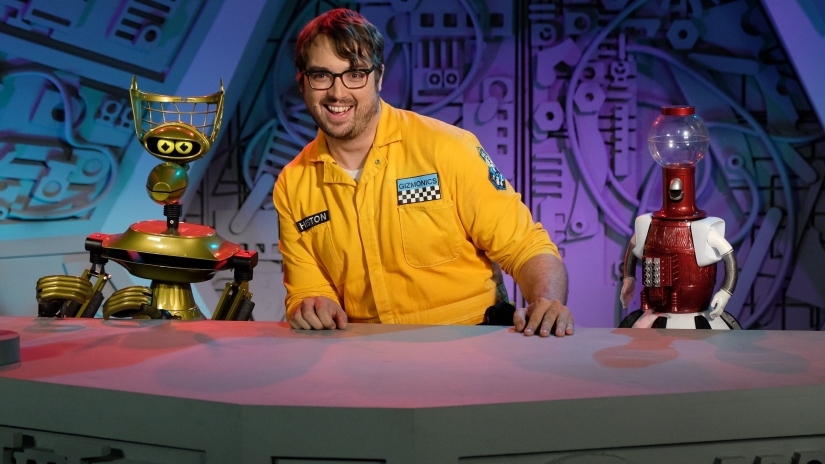 Returning to the series is host Jonah Heston (Jonah Ray) and of course robots Tom Servo (Baron Vaughn), Crow (Hampton Yount), and Gypsy (Rebecca Hanson, who also plays the Synthia clone). Also returning from season one are new robots Growler and M.Waverly, though their parts are often minimized.

The host segments do seem weaker than last year, as the show has a very bare minimum story arc this time around. Whereas things built-up and had an oddly well-structured plot that revolved around the movies watched last season, this time the segments are more for gags – which is fine for some fans, as again MST3K was never about the complications of its story. Though personally, I missed some of the absurd side plots and cameos from last year.

Episode 1: Mac and Me 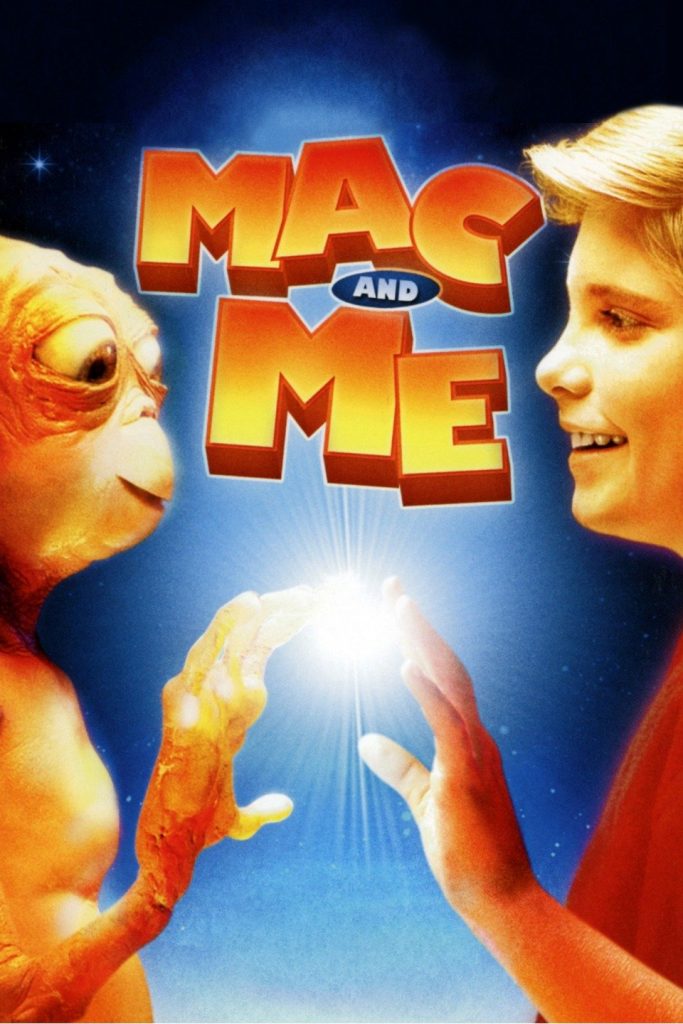 Considered one of the worst films ever made (With a rotten tomatoes score of 0), it was repopularized in the mid-2000’s thanks to a recurring sketch between Conan O’Brien and Paul Rudd.

The long-running sketch between Rudd and Conan.

The movie is a blatant E.T. Rip-off. Though it uses a wheelchair instead of a bike and has an obscene amount of product placement in just about every scene. There’s also this peculiar obsession with vacuums in the film – as the aliens for some adorable reason, easily get sucked into them – defying all sorts of vacuum physics. That being said, I thought this was MST3K’s strongest episode of the season. The jokes are sharp, the riffs flow naturally, and the conclusion itself was so hilarious that even without the riffs, it was still incredibly funny – especially in regards to our current political climate (Watch it and see).

Invention Exchange: This beginning exchange was rather important as it introduces Algernon (A parody of Flowers for Algernon), a pharmaceutical drug that makes Synthia intelligent – giving her more to do in the series (as she was previously a mindless nincompoop). 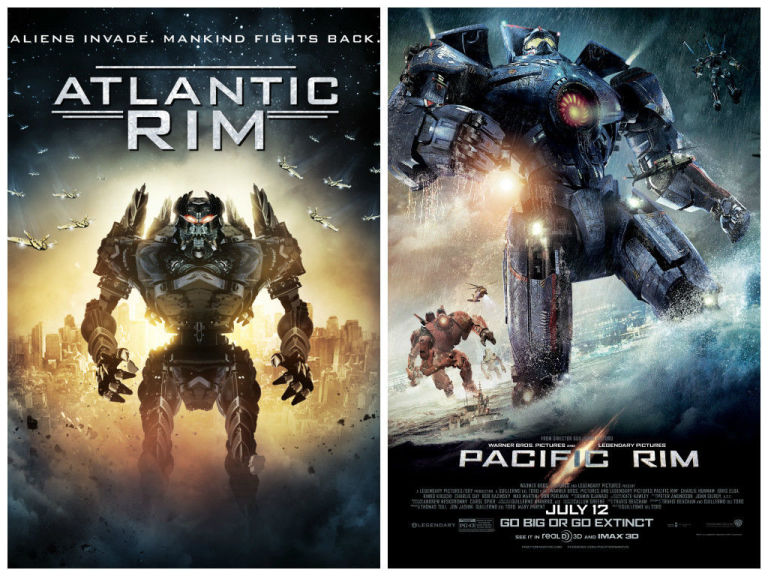 An interesting pick as this was the series first ever attempt on covering an Asylum movie.

For those who don’t know, The Asylum is a studio company known for making ‘mockmusters’ movies of ridiculously poor quality – often leeching off big-titled movies of the time. Originally, the company was known for releasing ‘mock’ titles of major hits: for every ‘Transformers’ there was an Asylum ‘Transmorphers’. For every ‘The Day the Earth Stood Still’ was an Asylum ‘The Day The Earth Stopped’. It’s intention, besides delivering terrible movies, was mostly to frustrate blockbuster (the rental store) consumers to accidentally rent their films by placing their movies next to the big budget blockbusters of the time.

I know this because I was one of these unfortunate people.

In more recent times, the studio was known for its infamously bad Sharknado series. And has more-or-less become a staple of B-movie culture in modern times.

Though despite this, this was probably one of the worst episodes of the season. Whereas MST3K usually picks older B-movies with incredulously long takes to fill-up time (AKA room for riffing), Asylum made movies usually don’t have a lot of these pauses. Instead, their films are a bombardment of just poor quality editing, acting, and plotlines – with lots of cuts between scenes, and very little room to breathe – let alone, crack riffs. Although MST3K tried, modern B-movies just don’t seem to fit their scheme well. Especially this one, which had virtually no redeeming factors.

Invention Exchange: This one was probably my favorite of the season. Supposi-stories! It’s like a story but in your butt.

Episode 3: Lords of the Deep 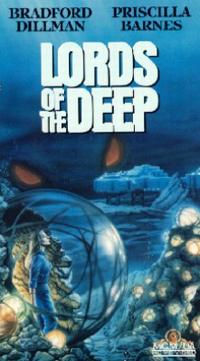 This one was sort of like a long and boring acid trip. Trippy yet ineffective – as the story goes nowhere, and the point of it all gets sort of lost in a sea of mediocrity.

In an underwater colony run by a mysterious and evil corporation, people start going mysteriously missing. They start encountering… dangerous psychic aliens? I’m not entirely sure, as although the threat is meant to be menacing – the show treats its movie monster more as a cute albino manta ray. Also, for a film trying hard to play with the threats of isolationism and mysteries of the deep? It’s rather shallow in that the sets are shoddy and the conflicts are very happenstantial (they happen mostly behind the scenes).

An obvious parody of movies such as the Abyss or Alien. What’s probably best about this episode, is less about the jokes, and more the addition of a new character: Dr. St. Phibes (Deanna Rooney, Jonah’s wife in real life). She’s sort a monster zoologist and the introduction of her character at the end was the only real takeaway from this episode for me.

Invention Exchange: This was some sort of evil puppet marionette that controls our heroes – though one that doesn’t go as expected, unsurprisingly. 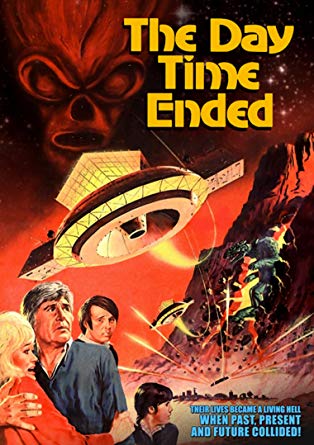 This one was amusing to me because it has probably some of the worst writing I’ve ever seen in a film. And I’ve read a LOT of movie scripts as a screenwriter. It’s a bizarre story, in that it starts in a ranch-like setting that slowly decays into all sorts of non-linear mayhem. Where time and space fall apart, and moments of character interaction and monsters are randomly thrown interchangeably together. The movie, just a string of jumbled scenes using ‘time travel’ as an excuse for very poor editing, scripting, and pacing.

Also, there are horses.

Oddly enough, the plot of the actual MST3K show is at its thickest here. With Dr. Laurence Erhardt (J. Elvis Weinstein) making a return after a decades-long absence. He bequeaths a quest to our villains: an homage of sorts, to be created as a memorial for both their parents, to be finished by the end of the season.

The riffs are also pretty decent in this one. And the ‘concepts’ musical number was one of the funniest musical numbers of recent memory – that really poked fun at the absurdity of this movie. 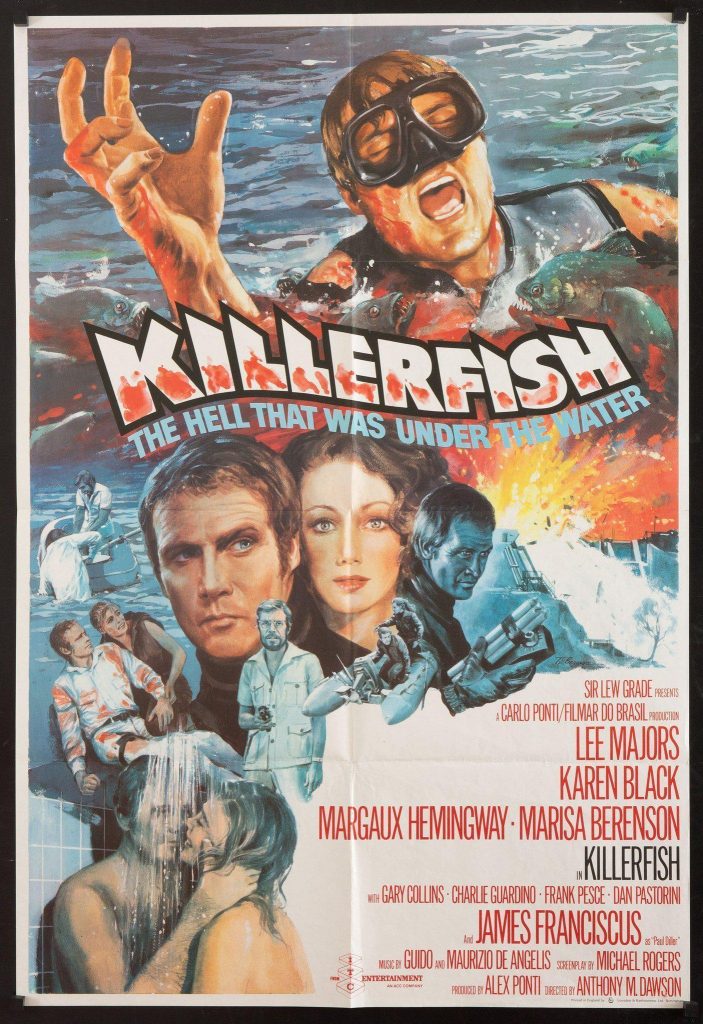 This was a weird one, in that the plot is something you would see in a modern film except that it’s just all executed horribly wrong. After an elaborate jewel heist, a nefarious leader hides the stolen emeralds at the bottom of a Piranha filled body of water – leading to a fishy situation (pun intended) to retrieve the loot. Though who can be able to obtain it? And who can get cut out of the deal?

This, of course, leads to several inevitable double-crosses. Which sounds impressive, if it were not for the fact of how densely spaced out these moments are. Most of the scenes, consisting of dull, tropical island, vacation-like moments (Think timeshare video of the 1980s). At least, this is until the movie’s climax, where we finally sees some killer fish and the inevitable slow ‘consumption’ of said ‘traitors’.

The riffs are above average in this one too. With many jokes poked at Lee Majors, whom many may remember as the six million dollar man.

On the host side of things, most of this episode focuses on showcasing Synthia’s newfound intelligence – and neatly wraps the story arc from the last episode for Kinga and Max.

Invention Exchange: A malfunctioning time-traveling oven and some poor quality alchemist super glue. Both of which, were probably my favorite inventions of the season. 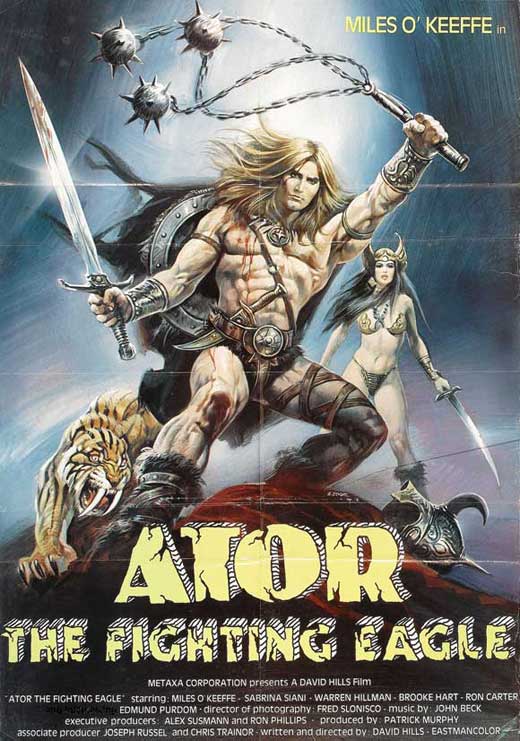 An obvious Conan the Barbarian Rip off. The movie itself is cheesy – with silly costume designs, an obscene love story involving incest? (Yes, I put a question there for a reason) And some of the most gut-wrenchingly bad acting of the season – so overall, it’s fantastic for MST3K. Also, the riffs are on the mark in this one. One gag in particular, also featuring a cute bear cub!

Overall, this was easily one of the most enjoyable episodes of the season.  With funny gags and even funnier story Which makes sense given that it’s the finale.

Yet, the ending for this season was sort of odd. With Jonah seemingly going to earth for a live tour? Which they did do… though it feels very out of place – given that the live tour finished days before the airing of this season. And even though there was a tiny arc about Jonah’s minor act of rebellion, I didn’t find it all that compelling. Especially in comparison to the more well-thought-out arcs from last year.

Invention Exchange: The Swiss army cheese is basically a cheese for every situation. While the Tortino’s Pizza Roll cannon… is not.

MST3K: The Gauntlet is a step in a new direction. Although, I’m uncertain what’s going on between the show and its relationship with Netflix. Though having a well-received first season, the show has had its share growing pains. First, with finding its voice in season one, then with dealing with some significant cuts on Netflix end. There were also rumors of other potential character returns from the original series; yet, despite attempts from Jonah, the older cast members seemed disinterested with the direction the show is going.

For those looking for more host backstories and substance, it’s a little lacking. However, if you’re watching mostly to see some good old-fashioned riffing (Like most people) and geeky in-between movie skits, this season is better structured for that.

You can Watch MST3K streaming on Netflix.