More ‘Splatoon’ Is On The Way

Splatoon is one of the best new IP’s to come out of this generation so far. It’s full of family-friendly characters and atmosphere, but don’t let that fool you; its brimming with hardcore competition (Editors note: for more details you can read James’ review for the game here). Splatoon is a game where I often find myself saying “just one more match”, which eventually turns into 10 more, but is Splatoon too addictive?

In a recent interview with Eurogamer, Splatoon creator Tsubasa Sakaguchi said that he and his team were quite surprised at how quickly users were reaching the games level cap of 20.

“When we were designing Splatoon, reaching level 20 was going to take quite a lot of time. Learning the game mechanics with the gyro sensor – we thought that would take a lot of time. In that sense we’re surprised that people have reached the level cap in such a short time. We’re actually really worried about those people – worried that they’re still sleeping and eating!”

With so many players already reaching the level cap, people are wondering if the cap will ever be raised. While Sakaguchi didn’t give a direct answer, he did hint at the possibility.

“We recognize that a lot of people have reached level 20, and that there’s not much left to do in the game. There’s not much I can announce today, but I hope you can look forward to some future announcements.” 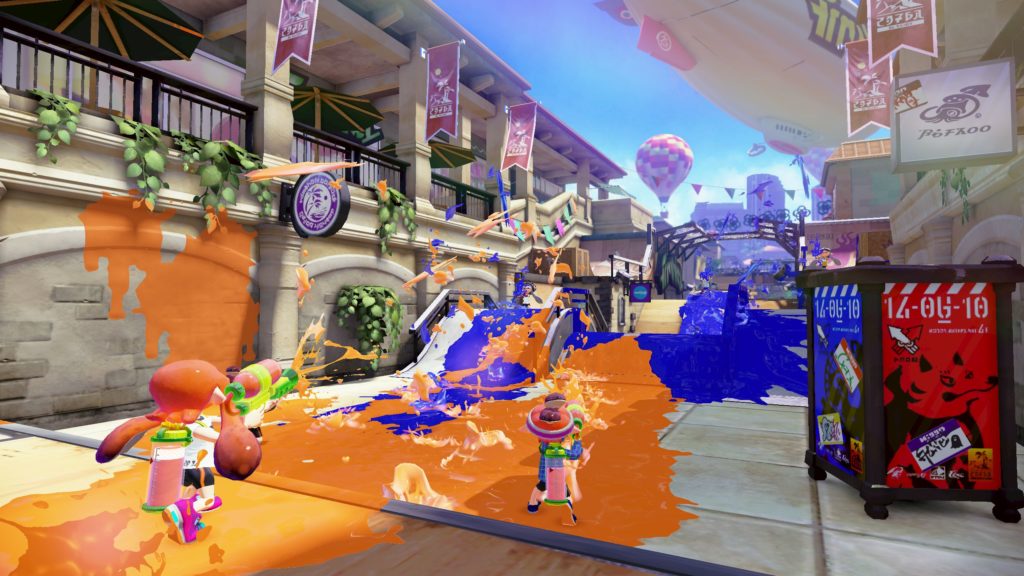 One of the main complaints from fans of Splatoon, besides the lack of voice chat, is the inability to make a team with friends. Currently you can join friends games, but the teams and stages are always randomized. Have no fear Inklings! The ability to create games, as well as additional levels, weapons, and content, will all be coming with a major update in August.

In the interview, Sakaguchi said that some players switch away from the gyroscope controls, to a more traditional twin stick control scheme, but he hopes players will give the new option a chance.

“About 70-80 per cent of players are using the gyro controls. That’s not to say we’re forcing it on to them. From our point of view, we think that the gyro controls are the best way to play Splatoon, the reason being there are two main movements you need for a shooter. One is moving the body, the other is aiming where you’re shooting. In that sense, we think for Splatoon the gyro gives that subtle movement and more precise actions to be able to really experience the game in a much better way.”

Lastly, Sakaguchi and his team hope that Splatoon will be an IP that will carry on for many generations. With the low hardware sales of the WiiU, and the dawn of the NX slowing coming upon us, I really do hope that as many people as possible get a chance to experience this unique online shooter in the future.

“We’re extremely happy about the response we received from everyone, but we feel it’s just the start. Splatoon, our main goal, is for the people who are currently playing, when they become adults, to pass it on to their children.”

Are you a fan of Splatoon? Are you still playing this additive shooter? Or did you stop after hitting the level cap? Let us know in the comments down below!