More Indie Games Than You Can Shake a Stick At: A PAX Prime Love Story

As fun as it was getting to demo the AAA games at PAX, the best part for me was finding unexpected indie gems and falling in love. It was like surfing through a Steam list, but in person. I’m not the only one who seemed to think so as these booths were significantly more crowded than I would have ever imagined, but I’m all about that indie spotlight, so here’s a few games I had the chance to play while mingling on the PAX floor: 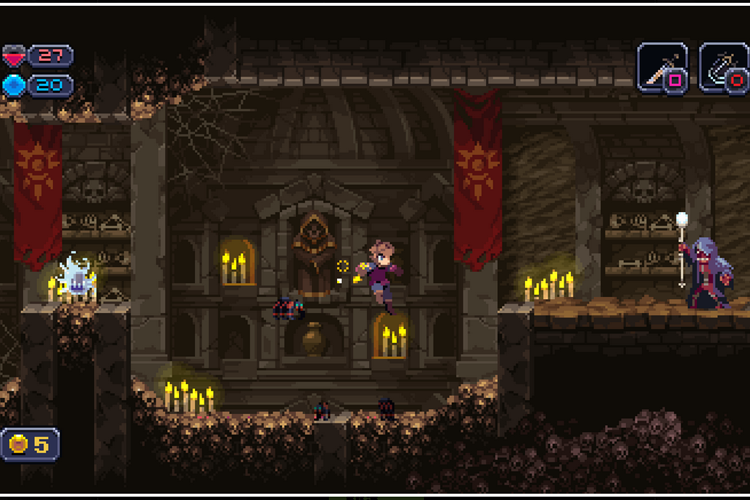 A cute roguelike with more platformer aspects than what I’ve become accustomed to seeing in such a game, Chasm is the epitome of a modern Metroidvania. It also has a bit of an RPG style to it, allowing you to eventually find or create armor and weapons and skills. It’s like Rogue Legacy in a way, only there’s a larger narrative at hand and less fart jokes, which is a bummer, but the game is challenging so if you like your platformer with a dash of masochism, Chasm is right up your alley. 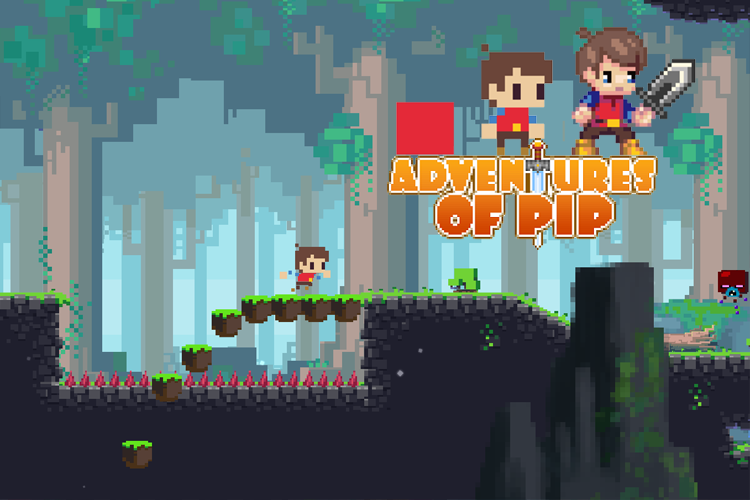 I’ll have a longer review coming for many of these games, Pip included, but Pip embodies so much of what I love about platformers. You take on the role of Pip, a small red pixel as he navigates through different levels to save the world. The charm isn’t in the story so much, but it the gameplay. It has its own brand of challenge with the evolution and de-evolution mechanic, allowing you to “evolve” Pip into a pixelated character and then again into a more 3D boy. (He’s a real boy!) Each version of Pip has its own pros and cons and the platformer is more puzzle than it is timing jumps, which was a big hit with me. Designer Marc Gomez told me that “In games like Mario, the goal is to get the mushroom, to be bigger to win, but in Pip, that’s not always the case. In Pip, sometimes it’s better to be small.” Yes, better, and more adorable. 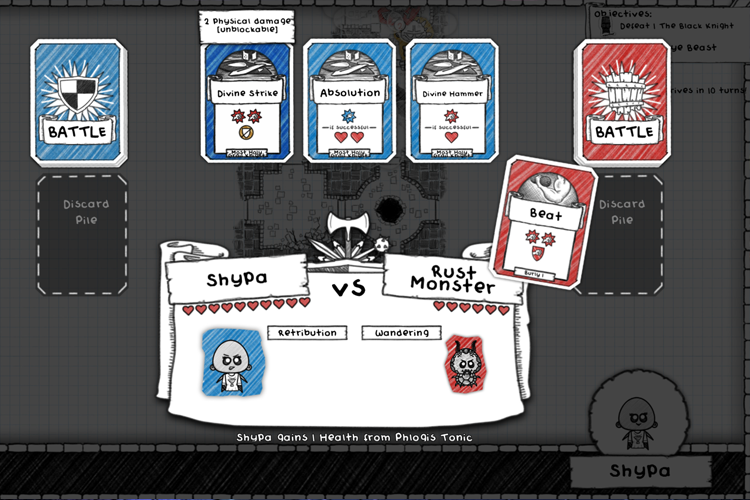 I’ve already played a disgusting amount of the original game and I’m here to tell you that Guild of Dungeoneering is amazing. The expansion just adds more characters (pirates!), weapons (swords!), and levels (ARGH!) to an already great game. Go play it.

Okay, my editor is going to yell at me to talk about the game so to preempt his nagging (Hi Bilal!), I’ll describe the game. Essentially, you take on the role of guild leader and it’s your duty to send your guild members into dungeons to collect gold for you. As you progress in level you get to expand your guild, building workshops and bringing in specialized members. Exploring the dungeons requires you to build them with randomly generated cards, which could be dungeon rooms, enemies, or even gold. The battle system is turn-based, also involving the cards, and you choose your attacks from a set of three, hoping to best your foe in wits and the luck of the draw. It’s great fun for any RPG nerd like myself. 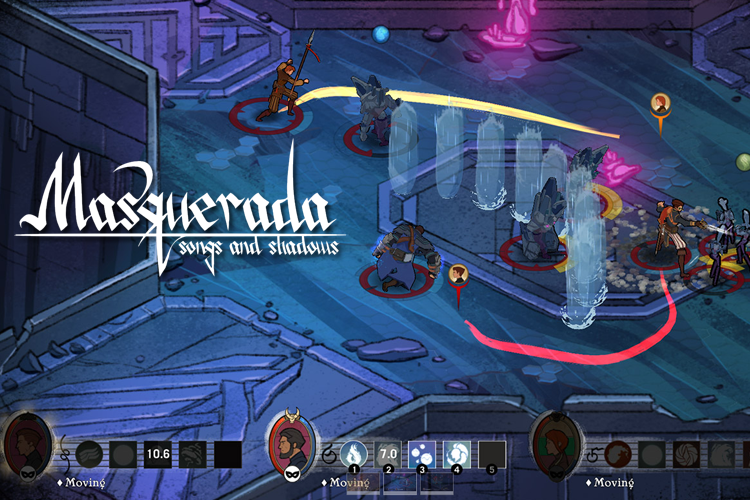 The love child of Dragon Age and Diablo, Masquerada is a classic take on the isometric RPG. The art is what stands out the most in the game, but I went in knowing nothing about the game and came out completely in love. The demo didn’t hold my hand, which was a bit jarring, but wielding my gaming experience like a battered shield, I figured out the fighting mechanics and that I was able to control all three characters in my party. You’re able to pause and plan your attacks, just like in Dragon Age, but I found the game more fun in real-time, casting spells like whoa. I don’t know much about the story or what else is in store, but I’m excited to give this game a whirl for real when it launches in 2016. 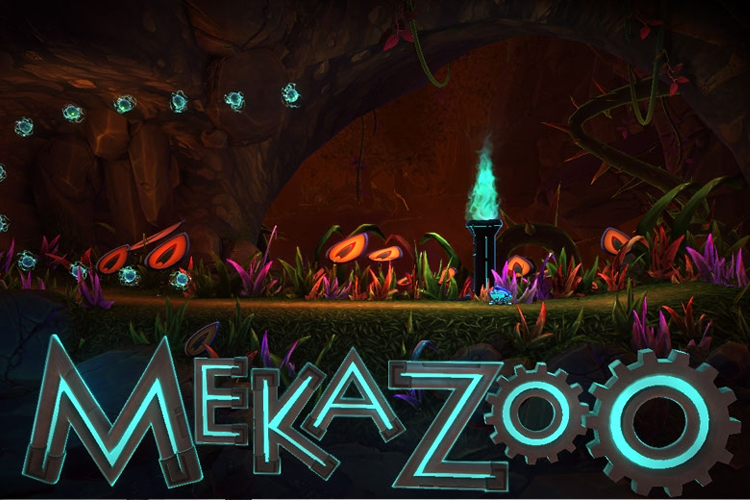 Mekazoo is a 3D platformer and it was one of the more polished indie games I had the opportunity to play at PAX. Like the name implies, you play as mechanical animals, each with their own pros and cons. For instance, the frog can jump high and swing from platforms but the armadillo can tuck into a ball and zip through levels a la Sonic. Each level has several ways to finish depending on which animal you use and your goal is to collect as many pretty gems as possible, so there seems to be a ton of replayability. However, some of the controls didn’t seem to work as intended as I wasn’t sure which ones controlled certain moves for the animals, especially the speed boost for the armadillo. I think the lack of a tutorial in the demo contributed to my confusion.

There isn’t much in the way of plot but with a platformer, I’m okay with that. As long as there is challenge and fun, I’m good to go. Mekazoo offers plenty of both with changing perspectives, fast-paced level runs, and a plethora of hidden areas. You collect more animals by beating a boss of the same kind, thereby allowing you to play as any of the five animals: frog, armadillo, pelican, wallaby, or panda. 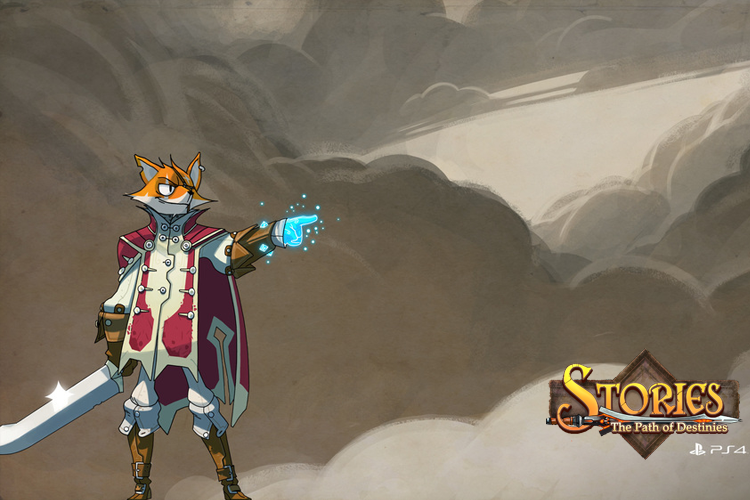 Like some of the other games on this list, Stories is still early in development. You take on the role of a fox named Reynardo, opening his book and helping him to make decisions that affect a world at war. It can be a bit intimidating at first, and confusing, so let me elaborate: at first during the demo, I was given a choice to rescue Reynardo’s friend, stop a crime, or steal a powerful ancient artifact.

I chose to save Reynardo’s friend and upon completing that mission, I was able to move onward and continue with rescuing those close to the revolution or do the second part of the ancient artifact mission. I chose the later, closing all doors to any of the other options. There is no going back and finishing quests that weren’t chosen in Stories; you can only move forward.

I love the concept of Stories, making hard decisions for your character, and the art makes it play out like a fairy tale, with talking animal characters and fantastic plot lines full of war and intrigue. However, even though the idea was good, the execution in the demo wasn’t up to par. Combat wasn’t fluid and felt incredibly sluggish which is a drawback considering much of the game’s demo was combat. For the most part the game was linear, which I expected from a game with such choices but I would have liked more exploration in the levels themselves. Or at the very least, more puzzles. It played out like a Bastion-copy with a cheeky narrator and the ability to destroy barrels which isn’t a bad thing per se, but I expected more originality in the levels. As I said, the game is still very, very early on in development, so here’s hoping things start to come together. 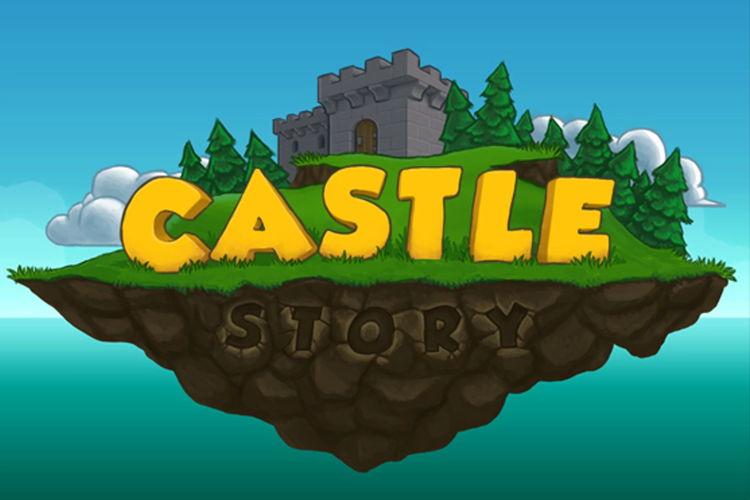 I love building games. Have I ever mentioned that? Because I do. Cities: Skylines, Terraria, Banished, Stonehearth, Gnomoria, (I won’t even get into all the hours I’ve spent playing Minecraft) are all games that I play regularly because of my need to be in control and create. Castle Story is still VERY early in development, and that much was apparent from the demo, but what I’ve had a chance to see I enjoyed. Similar to the other games I’ve name-dropped, Castle Story allows you to control “Bricktrons” to build your, well, castle. It’s voxel-based, so you can build pretty much anywhere you want. The UI was less confusing than some of the game’s counterparts, which was refreshing, but it did lack depth to make it stand out in the genre. Enemies attack, you defend with your Bricktrons, then build again, farm materials, repeat. I enjoyed the physics aspect of the game but I didn’t get a chance to experience real strategy.