Monica Rambeau, AKA Photon, is Coming in Hot With New Marvel Comic Series

While Monica Rambeau has actually been a star in the Marvel superhero pantheon for nearly four decades, it’s only now, that she’s finally taking center stage in her own story. Coming this December Monica headlines her first-ever solo comic series. Audiences, get ready for a five-issue limited-run of Monica Rambeau: Photon! Written by lauded author and academic Eve L. Ewing, with art by Michael Sta. Maria.

It all starts when Photon is entrusted with an extremely unusual cosmic delivery. A simple mission, if the stakes would just stop getting raised, as enemies from the stars, along with longstanding family drama, get in Monica’s way.

“It’s such an honor to be taking on the story of a legacy character like Monica Rambeau,” Ewing said in a press release from Marvel. “Monica’s character has a long history in the Marvel Universe, but she’s way overdue for getting her own story told. I’m picking the pen up from the legend himself, Dwayne McDuffie, who put out the last Monica Rambeau solo adventure almost three decades ago. It’s a privilege and I’m excited to tell the story in a way that both highlights her incredible cosmic abilities as well as her everyday, relatable struggles. I hope this will be a title that has something equal to offer to veteran readers and folks who may be brand new to comics.”

This Marvel icon has spent most of her career as leader and team player helping the likes of the New Orleans Harbor Patrol, The Avengers, and The Ultimates. Now, a new reality-shattering catastrophe will catapult her into the spotlight alone. Knowing the fate of it lies on what she does next, forces Photon to push her astounding abilities to their limits and beyond so that audiences can finally answer the question: Just what is Photon really capable of?

Find out in this enlightening trip through time and space. 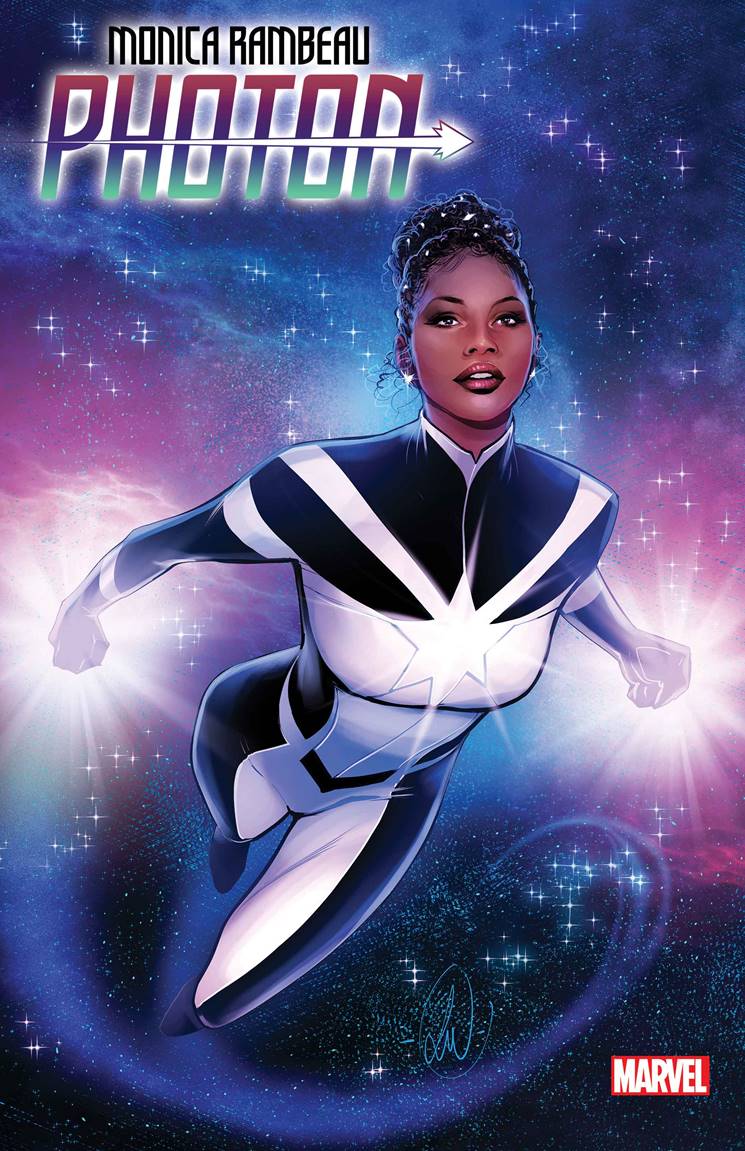 Previous article
She-Hulk Episode 2: Superhuman Law Review
Next article
Is the Spider-Verse Ending!? Check out The new Spider-Man #1 trailer to find out!