Minions Review: All Giggles, No Heart 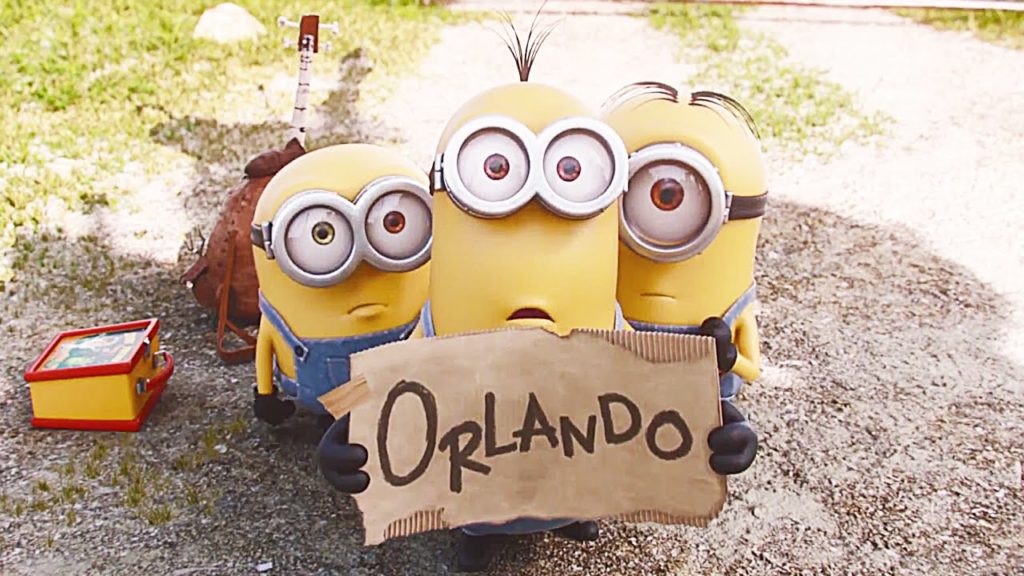 
It was five years ago when we first met the adorable yellow creatures known as Minions in the animated hit Despicable Me and now after one sequel, a slew of shorts, a video game, and an amusement park ride, the little guys have gotten their own film! And you better believe said film was built solely for raking in the cash.

Starting out in prehistoric times, the simply titled Minions opens with a rollicking journey through time as the adorable (and seemingly immortal) dudes journey through time seeking out the most evil villains for whom to serve as henchmen. From t-rexes to cavemen and even Napoleon our heroes try their best to serve their masters but always manage to make a mess of it before moving on to their next doomed idol. But after one particularly long wait in a frozen cave for their next master to show his/her/its face, three brave minions named Kevin, Stuart, and Bob venture out in search their next boss in hopes of reviving their down and out tribe.

Their journey takes them to 1968 New York City and then Orlando for a Super Villain Convention where they encounter and come into the service of ultra villainess, Scarlett Overkill (Sandra Bullock) and her dimwitted husband Herb (Jon Hamm), in a plot to steal the Queen’s crown jewels. What follows is a heist film that turns into a wild chase adventure through the streets and skies of London with banana-crazed gags at every turn. 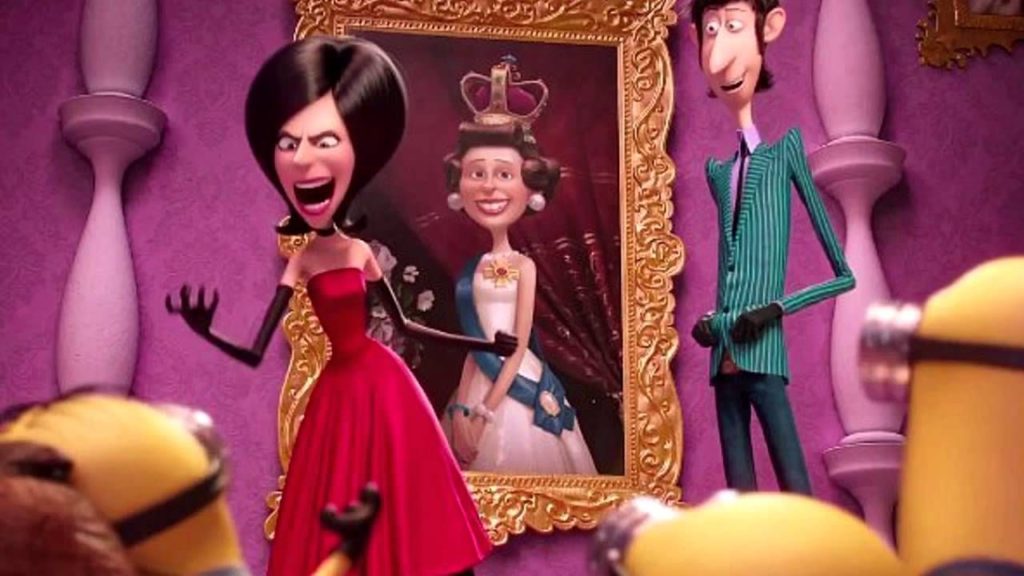 Is it fun? You bet your ass it is. If you’ve ever giggled at the antics of the minions in their previous adventures you’ll likely find yourself with a big, dumb smile on your face through most of this film’s brisk 90 minute running time. The jokes come fast and furious and the plot moves along like gangbusters in a way that will keep even the most easily distracted child entertained from start to finish. But those looking to be moved in any way are likely to find themselves walking away disappointed.

I hate to compare apples to oranges (or The Godfather to The Three Stooges for that matter) but watching this so soon after Pixar’s masterful Inside Out really is big leap downwards and shows a wide chasm in the possibilities of animated family entertainment. Where the Pixar film challenges viewers to think about the human condition and reflect on their own emotional development, Minions merely tries to make them laugh. 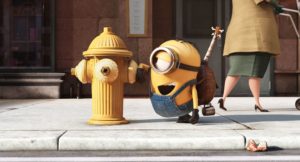 Minions is a handsomely produced flick with good 3D, a strong (if underused) cast of voice talent, and plenty of laughs for humans of all ages, but if you’re looking for something more you know where to turn instead.

@theworkprint
Follow
Previous articleXbox Ultimate Games Sale Begins Today!
Next articleMicrosoft Wants You to Get into the Groove