I apologize for being MIA the past few episodes of Runaways. Part of this is due to real-life obligations/the holidays, but it is also because I have been growing increasingly disappointed with this show. While I was still unimpressed by the first half of this week’s episode, by the end of Doomsday I had hope for next week’s finale and what a second season of the show could bring.

I went into the pilot of Marvel’s Runaways very excited and with high expectations. I absolutely love the comics and having Josh Schwartz adapt it for Hulu felt like a personal birthday present. When I watched the pilot, and it was apparent that the TV adaptation would be deviating from the source material in certain aspects, I was even more excited. This meant that I would be able to enjoy the essence of what I loved about the comics but still be surprised and engaged by plots twists and turns.

Over the past couple of week I have been trying to figure out what has caused me to lose so much interest in the TV version of Runaways. At first, I thought that I was comparing the show to the comics too much and that I was more obsessed with figuring out how things would turn out if things didn’t happen like they did in the comics. What I finally realized was that my issue is that the changes made directly impact aspects of what this story is fundamentally about.

The biggest mistake the show made was to minimize the evilness of the big bad: Pride. Brian K Vaughan has stated that the main premise behind the series creation was “What if you find out your parents actually ARE evil.” From the onset of the series, Pride were the evil overlords of LA. An ever-present theme throughout the comics, and a phrase that was stated many times was “Don’t trust adults.” After they run away the teens operate under the assumption that any adult they encounter could be evil.

My main issue is with the introduction of Jonah. Instead of being evil masterminds working for Gibborim, Pride is a group of individuals who were unknowingly lured into making a deal with the devil (except for Leslie and Tina who were aware of the devil). As was referenced in “Metamorphasis” most of Pride didn’t realize that the gifts that Jonah bestowed upon them came at the price of human sacrifice, and by the time they did, it was too late to get out. Jonah’s role as the mastermind behind Pride decreases the culpability that the parents have regarding their actions. While the parents are undeniably committing heinous acts, the fact that they were originally conned into murdering runaway teens makes them more sympathetic characters which fundamentally changes the relationship between the teens and their parents. 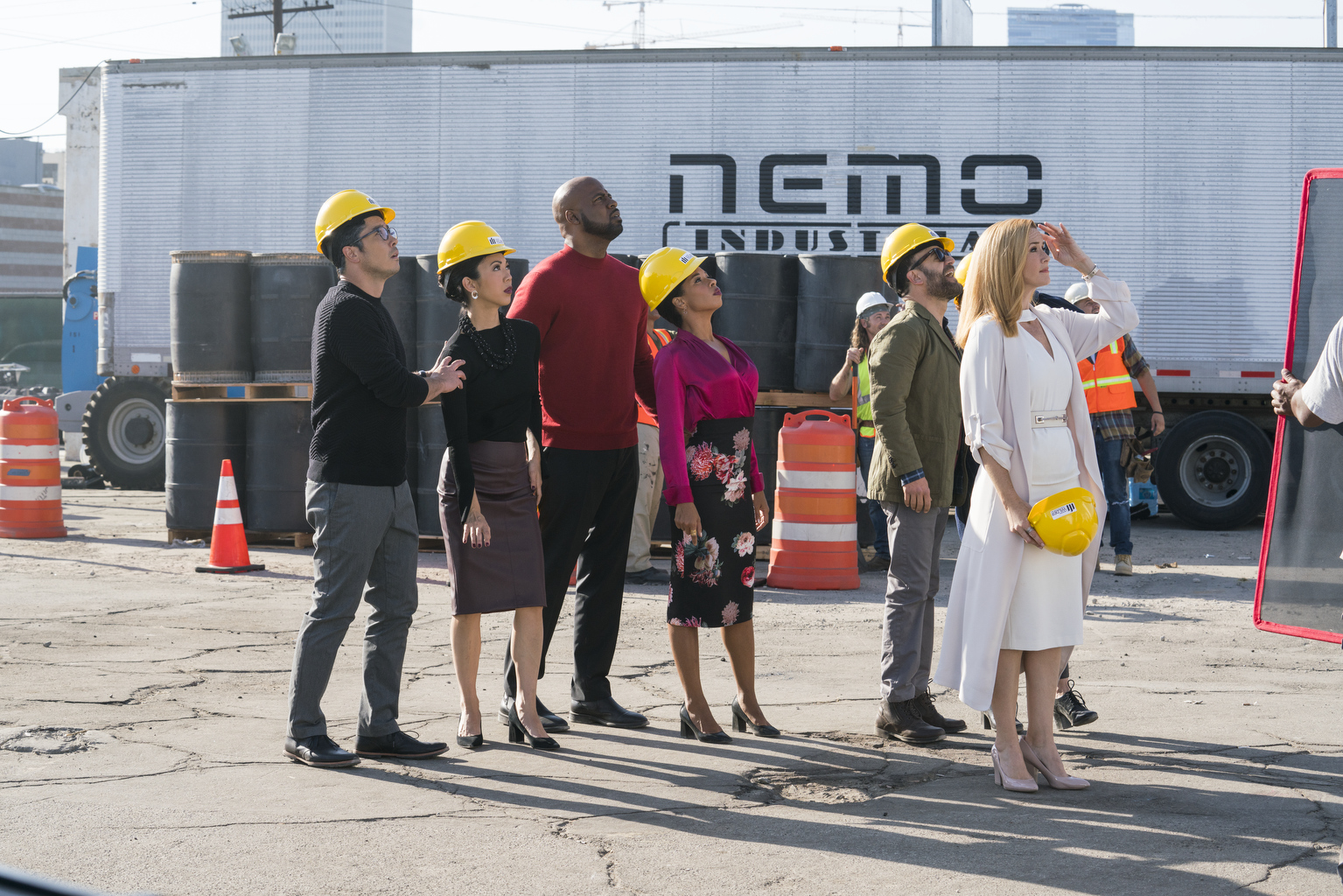 Another aspect that frustrates me is what seems like the erasure of the show’s connection to the Marvel-verse. I first noticed this in Metamorphasis when Tina tells Nico that the Staff of One reads her mind by pricking her finger and using electrical pulses through her blood, or something like that. My first thought was “Did they really just use science talk to explain away the Staff of One?” But my second thought was even more important: this means that Nico isn’t a witch. Instead, the only connection that the Staff of One now has to magic is that it was created at a tech company called Wizard.

Then, this week on “Doomsday” the origin of Molly’s power also gets muddled and confusing. Up until this point, I thought it was safe to assume that Molly was a mutant. In the comics she and her parents were mutants, and the show seemed to follow this route as well. It was expected that her search for information about her parents would yield information about her mutant abilities. Well I was wrong because her search for information about her parents led her to a VHS where Mr. and Mrs. Hernandez warn their daughter that Pride dig site isn’t actually renewable energy but instead rock holes with mutant fungi that will destroy the world. Then, through a flashback, we learn that baby Molly most likely got her powers from poking those mutant fungi rocks. What the actual F is going on right now. 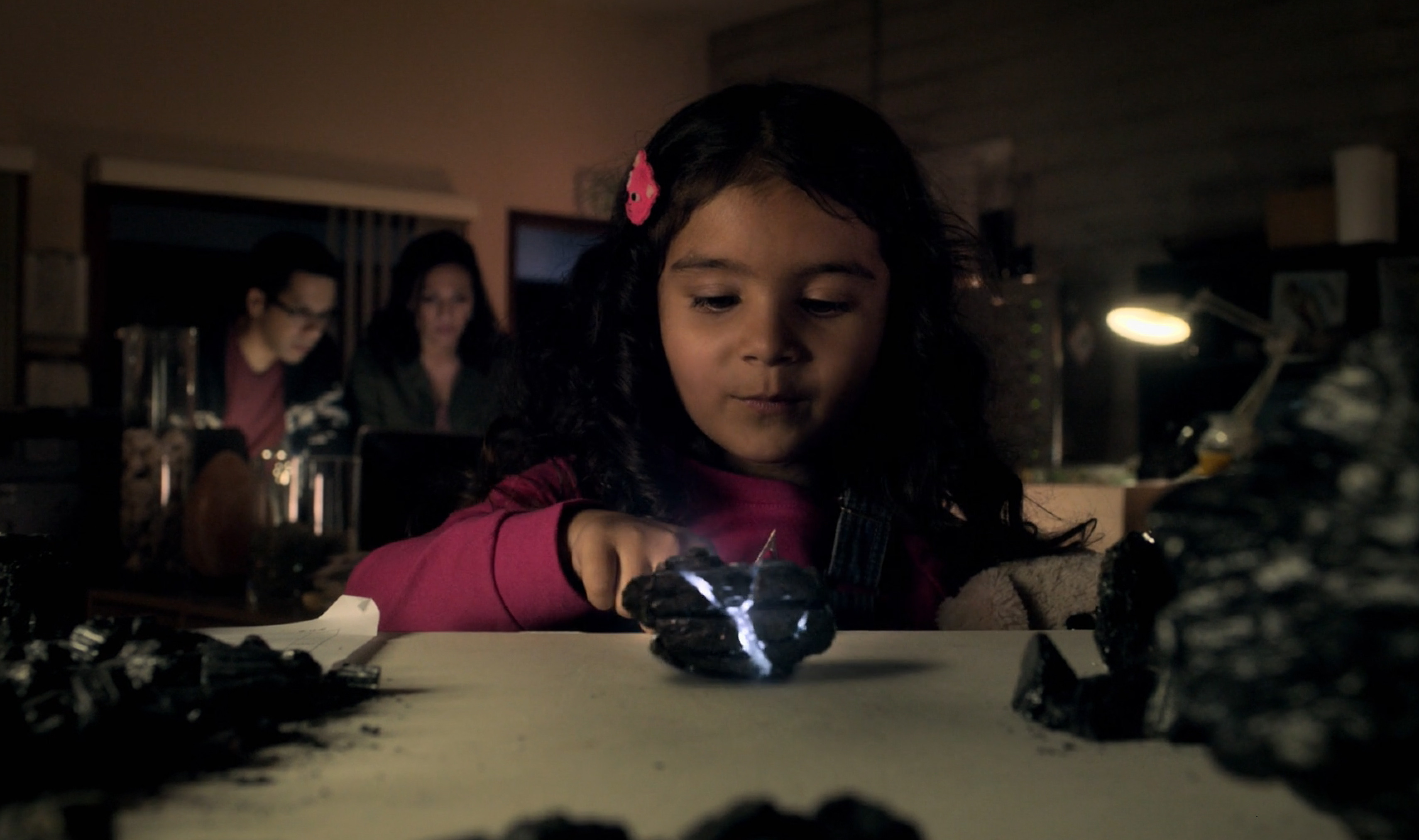 The Dance of Love

I know I just spent a good portion of this review criticizing this show, but this episode did have it’s good moments. Namingly, everything from the dance on.

The teens decide to try and stop their parents from destroying the world and use the school dance as their cover. And boy, do things get hot and steamy at this dance.

When Gert arrives at the mansion that their dance is held, she immediately heads inside to find Chase. And find each other inside they did. Man I love these two. I love how Chase smiles when he talks to his mom about Gert. I love the way that Chase looks at Gert. I just love them. While at the dance, the pair reflect on how crazy their life has become, and decide that since this may be their last night on earth they should have a final dance. And by final dance I mean run off into the abandoned wedding hall to have a quick sexy sesh under the chuppa. 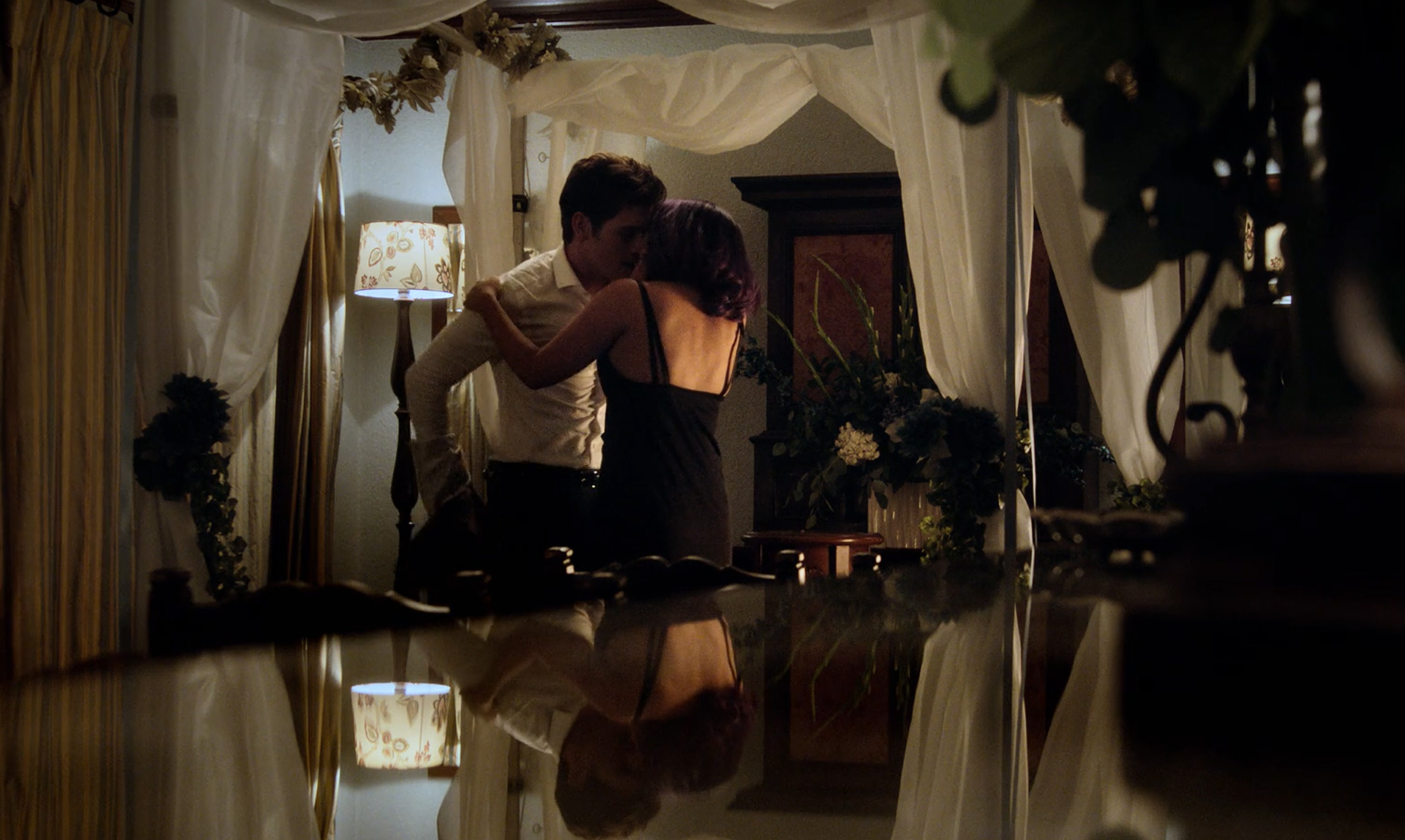 Outside in the car the rest of the kids are wondering where Gert and Chase are so Nico and Karolina form a search party and head into the mansion. Once inside, Karolina decides that she too must seize the day, and she gathers all of her courage to finally kiss Nico. To Karolina’s surprise, Nico kisses her back. SHE KISSES HER BACK! I don’t know where the show is going to take this, but dear lord, this was amazing. I just really hope they don’t have Nico explain away the kiss by saying she was upset about Alex. 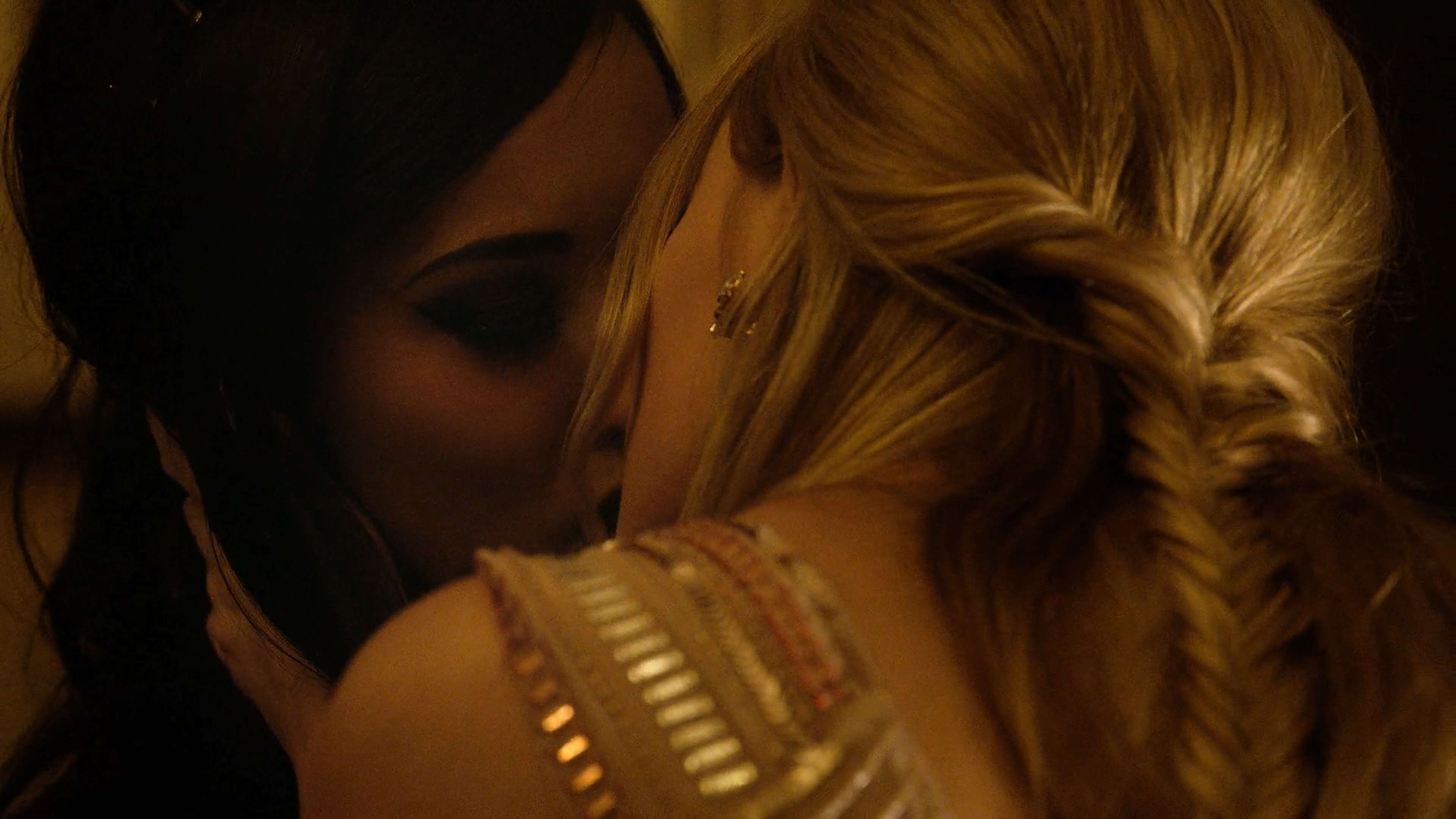 The four lovebirds rejoin the rest of the team and head over to the digsite where they reach their first roadblock: Gibborim Security. Karolina advises the security guard to call her father Frank who she has been confiding in regarding the nefarious action of Pride. She is sure that he will vouch for her far fetching story of needing to enter the construction site for a school project. What she doesn’t know is that Frank has been feeding all this intel to Jonah, who informs Pride of their children’s whereabouts.

When the runaways enter the dig site they find a much larger hole than they ever expected, and decide to split up to conquer the hole. Full disclosure, I really do not understand their plan. First, Molly and Karolina are tasked with pushing a large truck into the hole possibly to see how deep it is? What ends up happening is that Molly pushes the truck all by her lonesome while Karolina shouts words of encouragement from behind. Next, Gert and Chase go to try and stop the drill using tech knowledge. The pair take this time to have a non-talk about having slept together under a chuppah a mere hour before. Gert, unsure how to process the events, reverts back to her coping mechanism of calling Chase stupid and calling the affair a one time deal. What she really means is “I can’t deal with the possible end of the world and the fact we just slept together at the same time so I am just going to be mean to you.” Chase is confused and taken aback, but he has more important things to think about, like destroying the computer controlling the drill with his fistigons. 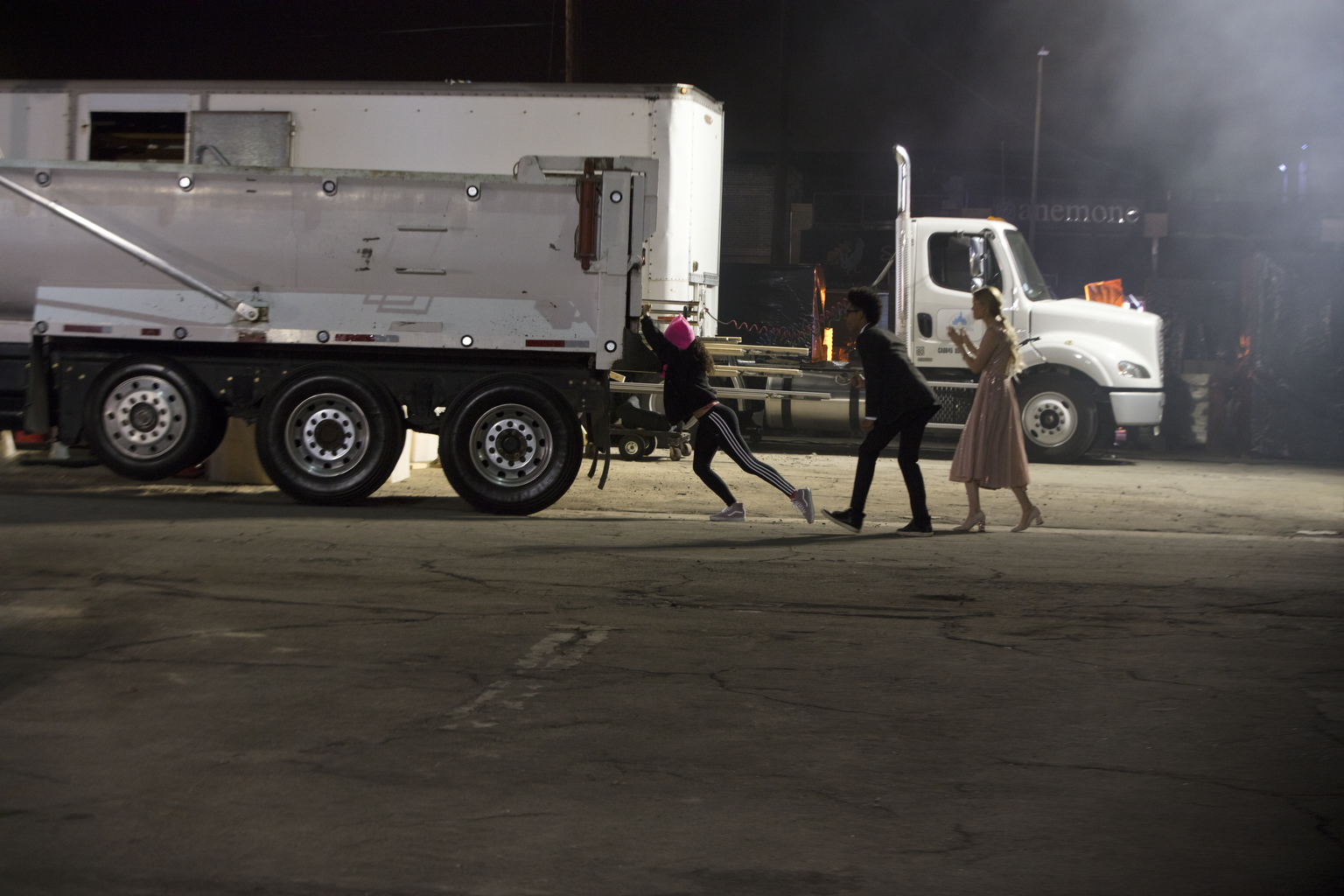 With the truck in the depths of the hole, and the machinery blown to smithereens there is only one thing left to do: fill the hole. Nico uses her handy Staff of One to cast a “Fill the Hole” spell but as she does the Staff magically flies out of her hands into Tina’s who has just arrived with the rest of Pride. It is time for the teens to confront their parents face to face.

Previous article
‘Star Wars: The Last Jedi’ – The Lightsaber That Could
Next article
‘Game of Thrones’ to Return in 2019 With Final Six Episodes